Industry » Yacht Technology » The High-Speed Engineering Talent Behind ZediSense
« BACK

The High-Speed Engineering Talent Behind ZediSense 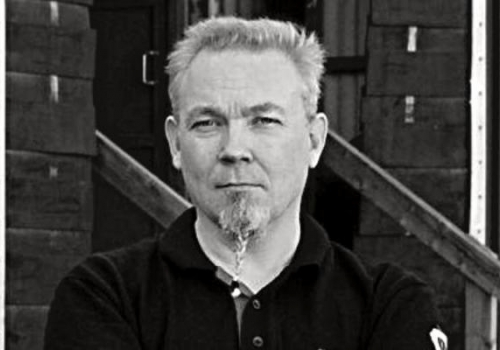 If you want a job done right, as they say, you need to do it yourself. And so it was that Jaakko Saarela, Chief Software Development Officer at VTT SenseWay, became the lead developer for ZediSense - the company’s new and ground-breaking person-in-room sensor. And since day one, he has delivered a job that is indeed done right and done to perfection.

With his background, his training and his long fascination with technology, gadgets, programming and hardware, Jaakko was the perfect person to lead the development of ZediSense now and into the future. Responsible for the complete design, engineering and programming of ZediSense, he has the final technical say on components and design, taking a hands-on role in the implementation and testing of the product.

Jaakko was born near a small Finnish town named Kuopio. Throughout his life, he had an interest in tinkering, whether that was building gadgets or high-speed motorbikes. “I had a motorcycle with nearly 300 horsepower,” he revealed. “I was participating in high-speed driving competitions on the airfields. These were standing mile competitions. My personal speed record was just over 350km/h, which placed me around 9th in Finnish records!”

Despite the major life interruptions caused by several subsequent house moves, he ultimately graduated from a small technical institute as an Engineer of Embedded Systems in 1994. “There was an entrance exam for acceptance into the programme,” he recalled. “I didn’t pass it the first time that I applied to study there. Luckily, I passed the second time round!” he remarked, chuckling.

After an extended period of working for Nokia, Jaakko joined Rolls-Royce and went to work in its Ship Intelligence team. There, he met Jere Laaksonen and Anu Peippo, his future partners at SenseWay. He soon noticed the leadership qualities in Jere - who would go on to be CEO at SenseWay. “I was impressed by the way Jere led the demonstration project we were all part of. I’d come from the corporate world where I saw a lot of managers but very few leaders. Jere had exceptional skills in leading the project towards its conclusion.”

When the opportunity arose for the three of them to join SenseWay together, they’d become good friends and confident teammates in a work environment, so the transition was a natural one. “I had confidence that this was a highly competent group and that together, we could achieve amazing things.” 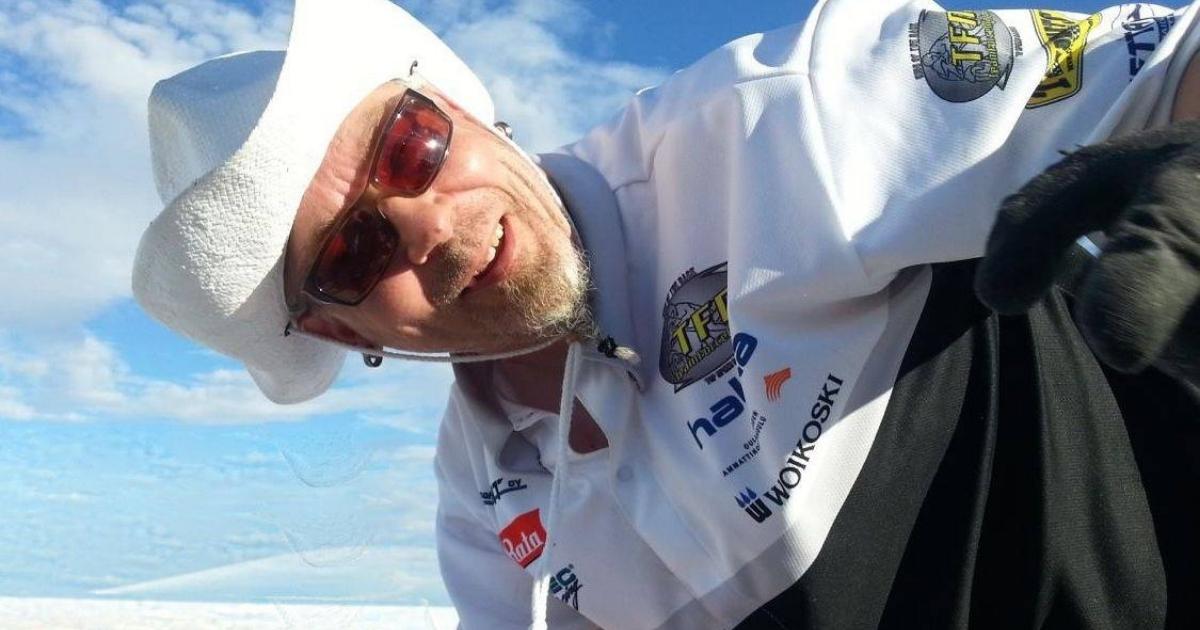 The idea to pursue ZediSense arose following a discussion that Jere and Anu had had with a major marine company and potential client. The company had identified the need for a device that could reliably and accurately detect the presence of a person in any given space on board a ship, but without sacrificing the privacy of the occupants in the space. In other words: without the use of a camera, as Jaakko explained: “VTT is a research company and they had coincidentally already done some research on radar technology prior to that meeting. Following that discussion, we conducted market research and we confirmed that there is a clear demand in the market for a sensor that utilises radar technology.”

“That led to a breakthrough,” Jaakko continued, “We had identified a problem within the market, and we had the solution for it. That solution was ZediSense.”

Jaakko didn’t waste any time in bringing ZediSense to physical life. The team made an early decision to utilise commercially available millimetre-length radar chips which had the benefit of being already certified and easier to obtain than designing a bespoke chip. “We still needed to have our own hardware and software to get all of the data out of it,” Jaako explained. After further research, some additional componentry was identified as useful and which was also commercially available. “My role was researching all of the technology and finding and selecting the most suitable modules and hardware components for our purposes,” he said. “We had to really design the hardware and then create the software for it.”

Here, the company heavily relied on Jaakko’s education and professional background in embedded systems. “Embedded systems, in brief, is low-level programming and electronics design,” he noted. “Low level means you’re programming in the hardware interface to make the chips do specific things with the software. It requires knowledge of various different protocols to get the chips and other small gadgets to talk to each other.” 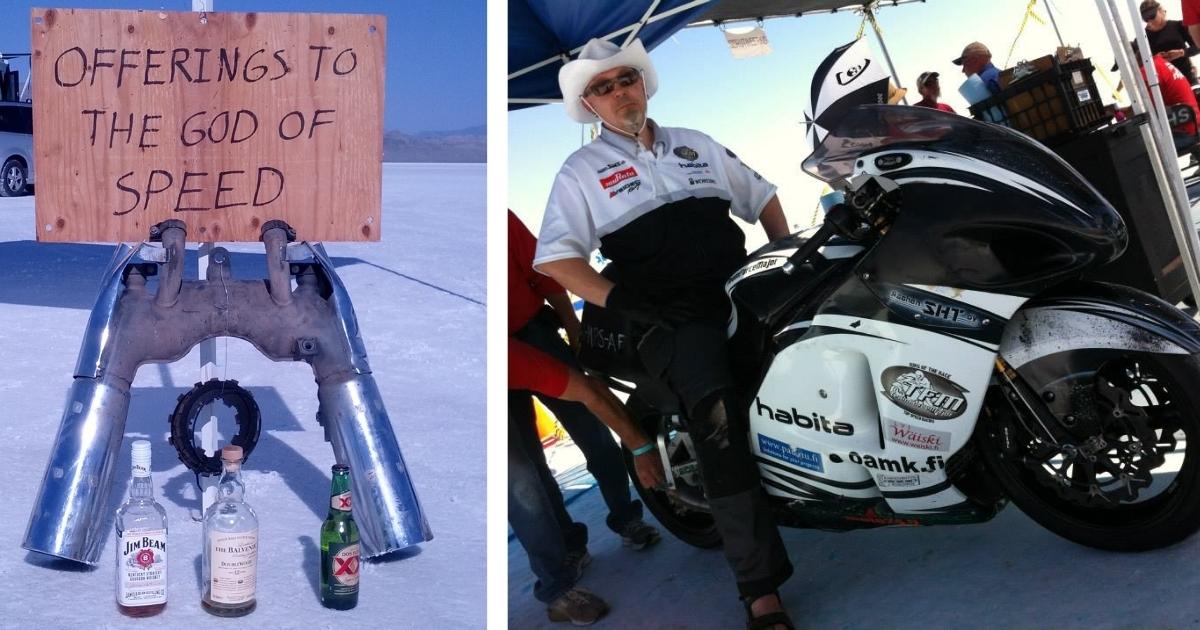 Though the company had been searching for the right embedded programmer to work on ZediSense, the recruitment process was taking longer than expected and soon, the SenseWay team decided that Jaakko - who had the requisite programming knowledge - would simply take on the monumental software programming challenge on his own. “That decision saved our schedule, in my opinion,” he revealed. “Even if we’d found a good embedded programmer, onboarding that person would’ve taken a while and there was no time to be wasted.”

“I had to work alone, which was stressful,” he admitted. “Normally companies employ at least two programmers for a project so that they can challenge and assist each other in the development of better solutions. The time frame made it even more stressful. I started in October 2021 and had a prototype ready within about six or seven months. It was a lot of very long days, but having that system up and running for the first time and replying to my protocol requests was time for celebration - nerd celebrations. The kind that other people won’t understand,” he said with a laugh.

Designing the future of detection

In the meantime, the high-level electronics design was now complete and the next step was to take it to a professional electronics design agency to get it production-ready. “We interviewed a couple of companies and selected one nearby. They built the PCB (‘Printed Circuit Board’) and implemented the final hardware design.”

The final step was to resolve the industrial design of ZediSense or, in simple terms, decide how its enclosure would look. “We had a few options on the table,” Jaakko revealed. “A couple of them were quite radical-looking designs, which were quite nice, but not practical. In the end, we picked a circle because it’s aesthetically neutral and discrete.”

The hard programming, long hours and the design work paid off when the company began demonstrating ZediSense to potential clients: “All of the companies we’ve been talking with have been impressed with the product’s capabilities,” he said.

The VTT SenseWay team is a small, close-knit one of highly-skilled individuals drawn from across the maritime industry. Everyone is deeply invested in ZediSense’s future and, according to Jaakko, they’re all ready to pitch in wherever work needs to be done: “You have to be prepared to jump out of your normal role and do whatever the company needs. So to be successful here, you need to be multi-talented and ready to learn new things all the time.”

“It’s a small company,” he added. “Decisions are taken openly and as a team so that everyone is invested in them.”

And once the ZediSense programme is resolved? “I’ll do whatever is valuable for the company,” Jaakko replied, very matter-of-factly. “Even if it’s something totally different to what I’ve been doing for the past several months!”

ZediSense is a groundbreaking person-in-room sensor designed to feed precise, reliable room occupancy data to cruise ship operators, superyacht captains and the hospitality industry in general. To find out more or to place an enquiry, visit the website.