Sensing the Future of Onboard Automation with ZediSense 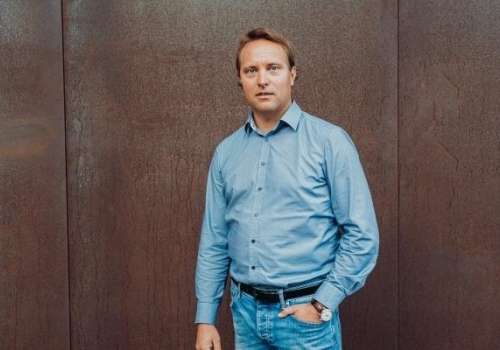 The maritime industry has a problem, and it’s one that has far-reaching consequences: how do you know - for certain - whether or not a cabin or other space on board is actually occupied?

If you ask most industry stakeholders today, the answer is: You don’t know for absolutely sure, unless you send a crew member to physically check.

It’s a problematic situation that is costing the industry untold amounts of money in wasted energy and - crucially - it’s placing guests’ lives at risk.

The case for certainty

The problem isn’t limited to the maritime industry, either. The hospitality industry is equally challenged by this issue.

Of course, there are some off-the-shelf products - particularly CO2 sensors and infra-red ‘Person-In-Room (PIR) sensors - which are marketed as solutions to this issue but in practice, they’re inaccurate at best, and unreliable at worst.

According to Jere, both industries were actively seeking a solution, and their reasons are simple. Firstly, if you know that a space is empty, climate control systems can be automatically switched off, and curtains/blinds can automatically close, resulting in substantial energy savings.

Secondly, in an emergency, the crew know exactly which cabins and other spaces are occupied and they can go directly to those, without having to check every single room and space on board. The quicker the crew works, the more lives can be saved.

Developed by VTT SenseWay, ZediSense is a hockey puck-shaped sensor that provides 100 per cent accurate data as to whether or not a space is occupied.

ZediSense utilises a millimetre-length radar to detect even the slightest movement in any space, regardless of the design or size of a room. It is so precise that it knows exactly where a room’s occupants are. Even if they’re asleep, occupants don’t disappear from its view, because ZediSense is sensitive enough to detect the rise and fall of their chest. 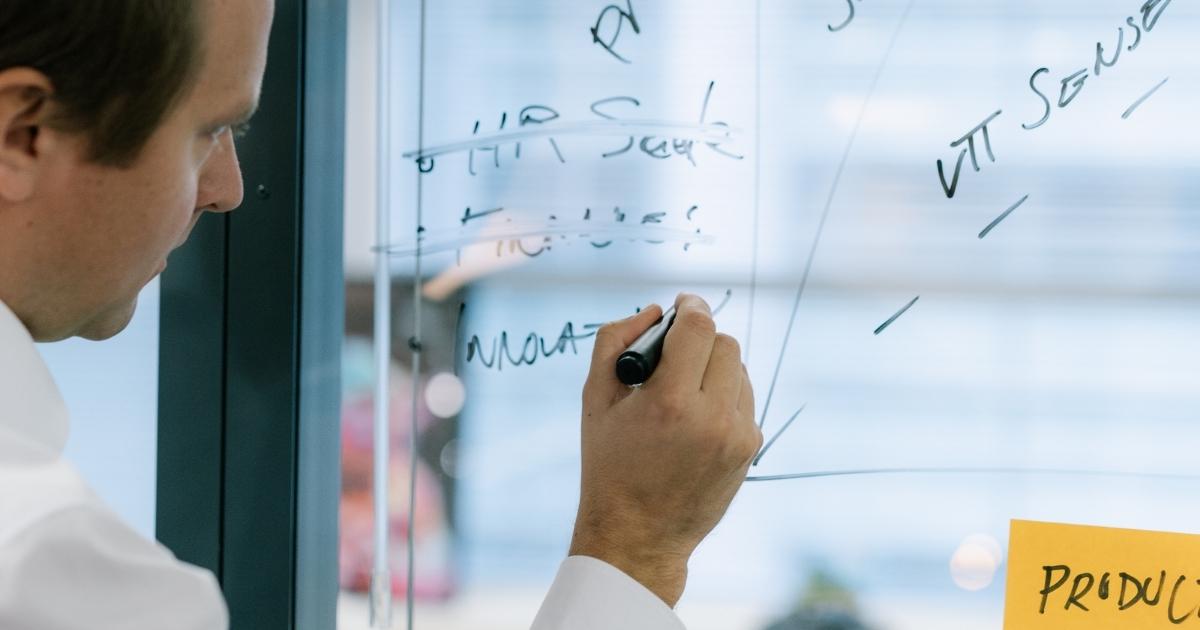 But best of all, ZediSense isn’t a camera. It can’t actually identify who the guest is or what they look like. It only knows that someone is there, and it knows where in the room the person is.

It’s an impressive solution that has equally impressed the maritime industry, with particularly strong interest from the cruise lines. However, ZediSense wouldn’t even exist if it wasn’t for the innovative team at VTT SenseWay, headed up by its dynamic CEO Jere Laaksonen.

Greatness from a small town

Jere has a connection with the sea that goes all the way back to his childhood. “I was born in a small town with a strong maritime heritage,” he said. “That’s one of the reasons why I ended up becoming interested in the maritime business.”

Growing up in a big family surrounded by four siblings, he developed a competitive side which extended to a love of team sports. It was during his childhood, however, that his passion for people really began to sprout. “I had a huge group of friends,” he recalled, “They were an amazing bunch of guys.”

After completing his mandatory six months of military service, an opportunity arose for Jere to study Naval Architecture at a nearby University of Applied Sciences. Though his initial interest was in design, he soon - perhaps inevitably - found himself drawn to more people-oriented roles, first in project management and later in sales. “I’ve always been fortunate to have the right people around me at new companies - they’ve taught me a lot about leadership, especially,” he revealed. 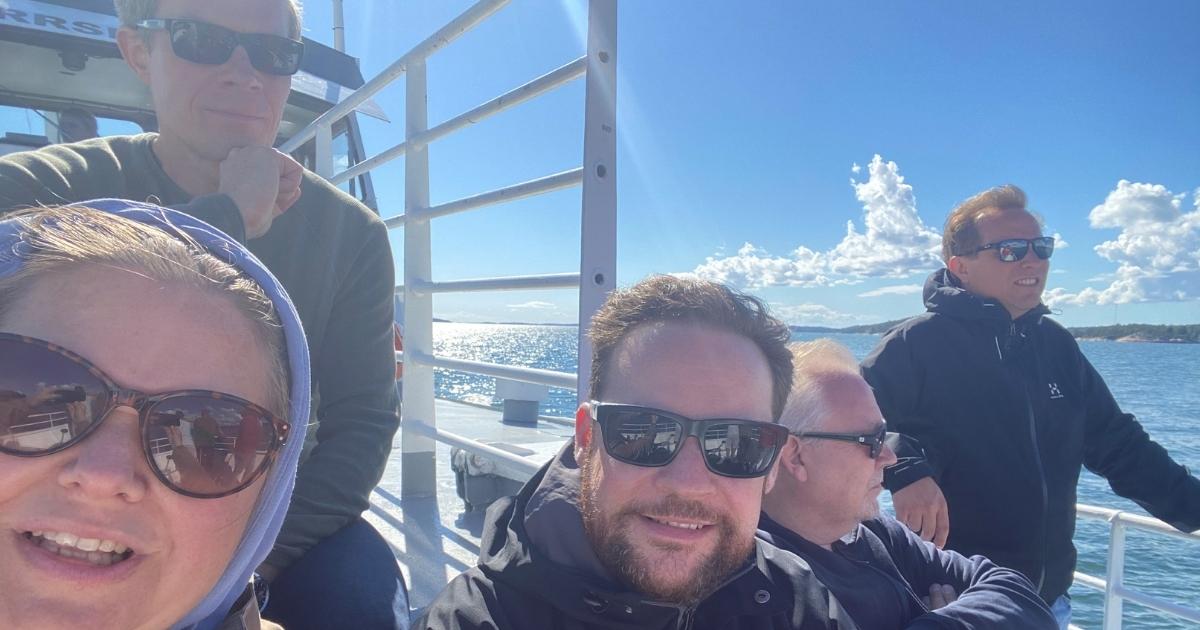 Planting the seeds of SenseWay

Jere later joined the multinational firm Rolls-Royce Maritime which he credits as having been the experience that really kickstarted his career. “It was the most valuable role in my career so far,” he said. “I was lucky to work with people from around the world, in very complex, highly demanding projects that required very close teamwork. I learned skills and gained experience that I’m still using in my role at VTT SenseWay. It applies to everything I do today.”

While working at Rolls-Royce Maritime, Jere met Anu Peippo and Jaakko Saarela who he would later recruit to help found VTT SenseWay. “At Rolls-Royce, we were very involved with the latest automation technology and this radar technology was already familiar to us. While working together, we learned a lot about ourselves and got to know each other in ways that wouldn’t have been possible otherwise. It was obvious to us that with our combined knowledge and experience, we’d be the right team to work together to build SenseWay.”

After leaving Rolls-Royce Maritime, the three got to work setting up SenseWay and developing ZediSense. “All we had was a blank page,” Jere noted. “But while developing the business plan and conducting market research, it immediately became clear that this kind of multipurpose technology would have many benefits across the maritime industry.”

He revealed that the journey since then has been challenging but exciting. “The most difficult thing so far has been doing everything by ourselves. We’ve had our hands full because we’ve built everything from scratch. We’ve had to really adapt and even learn new skills. Many of us never imagined we’d have to take on a sales role!” he added, laughing.

After months of hard work, SenseWay successfully brought ZediSense to life and immediately put it into testing. 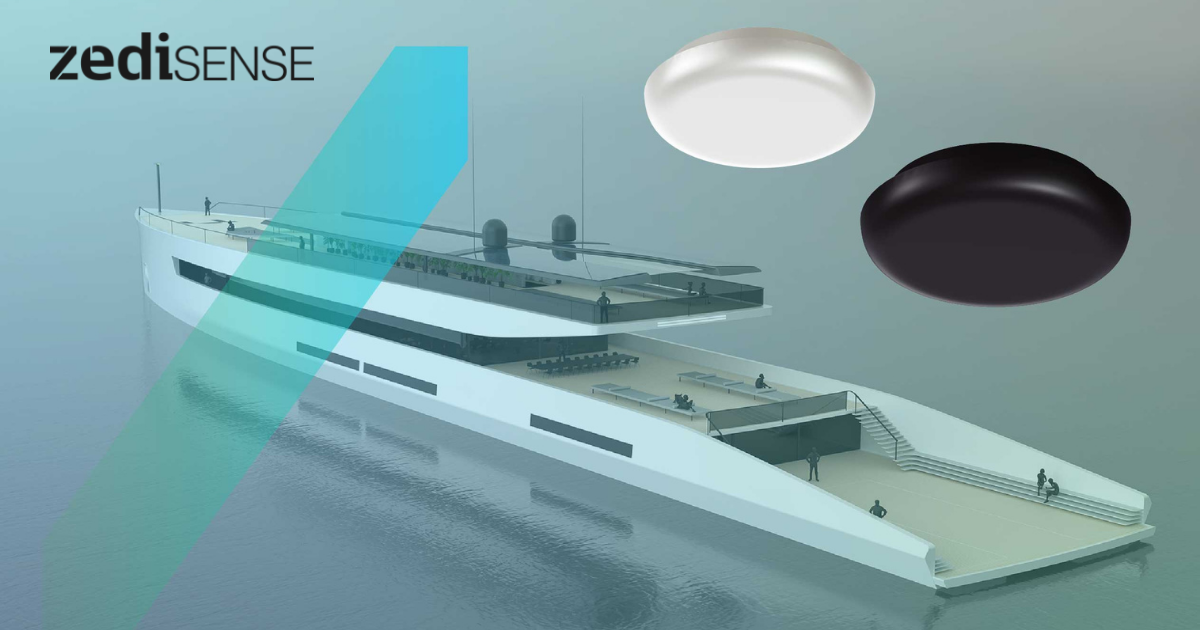 “Customers want to hear that we’ve tested ZediSense and that it can solve the problems we claim it can,” Jere explained. “We’ve been doing testing at sea and on land and it’s been a huge success. We’ve validated the test results. The initial testing project concluded in April and we produced our first series of ZediSense units which are now with our customers for their own testing. It’s been very exciting.”

Enhancing the guest experience through data

ZediSense is ready for mass production and the company expects to start shipping ZediSense sensors soon. “It’s amazing to have developed such a phenomenal solution,” he continued. “We have received awesome feedback from the market so far. We’re providing them with something that didn’t exist before. ZediSense is not just a sensor but a source for a new kind of data that customers can utilise in a new way. It’s really a platform that will take the customer’s operation to a whole new level.”

It is expected that the data delivered by the ZediSense network within any installation will become increasingly valuable to VTT SenseWay’s clients over time, as it will provide vital analytics about how the rooms and spaces in a ship or hotel are being used. That, in turn, will inevitably lead to a better understanding of how to design the vessels and hotels of the future and the guest experiences within them.

In concluding our chat we asked Jere to reveal a lesser-known fact about himself and, after thinking about it for a bit, he had an answer: “I’m afraid of going to space,” he admitted. “I’d never go there, I’m scared of it! No matter how much Elon Musk is talking about it, I’ll rather stay on Earth!”

To find out how ZediSense can benefit your vessel or hotel, visit ZediSense.com