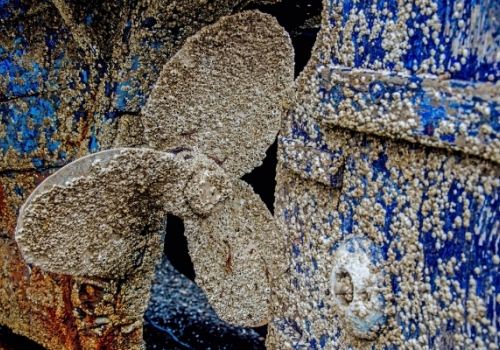 In a recent article for OnboardOnline, I mentioned the three equally damaging threats to environmental sustainability, all linked to the need for conservation of our oceans and waterways: climate change, plastic pollution, and loss of biodiversity. It could be argued that the last one has received the least amount of publicity until just recently, and for those of us involved in the recreational boating world, it’s all about what happens out of sight, and mostly out of mind, beneath the water line!

In simple terms, this is all about aquatic ‘non-indigenous’ or ‘invasive’ species hitching a ride on the bottom of boats and getting off again in an area where they don’t naturally belong. A ‘non-indigenous’ species is one that arrives in a marine environment having never been identified there before. They may not all become ‘invasive aquatic species’ (IAS). This occurs when they become permanently established by out-competing other species that have lived there naturally in the past. However more and more evidence is pointing to a significant increase in the numbers of these unwelcome invaders, and their establishment in a new habitat can severely disrupt the natural balance of aquatic nature.  It is worth mentioning that climate change and increasing ocean temperatures are also a factor in driving this accelerating disruption to marine life.

The endless scope of global biodiversity

One of the biggest challenges of fully understanding the scale and complexity of the biodiversity in our ecosystem is the impossibility of researching and documenting every type of species and its movements. Various academic studies point to differing numbers of total species on earth, and I am not qualified to argue with them, but they all run into many millions. And one thing they all seem to admit is that it’s impossible know exactly how many there are, and that only a small percentage of them have been scientifically classified.

One infographic I saw recently stated that 80% of all the world’s species contribute to the effective functioning of our ecosystem, and on the present trajectory we are likely to lose 75% in the next few centuries.  In the oceans this would include corals, plants, fish, algae, mammals, molluscs, crustaceans, algae etc. Sadly, this all sounds very negative, and we can all draw our own conclusions about what this would mean for the future of mankind if the trend is not reversed.

How can IAS cause such devastation?

Experience has proven that eradication of invasive species once they become established in the marine environment is extremely difficult and very costly. So, let’s look at some fairly well researched examples of how the invasive species can get out of control, and what the financial implications can be.

Zebra mussels (Dreissena polymorpha), a species native to the Black Sea area, first appeared over 30 years ago in the fresh waters of the Great Lakes in North America. They were initially introduced through ballast water, but further expanded through biofouling. Since they were first observed in 1988, they have continued to spread into many lakes and rivers causing major ecological changes, displacing native aquatic life, altering habitats, the ecosystem, and the food web.

They are also known to cause severe fouling problems, and to gather in tightly bonded groups which block water inlets causing much inconvenience and cost to industry, and of course to boat owners! Although the full economic impacts of this invasion have not been fully estimated, one report states that the costs for attempting to clear Zebra mussels from industrial facilities in the USA alone were estimated at around US$750 million to US$1billion between 1989 and 2000.

Another IAS with recorded outcomes is the comb jelly (Mnemiopsis leidyi), which was introduced from the American Atlantic coast into the Black Sea where it was first recorded in 1982. After it became established it spread rapidly to the Azov, Marmara and Eastern Mediterranean, and by the end of the ‘90s was observed in the Caspian Sea. Mnemiopsis feeds on the same zooplankton as many of the commercial fish species in the area, so the invasion depleted fisheries such as anchovy, Mediterranean horse mackerel and sprat. Landings of anchovy dropped to one third of their previous levels, causing losses of around $500 million per year, and many fishermen abandoned their trade.

In summary, the global economic impacts of IAS, including through disruption to fisheries, biofouling of coastal industry and infrastructure and interference with human amenities, have been estimated at several hundred million dollars per year. 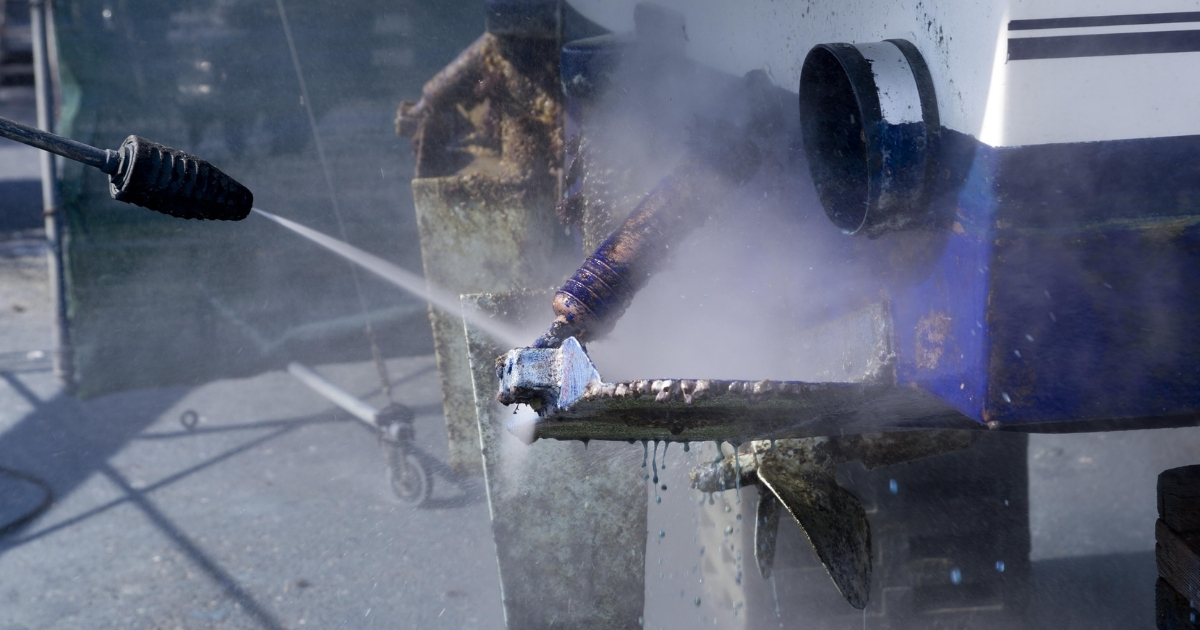 Calls to action are gathering pace

Turning to more positive vibes, these threats to the balance of ocean biodiversity and their social/economic consequences are well recognised now, and clearly identified as a ‘case for immediate action’ within international conventions such as the UN Sustainable Development Goals and the EU Green Deal. And quite obviously, leisure boating and the industries that support it must be very much part of this equation as ‘stewards of the oceans.’

Over the past decade the task of alleviating the IAS threat was very much focused on ballast water in commercial ships. This was an obvious case of large volumes of water being transported around the world’s oceans, and being discharged along with the aquatic organisms, sometimes thousands of miles away from where it was taken on board.

Although this has been quite successfully addressed via a project called ‘GloBallast’ under the auspices of the International Maritime Organisation (IMO), more recent research has concluded that biofouling on the hulls of ships and recreational craft has almost certainly been underestimated as a possible vector for the introduction of IAS. In fact, according to IMO, biofouling may now be the most common mechanism for introducing invasive species, estimating that over 50% are being transported via this pathway.

And this is by no means just an international threat. It has also been established that domestic spread of non-indigenous species can happen via ships and recreational craft transiting between port regions, these locations then serve as central hubs for invasion into broader coastal ecosystems.

So, based on this latest evidence, biofouling has become such a prominent environmental threat that IMO saw the need to instigate another global campaign called ‘GloFouling.’ This project was launched in December 2018 as the first-ever globally coordinated effort to address biofouling from shipping, and from all marine sectors including recreational boating.

Since then, many organisations from the marine industry have joined the GloFouling partnership, and a Global Industrial Alliance (GIA) has been established. This brings together committed leaders from maritime, shipping, ocean energy, aquaculture and other ocean-based industries, in order to support actions towards improved biofouling management, to protect marine biodiversity, and to decarbonise shipping.

One of the partners representing the recreational boating industry in the GloFouling Partnership is ICOMIA (International Council of Marine Industry Associations.) and, as mentioned in a recent announcement via Onboard Online, they have organised a series of interactive workshops on the subject of biofouling at several boat shows during this year and next.

The headline title of the series is: ‘Clean hulls - essential for sustainable boating and marine diversity.’ Three Workshops have already taken place at the Southampton, Genoa and Barcelona shows.  Here are just a few of the key points that came up during the discussions so far:

Note: The ICOMIA Biofouling Workshop series continues in the TV studio at METSTRADE in Amsterdam from 4pm on Tuesday 16 November, open to all registered visitors onsite or online. The panel includes speakers from the IMO GloFouling project, Akzo Nobel Marine Coatings, NRG Sonihull Ultrasonics, and the ICOMIA Head of Sustainability, Dr Julian Hunter.