Sustainability: Putting the Word into Practice 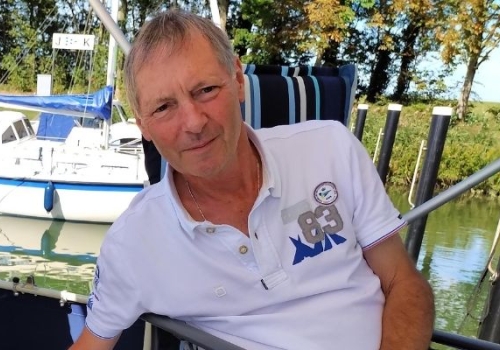 Sustainability: it's a word that has become one of the most frequently used and passionately debated over the last decade. And for reasons we are all aware of, even more so during the past 18 months. Across all industries including the yachting world, it has become part of the modern business framework. Many large organisations are now employing teams of staff dedicated to pursuing their sustainability objectives, and employment vacancies with the ’S word’ in the job description are booming.

Anyone can Google the word and get a list of detailed interpretations defining the meaning of it in various ways, but one I saw just recently summed it up quite concisely. Sustainability: ‘To meet the needs of the present, without compromising the ability of future generations to meet their own needs.’

It is also widely acknowledged, that for any sustainability plan to be successful, it must be firmly based on three foundation pillars, namely: environmental, social and economic.

And what has become crystal clear according to the scientific community, is that there are three main threats to environmental sustainability: climate change, plastic pollution, and loss of biodiversity.  They are all equally damaging, meaning that dealing with one of them in isolation will not be sufficiently effective. Also, they are all inexorably linked to the conservation of our oceans and waterways.

According to recent statistics from the National Marine Manufacturers Association (NMMA) in the USA, recreational boating has been acknowledged as the number one way for people to engage with the environment in their free time. No doubt this has been driven by the environmentally focused thought process in the minds of the public, and partly triggered by the pandemic circumstances.

Also new boat sales have increased substantially as a result, and it’s probably fair to assume that there is considerable empathy amongst most boat owners and crew, for minimising the impact of their hobby or their work routines on the future sustainability of the planet.

I certainly believe in that, having met and heard about so many committed ocean conservation activists over the last few years. Nowadays there are literally thousands of sustainability focused organisations, large and small around the world. With a fierce determination to drive the winds of change, they are simply not waiting for big corporates and governments to act, but just getting on passionately with their own worthy initiatives. 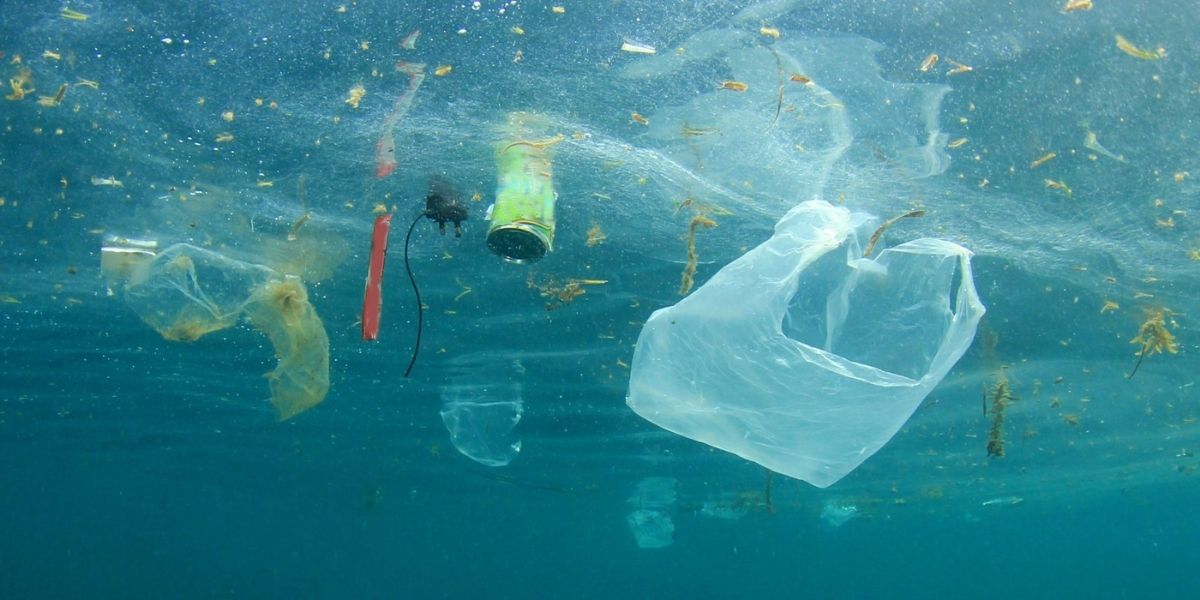 We all have a ‘lightbulb moment’

For me personally, I like to think I have always been reasonably environmentally responsible. My father was a professional tug captain, and I was on the water almost from when I could walk. I trained as a boat builder, and my entire life has revolved around boating and the marine industry, both from a career and a leisure pursuit perspective. I’m sure that respect for the oceans, and care for the marine life that inhabits them comes naturally for most folks like me who enjoy boating.

But I guess like lots of other people, I can identify a point in time when I got a massive wake-up call; one which really made me realise that all of us, (yes me too…) really need to do more for the future of our planet!

Rewind about 13 years, and I was alone on a boat, headed north up the east coast of Mallorca, on a bright, sunny early June morning. Suddenly something with an unusual shape and form appeared in the sea a hundred metres or so ahead, and it was floating out of one of the idyllic small, sheltered bays which are frequented by holidaymakers to the island. As I got closer and eased back on the throttle, it became clear that it was a moving island of discarded debris, mainly consisting of plastic bottles, food packets, and straws etc. I was totally horrified! Only a few minutes earlier I had been marveling at the turquoise clarity of the water, watching fish swim under the boat, and thinking what a wonderful world it was.

I have heard long distance sailors say that being alone on a boat concentrates the mind much more sharply than being onshore. One of the best examples of how this is manifested, is the highly influential Circular Economy Foundation started by sailing heroin Ellen MacArthur. Following her 71-day single handed voyage around the world, Ellen said: ‘I really started thinking about the way we relate to the planet and how we use its resources…”

Now, in no way am I trying to compare my little trip up the coast of Mallorca with Dame Ellen’s magnificent circumnavigation achievements. However, what I did back in 2009 when I got home, was to fire up my laptop, and put ‘plastic in the oceans’ into the Google search box. I still remember as if it was yesterday, the first video I opened and watched was a TED Talk by the eminent marine biologist Sylvia Earle. With undeniable photographic detail, Sylvia clearly illustrated the horrendous harm being wrought upon our marine mammals, birds and fish due to the tons of plastic debris discarded by humans. That for sure, was my ‘lightbulb moment!’ 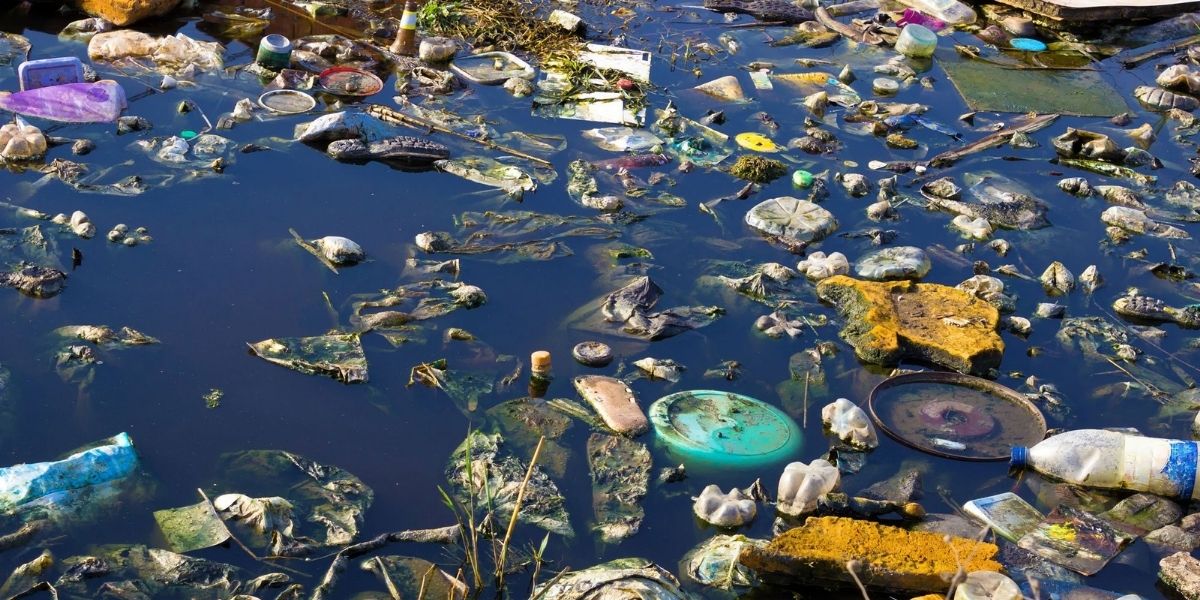 Saving and restoring our oceans

Since then, Sylvia Earle has continued to dedicate her time to educating about ocean conservation issues and has gone on to establish an organisation called ‘Mission Blue.’ Its headline objective is ‘to ignite public support for a global network of marine protected areas’. Sylvia and her team have identified specific oceanic zones for protection, and collectively named them ‘Hope Spots’.

She explains on her website: “Hope Spots are special places that are scientifically identified as critical to the health of the ocean. Our Hope Spots are championed by local conservationists whom we support with communications, expeditions and scientific advisory.”

These are literally all over the world, but I have been lucky enough to visit one of them on a whale and dolphin watching trip early in 2020, just before overseas travel was brought to a halt. The brilliant blue waters between the Canary Islands of Tenerife and La Gomera have been called the “Hawaii of Europe” for being one of the finest examples in the world of a thriving pelagic archipelago system. While I was there, I saw the short-finned pilot whale (Globicephala macrorhynchus), sometimes known as the ‘cheetah of the sea’ and several pods of dolphins. The short-finned pilot whale is said to be able to dive to a depth of 1000 metres and stay down for up to 15 minutes without coming up for air, in order to catch large squid.

How wonderful, that such incredibly precious marine habitats are being focused on for the protection they deserve. And hopefully, such sterling efforts will maintain thriving aquatic mammal populations for future generations to observe. 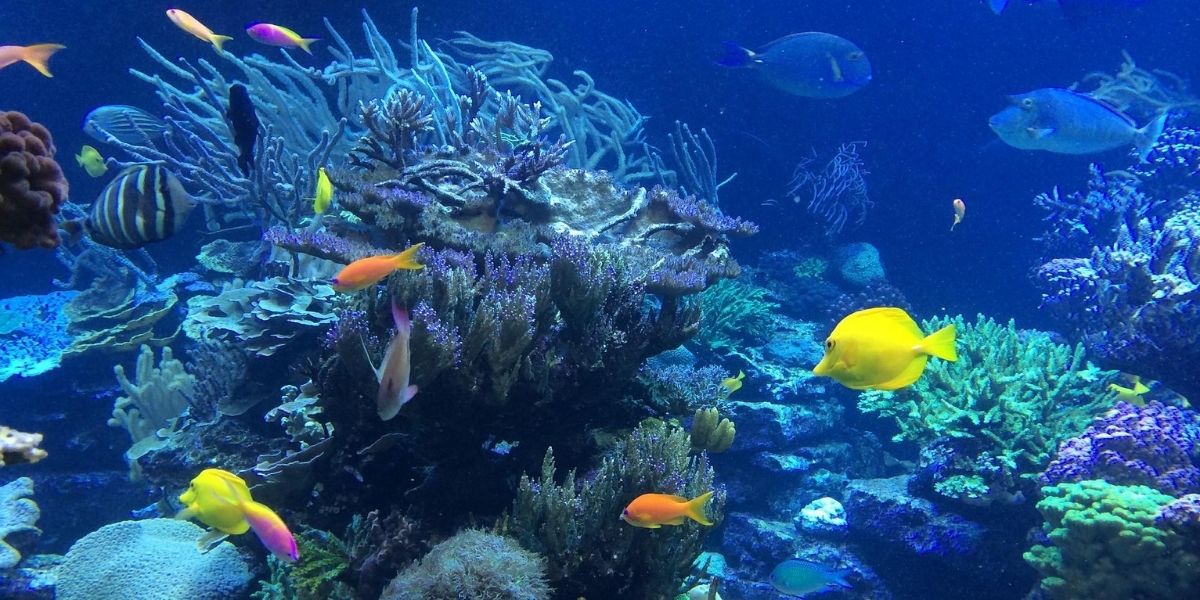 As I already mentioned, there are thousands of organisations and individuals around the world, just like Mission Blue who are doing great work in the name of environmental sustainability. We can’t possibly mention them all, but in a recent conversation with our publisher Sam Watson, she and I touched on a few notable ones whose updated activities we would like to report on in future issues. Here is a brief listing:

Parley for the Oceans. Led by founder Cyrill Gutsch, who I had the pleasure of seeing at the Plastic Health Summit in Amsterdam two years ago. He has been recognised as a creative entrepreneur who specifically highlights the fragility of the oceans and implements strategies to end their destruction.

Sea Shepherd. An international non-profit Conservation Society with a dedicated mission to protect all marine mammals. They do this by partnering with global governments and helping to prevent criminal enterprises and unregulated fishing. They are assisted by thousands of volunteers around the world including many yachts and crews.

Save the Med Foundation. Started by Brad Robertson, a good friend of mine from my days in Mallorca. Brad came to the island from Australia working as a dive instructor, and soon became totally absorbed with a passion for saving one of the world’s most vulnerable oceans and protecting its rich and diverse marine life.

BLUE Marine Foundation. Another organisation that I have had the pleasure of working with over the last few years. BLUE’s overarching objective is to use the charitable funding they receive in order to help protect 30% of the world’s oceans by the year 2030. They have been instrumental in establishing a model of sustainable fishing, and already secured commitments to protect over 4 million square kilometres of ocean.

Plastic Soup Foundation. Netherlands based, and globally operational, educating and acting against the scourge of plastic pollution in the oceans. Founded by former film director Maria Westerbos, PSF celebrated their 10th anniversary earlier this year. Maria started out by visiting Captain Charles Moore in the USA. Charles originally coined the term ‘Plastic Soup’ after coming across huge islands of floating plastic on a voyage across the Pacific, and Maria made him Honorary President of her Foundation.