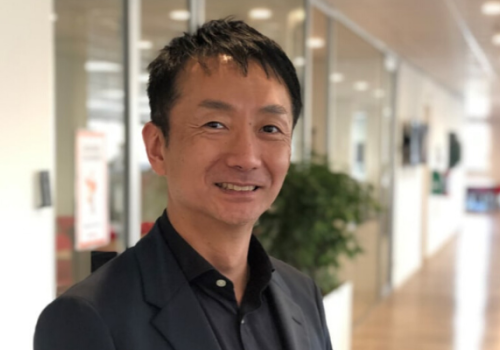 Yanmar has announced the appointment of Taro Kitamura as the new President of Yanmar Marine International (YMI) and head of Yanmar’s Recreational Marine Business Unit.

Effective from 1 April, the 30-year company veteran will replace current YMI President Shiori Nagata, who has been promoted within Yanmar Holdings Co. Ltd. in Japan after overseeing a strong five-year period of growth for the Netherlands-based recreational marine division.

Taro joined Yanmar head office in 1990 as Procurement Buyer, moving to the International Procurement Office at Yanmar Europe and then Yanmar Italy from 2000 to 2005 before completing 10 years with Yanmar Co. Ltd. as Procurement Manager. After spending the last three years as Group Divisional Manager Procurement based in Osaka, he is now relocating to the Netherlands following the appointment.

With extensive Yanmar experience in strategic and cross-cultural management, supplier development and production process analysis, and a background in metallurgical engineering, Taro also brings an enthusiasm for boating to his new role and enjoys spending time on his own boat with his family.

Taro said: “I am honored to be appointed as the new President of Yanmar Marine International and feel especially privileged to be joining the marine division at such an exciting time. After five years of growth following the move to the new Almere headquarters, I am looking forward to taking over the current business strategy that Shiori Nagata has successfully established and cultivated, with continued investment in new products, technology and partnerships and a closer connection to consumers.

“The next challenge will be to develop the Yanmar brand to ensure it is associated across the world with offering exciting and fulfilling experiences, as well as technologically advanced products. We also feel there is a great opportunity in the Asia Pacific area, where the marine recreational sector is still limited compared to the rest of the world. By utilizing the resources and capabilities of the YMI organization and recreating our current business collaborations that are thriving in Europe and the US, we will be focusing on expanding our business in the region.

“I am also delighted to be moving to an area of the Yanmar company that I feel passionate about. The operation of the marine business is much more closely linked with our customers, so I am looking forward to working with partners and colleagues to achieve exceptional results for end users.”

In further company developments, Marcel Borsboom has been named General Onboard System Business Director of YMI. As the Managing Director of VETUS since 2009, he will retain this position and will also oversee management of additional YANMAR companies Flexofold and Smartgyro. Marcel first joined Vetus in 2002 and was a key member of the team during the successful acquisition of Vetus by Yanmar in 2013.