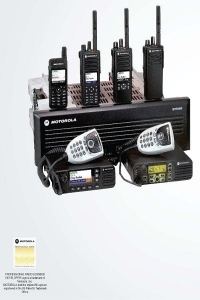 Following an extremely successful MYS and FLIBS this year, Net-Logic are proud to announce that the license for using the Motorola devices for their VesselWatch system has been extended to North America and Canada.

VesselWatch, which is a multifunctional safety and communication system, is Net-Logic’s latest innovation and is fully licensed by Motorola to use its full range of digital devices.

The VesselWatch system uses instant messaging to alert crew to alarms or events around the vessel. One standard unique feature is the crew to crew messaging, or intelligent stewardess call system. This interacts with each crew member’s digital radio, giving everyone on board, from crew to guests, real time secure access to the crew and a range of guest services. It’s activated on any device using the IOS or Android operating systems, existing AV control systems, telephone or even a portable button.

Due to the speed of evolution of the system and the success since launch, Motorola have instantly approved the application to expand the VesselWatch license to North America and Canada. Jack Robinson, Global Distribution Manager for Net-Logic states that:

´The product has become an instant hit, because it uses a the Motorola digital platform it is proven to work in the most challenging of environments even on the largest of vessels, this ensures communication and tasking is available 100% of the time. The Net-Logic engineers continue to roll out further “Apps” that are tailored to the marine environment in the safety, security and service arena, the geographical extension of the license this early is a real coup”

The VesselWatch system will be available for demonstrations on the TEAM Italia stand 10.115 in the Superyacht Pavilion at METS this coming week and the Net-Logic team are always looking to integrate new and useful applications for vessels, as they are required.

Net-Logic provides simple solutions to complex problems. They are the manufacturers of the World’s only Wheelmarked wireless BNWAS.

For all enquired and queries about VesselWatch or any of the Net-Logic systems, please contact Jack Robinson on +34625297443 or jack.robinson@globalviewsystems.co.uk