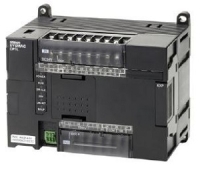 New product keeps yachts running at full power by averaging load, and turning off unneeded consumers in times of high demand, before turning them back on again when demand drops.

By monitoring system loads and turning consumers on and off as required, to optimise generator loading and minimise risk of overload, LCM protects the life of generators while ensuring minimal power waste. With stand-alone generators, island power systems and ships, this load control system will maintain a better, more even, average load, reducing generator issues like glazing and premature smoking. In some cases, smaller generation plants can be utilised and sized closer to the average loading instead of peak.

LCM is smart, eco-friendly, saves in fuel, saves in oil changes and servicing and sees less down time for generators.

IMED was created by a former long-term superyacht engineer. That background gave company principal, David Chalmers, real insight into improvements which could be made to what was available when it came to helm stations and onboard electrical systems.

With demand coming from all corners of the globe, Chalmers and his team have successfully designed, built and fitted custom helms on a spread of yachts with different cruising needs.

He hasn’t forgotten the engineers though. From IMED’s base in Auckland, the dedicated team are producing a number of products designed to help onboard systems perform better and more reliably. The IME-LCM6 is just one of five products being launched at METS and can be seen on the IMED stand in the Superyacht Pavilion; stand 09.724.