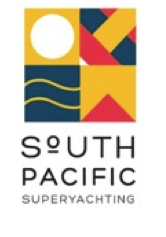 South Pacific Superyachting sees Tahiti, Fiji, New Zealand and Australia promote the region as one cohesive destination, in the way that the Mediterranean and Caribbean act as large cruising grounds beyond the borders of the nations that form them.

With most yachts which cruise the Pacific exploring multiple island nations, South Pacific Superyachting provides one touchpoint for the captain, owner’s representative or management company to plan the yacht’s time in the South Pacific.

"Working as a cohesive unit to move yachts through the South Pacific is a step that will produce real benefit for superyacht marine and tourism industries within the region," says Nigel Skeggs, of Fiji's Port Denarau Marina. "With well established routes and clear communication on how to best make the most of the region, yachts will circulate more, stay longer and, crucially, entertain more guests during their time in the region. And that means tangible benefits for the region's economies and a rapidly developing, adventurous new cruising ground for the global fleet to discover."

"Joining forces to market the region as one cruising destination was the logical step forward for the South Pacific nations," says Peter Busfield, CEO of NZMarine who along with Tourism NZ initiated this project.

“The region has everything a yacht requires from cruising grounds - on-land entertainment and world class boatbuilding and refit facilities.”

"Destinations within the region have all worked hard to promote their own cruising grounds, and as a by-product of that promotion, the greater region. The four countries offer sheltered coves, ports, superyacht marinas and of course thousands of unpopulated islands and beaches for yacht owners, family and friends to enjoy," says Maryanne Edwards, CEO of Superyacht Australia. The governments of the four major Pacific countries now have user-friendly rules that allow yachts to stay longer in each country, and passage from one country to the other is as simple as possible. The South Pacific also offers something of tangible value to charter yachts, an exciting, relatively untouched and very desirable location to add to their marketing mix and that's something South Pacific Superyachting will be helping them achieve.

“The plan for marine industries of Australia, Fiji, New Zealand and the islands of Tahiti to collaborate in promoting the South Pacific as a destination for visiting superyachts is a great idea, in addition to each country’s own promotion to attract high net worth visitors from around the world,” says Tahiti Tourisme chief executive officer Paul Sloan.

The goal of the group is to double both the number of superyachts that currently visit the South Pacific annually, and the amount of days they spend in the region by 2018. Key to that aim is ensuring that the region holds strong appeal for both private and charter yachts, and the parties involved are active in streamlining charter yacht entry laws between countries.

Look out for SouthPacificSuperyachting.com coming soon.