St. Katharine Docks, Central London’s only marina, which has undergone a careful refurbishment programme and ongoing management support from Camper & Nicholsons Marinas, has introduced three Seabins in an exciting environmental initiative. This is part of a larger commitment by the Docks to invest in greater sustainability and eco-friendly projects to reduce the amount of waste that is found in both the River Thames and the ocean, and follows its efforts to be a ‘greener marina’ over the past few years, supporting projects such as The Whale Company and #ForFishsSake.

Seabins are floating rubbish bins located in the water at marinas, docks, yacht clubs and commercial ports and the Seabins at St. Katharine Docks are becoming increasingly popular and are some of the first in the UK. Each bin can collect up to half a tonne of floating debris per year, including microplastics as small as 2mm. A submersible water pump, capable of displacing 25,000 litres per hour, sucks water in from the surface which then passes through a catch bag inside the Seabin, clean water is then pumped back into the marina leaving litter and debris trapped inside.

The Seabin Project was started by Andrew Turton and Pete Ceglinski, two avid surfers who decided to create a product that would collect rubbish, oil, fuel and detergents with the ultimate goal to have pollution free oceans. Paul Tetlow, Marina Manager at St. Katharine Docks, commented: “We have been following the success of the Seabin project for quite some time and are delighted to have three Seabins at St. Katharine Docks as part of our continuous effort to maintain a sustainable marina. We are committed to providing a safe and clean environment for our berth holders, office workers, residents and visitors and are always looking at ways in which we can support sustainability initiatives and help to fight plastic pollution in the oceans.”

The Seabins at St. Katharine Docks are located in the West Dock and Central Basin. They are checked on a regular basis and emptied as required, with the recyclable waste disposed of by the Marina Team. St. Katharine Docks estimates that the three Seabins could catch around 1,500kgs of rubbish per year, therefore playing a crucial role in preventing it from flowing back into the River Thames and more widely into the oceans. 300 tonnes of rubbish is cleared from the River Thames each year, which is equivalent to over 20 large refuse collection trucks. 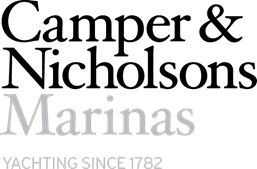