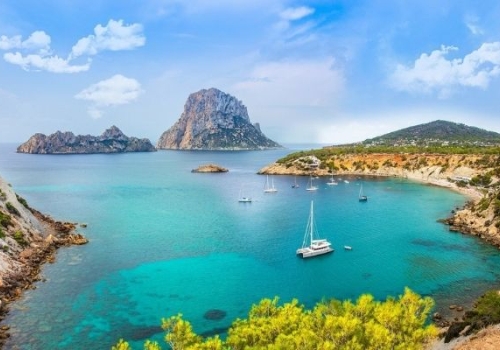 The certification initiative goes beyond the new laws and aims to help business in the restaurant and hotel sectors of the Balearic Islands to eliminate single-use plastics, substituting them for more honest alternatives.

New regulations have come into play as the Balearic Waste Law bans the sale, distribution and use of various types of single-use products. Plastic Free Balearics welcomes this pioneering law and pledges to complement it through an ambitious certification scheme.

Plastic Free Balearics is a new certification that aims to facilitate the reduction of single-use plastics in the hospitality and restaurant sectors of the Balearic Islands. These industries are in fact the main producers of waste in the autonomous community. The certification will help businesses switch from single-use products to less polluting, honest alternatives.

It’s a result of the union of two previously existing organisations in the islands; a joining of efforts and resources that brings the Balearics Islands closer to the final objective: being free of single-use plastic.

“The new law and the Plastic Free certification are two complementary tools. The law prohibits, and the certificate incentivises. We believe the law is extremely necessary as a regulatory measure, and the certification is an excellent tool to reward businesses that are willing to do things better, and for clients to be aware of it,” says Sandra Benbeniste, director of IbizaPreservation.

To achieve this, Plastic Free Balearics proposes more science-oriented actions to curb plastic pollution in the Balearic region. For example, prioritising reusable products and revising the regulations that list ‘bioplastics’ as a sustainable alternative. Bioplastics are plastics made partly or entirely out of natural resources, and they create a false perception of being ecological products that easily degrade in nature, but this is not the case.

They can still contain harmful substances and require very specific conditions to degrade, which don’t occur naturally in the environment. Even when placed in industrial composters, the results are unsatisfactory. Furthermore, they are still single-use products and do not facilitate a circular economy. This kind of throwaway culture is exactly what the new Balearic Law, along with the European Directives on reuse, recycling and waste reduction, is trying to avoid. In waste recycling plants, bioplastics usually end up in landfills or go on to be incinerated.

These concerns are shared by scientists, environmentalists, international organisations, industries, waste management companies and consumer associations, as revealed in a recent report by the European Commision on the Environment.

Plastic Free Balearics benefits from the support of Beyond Plastic Med, an association based in Monaco that aims to curb plastic pollution through innovative projects. As drivers of the project, IbizaPreservation and Save The Med Foundation are collaborating with Plastic Free Ibiza and Formentera, as well as Plastic Free Menorca as a beneficiary, in order to implement the certification system, allowing consumers to identify businesses with solid environmental values.

The initiative also counts on the input and involvement of stakeholders that represent the sectors of the entire region. Project Manager Jaime Bagur adds: “On Friday 12th March, Plastic Free Balearics ran an online workshop with experts. Participants included representatives of the Government of the Balearic Islands and the Insular Council of Ibiza, members of the University of the Balearic Islands along with various business associations. The certification proposal was shared with participants, who provided open feedback, comments and suggestions.”

The certification is now in the final phase of its development and will be launched in the next few weeks. It will start with a pilot phase, where the first businesses to sign-up will have the opportunity to be at the forefront of the project, paving the way for the Balearic Islands to become a tourist destination committed to sustainability.