New Guidelines Published on Danger of Piracy for Yachts 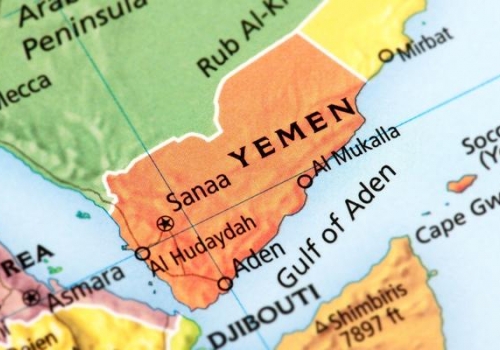 An advisory notice has been issued with new guidance for yachts regarding piracy and safety abroad. This update is intended for yacht skippers who may be considering a passage through the Gulf of Aden, Yemeni and Somali waters including the NW Indian Ocean north of 5° S and west of 60° E.

It is the fifth notice to be published by World Sailing (formerly ISAF) on this subject and is based on notes that are published in co-operation with the MSCHOA (Maritime Security Centre – Horn of Africa).

A final decision on whether to enter the Gulf of Aden or any waters where pirates operate and how to conduct a vessel in those waters remains entirely the responsibility of the master of each vessel. All vessels entering the area do so at their own risk. Yacht skippers are advised to read the notes prepared by MSCHOA which follow below.

Yacht skippers should take note that:

The security assessment of EUNAVFOR, MSCHOA and UKMTO concludes unmistakably that:

Yacht skippers should also be aware that there are other high risk piracy areas, notably the Malacca Straits, South China Sea and the Gulf of Guinea where the generic guidance provided here remains relevant.

Further detailed guidance for the West Africa/Gulf of Guinea region can be found here.

Danger of Piracy - guidelines for yachts and yachts considering a passage through the Gulf of Aden, Yemeni and Somali waters including the NW Indian Ocean north of 5° south and west of 60° east

These notes are published in co-operation with the MSCHOA (Maritime Security Centre – Horn of Africa) set up by EU NAVFOR ATALANTA and UKMTO (UK Maritime Trade Organization). The notes are for guidance only and a final decision on whether to enter the Gulf of Aden or any waters where pirates operate and how to conduct a vessel in those waters remains entirely the responsibility of the master of each vessel. All vessels entering the area do so at their own risk.

The danger of piracy and consequent loss of life and property in the GoA (Gulf of Aden), Yemeni and Somali waters (up to 750 miles offshore), is high. Yachts are strongly recommended to avoid the area. The conclusions of current Threat Assessment reports state that the Somali-based pirate networks and their affiliates retain both the intent and capability to conduct acts of piracy. Yachts which are slow and low are extremely vulnerable from opportunistic attacks, hijackings or armed robbery. The general security situation in the High Risk Area (HRA) remains unstable. Many coastal areas of Yemen are subject to maritime military operations conducted by the Saudi led coalition. Vessels that enter Yemeni Territorial Waters can expect to be hailed and challenged by coalition warships.

MSCHOA liaises with anti-piracy patrols being conducted by warships from several nations in the area, and UKMTO coordinates the management of all merchant ship and yachts in the area. The patrols operate mainly in the Gulf of Aden and the Somali Basin but may operate anywhere within the area and will provide surveillance and support as far as possible to yachts. However no guarantee whatever can be offered as to the safe transit of any yacht through these waters, and no dedicated escort can be expected.

A yacht which, despite the risks described, decides to make a passage should advise her plans with as much notice as possible1 to UKMTO and MSCHOA and provide the information set out in the attached Yacht Vessel Movement Form, preferably by email but alternatively by telephone:

Pirates operate from very small craft, which limits their operation to moderate weather conditions. While no statistics exist, it is likely to be difficult to operate these small craft in sea states 3 and above, though operation in higher sea states cannot be ruled out. Pirates are less likely to launch attacks in the dark, and merchant ships try to pass through the area between 47E and 49E in the IRTC during the hours of darkness for this reason. Even during the day, the typical pirate’s visual horizon is less than five miles; he will see a merchant vessel long before he sees a

In a typical pirate attack small, high speed (up to 25knot) open boats deploy from a mother ship, often a pirated fishing vessel or Commonly two or more of these small high speed open boats are used in attacks, often approaching from either quarter of the intended target. Be aware that perfectly legitimate tuna fishermen often employ similar tactics when chasing fish. It can be very hard to differentiate between a genuine fisherman and a prospective pirate; in general, the crew of a fishing boat will have ‘all eyes’ trained on their elusive target; in a pirate boat, the ‘gunmen’ may remain hidden.

During her passage a yacht should monitor VHF 16 and VHF 8 and report by the means and at the intervals advised by UKMTO, or by a patrolling warship.

Merchant ships transiting the GoA are being advised to use an Internationally Recognised Transit Corridor (IRTC) in order for warship patrols to be effective. UKMTO advises yachts to remain close to or within the IRTC as follows:

Carriage of arms is not advised. There is a serious risk of escalation of the levels of violence.

Current advice to ships (which are required to carry AIS class A) is to have it transmitting limited information whilst transiting the Gulf of Aden, restricted to ship’s identity, position, course, speed, navigational status and safety related information. Most AIS class B transponders (commonly carried by yachts) can only transmit limited information and are not configurable by the user. Current naval advice to yachts is to leave transponders switched on in the Gulf of Aden so that the warships know where they are. Navigation lights are to be illuminated at night or periods of low visibility and should not be turned off because of a perceived threat.

In the Somali Basin or further afield where there are fewer warships, an AIS transponder should be switched off unless the yacht is either aware of military forces in their vicinity or is under attack.

A 406MHz EPIRB or PLB (Personnel Locator Beacon) will quickly draw attention to you but remember these are emergency devices intended specifically for saving life. A SART will show a signal on any nearby marine radar which may include that of pirates. It is legitimate to call “mayday” if under attack (VHF or HF DSC, VHF 16 or 8, Sat-C or any other means). For an early warning call discreet use of a satellite phone to one of the numbers in para 4.2. above may be the best option. When in transit a radar transceiver should be used in the normal way. A radar target enhancer (RTE) provides an apparently large echo and should be switched off unless there is danger of collision.

Ensure that all systems (in particular the engine) are in good shape, radios and sat phones are working properly, that you have plenty of fuel and the ship’s batteries are in good shape. Be prepared to motor or motor-sail at your maximum speed for the entire transit of the IRTC. Carry additional supplies (particularly water purification, medical supplies and vitamin supplements) in the event that you are unfortunate enough to be pirated.

If under attack a ‘mayday’ call should be made using VHF or HF DSC, VHF 16 or VHF 8, Sat-C or any other means. Also, please contact UKMTO by telephone and pass your last known position.

Report immediately to UKMTO by telephone if possible on +44 (0) 2392 222060 (24 hours watch) – please make sure you know your position. If possible, the call to UKMTO should be followed by a call to MSCHOA, and NCAGS Bahrain (who focus on US-flagged vessels).

Stay calm - attackers are likely to be excitable and nervous - you will think more clearly and your conduct may also calm them – do not make sudden movements.

Stay together as far as it is practicable to do so. Offer no resistance. Cooperate with the pirates.

Do not use firearms, even if available – the risk of escalation is significant. Do not use flares or other pyrotechnics as weapons against pirates.

Do not use flash photography, which may be mistaken for muzzle flashes by the pirates or by any military force sent to assist.

In the event that military personnel take action on board the vessel, unless otherwise directed all crew members should keep low to the deck, cover their head with both hands (always ensuring that both hands are empty and visible). Be prepared to answer questions on identity and status as military personnel will need to differentiate quickly between crew and pirates.

Follow-up reports should be sent to MSCHOA who will advise on information needed.

The continued presence of international naval forces in the High Risk Area serves to suppress piracy activity. Despite this, recent incidents serve to highlight that piracy is not eradicated. The crew of yachts are very valuable targets of maritime crime. If captured the crew may be the subject of brutal captive conditions.