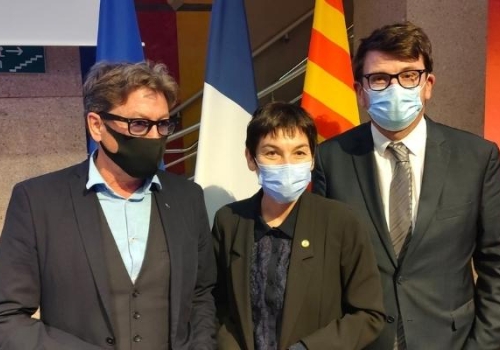 On 26 January 2022, The PYA, represented by its CEO, attended a meeting in Marseille to sign a new anchorage agreement with the French Minister of the Seas and the President of the French Riviera region. This comes after multiple discussions over the last 12 months between yachting associations and French administrations.

The purpose of this agreement is to develop alternative anchorage solutions which were not previously possible after the introduction of the Posidonia Regulations in 2021. According to this agreement, 30 anchorage points, in the form of mooring buoys, have been approved and funded for superyachts. They will be located in the bay of Saint Tropez, Golfe Juan and Beaulieu areas. The work to install these buoys should begin soon and they are supposed to be available by summer 2022.  However, it was discussed with various stakeholders that, realistically, we can only expect between 12 to 15 moorings to be available by then.

Nevertheless, this is great news for the industry and concrete work in progress. As part of the announcement, both the Minister and the President of the PACA region stressed the important economic impact of superyachts for the area.

Approximately 100 people attended the meeting, and the yachting sector was represented by Riviera Yachting Network (RYN) and by the PYA.

The PYA was invited to sign the agreement, and the PYA CEO had some time with the minister. In the name of professional yacht crew, he thanked the minister for having initiated these actions last summer in Cannes, and, yesterday, following through with this concrete announcement.

The PYA will be invited to a high-level meeting in Paris in the next few weeks, where state investment to attract superyachts will be discussed. The Minister of the Seas is very pragmatic and is working hard to roll out superyacht-friendly concrete actions before the end of the Macron government's term in April.