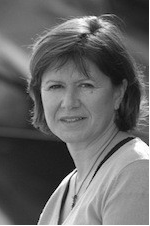 As many will be aware, some members of both MYBA (The Worldwide Yachting Association) and ECPY (The European Committee for Professional Yachting) have recently been subjected to French tax inspections. These inspections concerned the application of withholding tax in compliance with Article 182B of the French general tax code, on funds relating to contracted charters, received by professionals acting as stakeholders.

According to the Fench tax authorities, stakeholders should have deducted and paid to the French Treasury a 33% tax on funds held in escrow, subsequently paid to yacht owners who do not have a permanent professional establishment (business) in France, when the charter has taken place in France.

On behalf of yachting professionals, MYBA and ECPY, assisted by their respective legal counsels, sought the official position of the French tax authorities at the Direction de la Législation Fiscale (DLF).

When an inititial interpretation of the law proved to be unfavourable to our profession, MYBA and ECPY lodged an appeal for a second interpretation by the National College. The DLF has now replied favourably, indicating that “the Stakeholder is not liable to pay the withholding tax provided for under Article 182 B of the General Tax Code”.

"This is a victory for both MYBA and ECPY who worked together to achieve a common, lawful point of view, defending the role of the stakeholder, a key feature of the MYBA Charter Agreement." said Fiona Maureso, President of MYBA. "We will now work to ensure that this national decision is implemented at the local level for ongoing cases.".