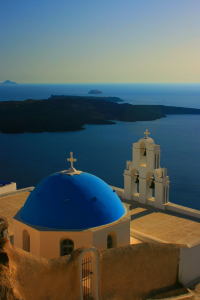 Following months of controversy regarding the new Greek circulation tax, the Greek government has introduced two changes which cut harbour dues, the Cruising Association has advised.

Until August 1 harbour dues in Greece were collected by the Hellenic Coast Guard, colloquially known as Port Police or PP.

Fees comprised an entry charge (paid per visit) and a berthing charge, payable from midnight to midnight for each day the boat was in port.

They were charged per metre LOA, plus VAT.


The changes introduced mean the entry fees are no longer payable. Secondly, berthing fees will now be collected by the municipal or local authority (Limeniko Tameo) responsible for managing the quay. Advance payments for a month or more will earn discounts.

Marina fees, which broadly seem to include any quays or pontoons privately managed, will be collected as before, by the marina operator.

"The old system of hunting down a port police office hidden in some tiny back street was very unpopular, both with the port police, and for visitors. The net result was that large numbers of cruising folk just didn't pay, and there has been very limited investment in quayside facilities.

"Dropping the entry fee is welcome. And if collection agents now come to the boat, far more people will happily pay harbour dues.  Genuine agents will offer a tax receipt.

"From now on, visits to the port police will be only be required (1) on entering the country, or (2) once a year after that to have your DEKPA or transit log (Greek cruising papers) checked for the new Circulation tax (TPP) payments.  This is the controversial tax which came into force in January this year but there is still no indication if or when TPP collection will start. The Cruising Association has been given a detailed schedule of the local authority fees payable: see www.cruising.org.uk/news/greeceupdate