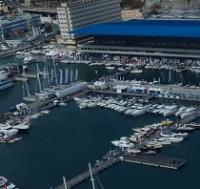 Two months before the official inauguration of one of the main nautical events, exhibitors and workers in the industry are being offered a new, important opportunity.

Two months before the official inauguration of one of the main nautical events, exhibitors and workers in the industry are being offered a new, important opportunity. Famous mansions and halls in Genoa will be available to them for presentations, meetings and press conferences during the days of the Boat Show.

As the stands of the 54th edition of the Genoa International Boat Show rapidly fill - confirming the marked growth trend compared to last year - the work to provide a new, more effective format continues.

One of the most significant initiatives is the opportunity for all Show participants to use nine specially selected, prestigious historical mansions as exclusive locations for meetings with dealers, press conferences and private events - at no added cost, thanks to the funding provided by the state and the Italian Trade Agency (formerly ICE) in particular. The perfect venue may be the magnificent Palazzo San Giorgio, built in 1260 and enlarged in the 16th century with Renaissance-style extensions (currently the headquarters of the Genoa Port Authority) or Palazzo della Borsa, a majestic example of early 20th century Liberty architecture, built to celebrate Genoa's new stock exchange. It could be Palazzo Rosso, decorated with 17th century frescoes, built on the Renaissance-age "Strada Nuova" [new road] (via Garibaldi), a UNESCO World Heritage Site.

On the same road are Palazzo Nicolosio Lomellino, one of the Palazzi dei Rolli (1500), decorated with frescoes by Bernardo Strozzi, Palazzo A.G. Spinola, with fantastic frescoes inside and outside, and the Liberty-style Palazzo della Meridiana.

The Museo Diocesano museum develops around 12th century cloisters in Genoa's historical centre, which is also where the Accademia Ligustica di Belle Arti can be found. This 18th century academy has a large art collection. Last, but no less beautiful, is the fascinating Villa dello Zerbino, an early 17th century nobleman's house surrounded by large gardens overlooking the town and with a view of the sea.

With the intent of helping workers in the industry to take part in the Boat Show, the agreement with Genoa's Convention Bureau has been confirmed. The collaboration with this network (made up of fifty companies in the conference sector) will make it easier to help exhibitors deal with practical issues linked to participation in the event, starting from finding rooms in hotels and including all other logistics and organisation problems. Because it has full knowledge of the town's resources and potential, the Convention Bureau can offer aimed and effective assistance.