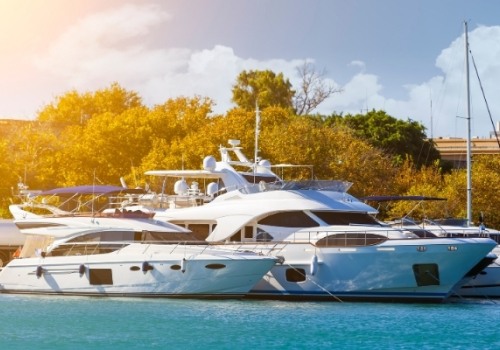 The PYA's Member Assistance Service recently received a report from a crew member who was recruited for a false job onboard a yacht. The motive of this job offer is not clear, however, this is an example of how crew might be vulnerable to human trafficking scams and/or identity fraud.

We've received permission to share this crew member's story below, but we've removed certain details to ensure her privacy.

''My name is [deleted] and I've been working as a stewardess for over two years. After finishing my last contract I was contacted by the owner of a brand new built yacht by the name of [Yacht name]. This happens on the 18th of July 2020 and we agreed to an interview a couple of days later. After the interview, I was offered the 2nd Stewardess position for a 15th-month contract, starting on the 01.09.2020. I was a bit sceptical about the whole thing since the contract didn't appear to include any legitimate information about the contractor nor the boat.

Weeks passed by and a week before my departure, I was contacted again by Mr. X to sort out the logistics of my travels and accommodation. I was told that the boat was still in the shipyard in [Country].

Due to the COVID-19 situation, Mr. X said he would arrange for me and another two colleagues with private transport. I expressed to him that I would prefer to fly on a commercial flight since the situation was too strange for me, but he insisted that his private plane would be in [unnamed location] on the 1st of September 2020.

On the night of 31st of August 2020, I was contacted again by Mr. X who provided me with the tail number of the plane and said I would be flying the next day around 10 a.m. We were in contact during that morning until I arrived at the airport and shortly afterwards I had no answer back from him.

The thing that worries me is that I provided him with my private information such as a copy of my passport, my certificates and my address. I really don't understand the motive of this whole scheme and I'm a bit worried he may use this information for other illegal activities. He also told me some private information about my supposedly future colleagues, so I think he might be contacting other crew in the industry to get their private information and use it somehow.''

The PYA received a copy of the very strange employment contract which both parties had signed using the 'Docusign' system. In this contract, the yacht was named as [Yacht name] but no other information about it was provided.

We warn all crew to be aware of false job offers, which are usually posted on social networks or online job boards by direct employers. Under no circumstances should a crew member board a flight or any form of transport if they are unsure about a future job offer and should always ensure they receive a legitimate work contract before travelling to work on a vessel.

Have you been a victim of an employment scam in yachting?

Please contact our team if you have been a victim of a job scam or fraud and need support.

Here's a short video with some tips on how to spot a job scam.

Please note, this video has been created for South African citizens, however, the principles can be applied to any individual or job