Industry » Features » VSAT: State of the Art or Crying Out for Innovation?
« BACK

VSAT: State of the Art or Crying Out for Innovation? 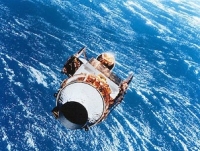 By the time this article is published, it may just be outdated.

Okay – so thankfully we’re not there yet. We’re not a print magazine, after all. But such is the rate of change in communications technology.

Wall Street investment firms are buying up the latest high-speed cables to transport information more quickly, while tech companies are working with algorithms that function on the microsecond, because that’s the margin of error these days.

The same is true for yachts. No matter how remote you might be, clients expect to be able to connect and communicate 24/7.

Satellite communications systems have been prevalent on yachts for over a decade now. Some industry professionals even attribute the increased demand for superyachts to the dramatic improvements in communication technology on board. Without the ability to relax and (more importantly) work while onboard, the superyacht industry never would have seen the same levels of growth. Yet for all the advances made in the past decade (smaller, lighter, faster), there is still some disquiet within the industry itself.

In January of this year, OnboardOnline published an opinion piece by Edoardo Zarghetta, co-owner and director of SkyTech Ltd., in which he argued that the VSAT industry was crying out for innovation. After 14 years in the industry, “I wish I had seen things coming together more, a bit of merger and acquisition, streamlining of standards, a focus on clients and users,” he wrote. “Instead, we have to get used to this huge variety, a jungle of satcom offerings that is overwhelming.”

The article was written after Zarghetta’s uninspiring visit to METS 2013. OnboardOnline wanted to explore the issue further, so we reached out to some of the top satcom companies to get their response.

The specific gripes range from impatience to substantive discontent. Packages and prices vary enormously, and connectivity is still inferior compared to the level of service we all expect on land.

In many ways, it’s the nature of the beast, says Geraint Morris, a senior field technician at Great Circle Systems. “While marine Internet access will continue to improve, the disparity with shore-side Internet will probably only increase in the future.”

Many communications experts agree with this sentiment but this hasn't held things back in the past. While Zarghetta touched on some important points, he ignored some pertinent information, says Cobham SATCOM’s Global Business Manager for Maritime VSAT Jens Ewerling. He says that Zarghetta “generously ignores the fact that we have seen massive mergers and acquisitions in the last 10 years.”

Ewerling goes on to list more than a dozen such events – including several involving his company.

However, Zarghetta says these mergers and acquisitions were all at the level of the manufacturer and therefore didn't impact the service received by the customer or the overal customer experience.

While it is true that the industry has expanded greatly, and now includes more than 100 companies, this tends to be the usual path with emerging market sectors, especially in the case of technology. Barry Panter, with International Ocean Networks, says they’ve seen incredible growth even in such a crowded market, citing annual growth at over 20 per cent and even a jump of 63 per cent in one year.

“The demand is becoming greater and more widespread,” says Panter.

Our interest in writing this article concerns perceptions, and how customers experience the VSAT sector.

A recurrent theme and the most universal sentiment was the need for greater standardization. Packages and prices vary enormously, as different providers promote different values and services. “It seems that as one provider gains traction with customers in a certain area or service, the other providers tend to move in that direction as well,” says Morris. “This benefits customers, as customers tend to steer the market in the direction that best meets their needs.”

In essence, he says, the market ends up working itself out.

Cobham SATCOM has already worked toward this end with the production of its 1m SAILOR 900 VSAT and the sub-1m SAILOR 800 VSAT, says Ewerling.

“This started to happen about two years ago,” he says. “They are from the outset designed to work on any available Ku-band satellite network.”

Likewise, Great Circle Systems has seen a growing number of yachts installing more versatile antennas. “The latest trend we are seeing on new installations of VSAT systems is the demand for Ku-to-Ka convertible antennas,” says Morris. “The installations are typically still being commissioned in the Ku-configuration, with the option to change over at a later date.”

SkyTech offers a three-in-one antenna solution which works in Ku-band, Ka-band and TV modes at the same time. This makes it an ideal solution for space-constrained installations.

The need for this kind of standardization is itself a result of great innovation, and one that will ultimately settle into a comfortable norm.

The extent of VSAT innovation can be seen in the wide range of options available. There's are different types of satellite – Ku, Ka, C, Flee and Global X-press – and different sizes and styles of antenna, all described using a range of confusing acronyms.

However, this is why intermediaries like Great Circle Systems exist. They’re able to distill the jargon into coherent sentences. And for crewmembers whose jobs involve VSAT operation, they facilitate training courses through their main provider, MTN.

MTN Communications Director Liz DeCastro says it’s important that clients don’t bog themselves down in the terminology. “The key is to rely on the right communication provider who will select the appropriate technologies,” she says.

Currently Ku-band satellites still dominate the market. “At the moment, Ku-band is by far still the most popular service,” says Morris.

However, that may change, says Ewerling. “The next frontier,” he says, “is high throughput satellites.” These will mostly consist of the Ka-band, though some Ku-band will also be included.

In the next few years, there will be more Ka-band satellites coming online and they will be able to provide significantly higher bandwidths – possibly at cheaper costs. However, due to their scarcity, they limit geographic movement.

“New Ka-band satellite technology is claimed to be the answer to the demand for more bandwidth but the technical ability and reliability of this concept are very much a controversial point,” says Panter.

Ku-bands still provide much fuller coverage all over the globe. Intelsat’s EPIC initiative, which is also due to come online relatively soon, will add new high throughput satellites to their global Ku-band coverage.

“The advantage of EPIC,” says Ewerling, “is that the vessel can keep the same Ku-band antenna and will seamlessly roam in and out of the high-speed, high-bandwidth, high-throughput areas.”

MTN is also soon launching its high throughput multi-spot beam (HTMS) satellite, says DeCastro. With this, “multi-hundred megabits per second should be a reality.”

Zarghetta agrees with DeCastro and says, "MTN is an expert at boiling the jargon down and serving customers globally." However, he says the uncertainty that comes with the transitionary period as new technologies are tried and tested means that the market is "ripe for new solutions" and it will be interesting to see how these ultimately play out among the competition. The most difficult people to please are always the customers, especially in the communications technology sector, and because of our expectations based on land-based systems.

Industry professionals understand the intricacies and the limitations of onboard systems, so choosing the right system for a yacht inevitably involves education and the management of those expectations.

At the moment, the demand for greater bandwidth in satellite communications is driven almost exclusively by the yacht market, says Panter, which wants “the same internet technology we have in our everyday home or office environment.” They want IP TV (Internet TV), low-cost voice communications like VoIP (voice over Internet protocol) and video calling.

And they want to be able to stream movies instantly from anywhere.

Indeed, this is where the NAS3000 Optimizer comes in, says Morris. It’s a multiple WAN router and bandwidth management device. “Users can select multiple Internet connections to bond together to increase the Internet bandwidth available to the vessel,” he says. It’s also able to restrict the bandwidth access of certain users, computers or groups (i.e., prevents crewmembers from hogging bandwidth and bogging down guests’ surfing experience).

Still, it’s all a matter of finding the right fit for each individual yacht. “Technology changes quickly,” says DeCastro. “It is important not to fit a yacht with technology just because it is the latest, coolest wizardry. Instead we seek to understand the lifestyle of the owner and guests, and match each customer’s investment in communications technology with the needs and experience desired.”

Often this also concerns data security. While VSAT communications are no more susceptible to security breaches than any other, it has become a rising concern in the era of N.S.A. spying.

“Security over any type of communications network is a major concern to yacht customers,” says DeCastro, “many of whom run extremely successful businesses or manage the world’s most extravagant assets.” MTN owns and operates its global infrastructure and has a great deal of control over its multiprotocol label switching (MPLS) network, allowing for a high degree of security.

However, it remains that VSAT systems are connected through land-based infrastructures so vigilance must be a high priority, says Morris. Beyond performance, we’re left with aesthetics and pricing. There has been a growing appetite to do away with big white domes, though there are no tried and tested solutions.

However, DeCastro believes we’re on the cusp of making flat-panel antennas a reliable alternative. This would give owners the option to upgrade to a more form-fitting antenna design that fits into the structure of the yacht. (See 'No More Domes' published last April)

Pricing, on the other hand, is a minefield. The main problem is that most yachts don’t have any means of tracking their usage, says Panter. A yacht with eight guests and eight staff could easily exceed 100 gigabytes without realizing it, which can lead to monthly costs being tripled or quadrupled.

In addition, she says customers need more clarity in terms of what they are buying. This is particularly true of whether you’re getting dedicated or shared bandwidth. A customer with shared bandwidth has to contend with others. A contention ration of 10:1 means the service could be shared with up to nine other yachts in the area. On the other hand, a committed information rate (CIR) essentially guarantees a 1:1 ration. “This means the customer will select bandwidth dedicated only to their yacht,” DeCastro says.

So perhaps things are not quite as bleak as they seem. Technology is improving. It’s getting faster, sleeker, and hopefully cheaper. One thing is certain: It’s marching to the beat of the consumer. So while VSAT may not match up to land-based networks now or in the future, it’s not stopping anyone from trying.