VAT is the Question - The Bureaucratic Maze in the Med 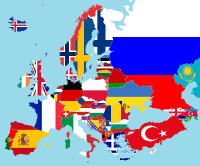 There are many reasons why people choose to cruise the Med’s hotspots, but clarity of regulatory requirements is certainly not one of them. Not only are superyachts struggling to figure out the exact implications of the Maritime Labour Convention 2006, but a slew of new VAT laws this year have added to the bureaucratic maze in the Med.

If there’s one thing that everyone agrees on, it’s the numerous grey areas that require skillful navigation to make it through the season afloat.

For the uninitiated, VAT is a consumption tax charged on products and services. So, when someone buys a yacht in the EU, they pay VAT on that purchase, which can increase the actual price by more than 20 percent.

The same applies to yacht charters. However, not only is the price of the charter subject to VAT, but so is everything else on the yacht – everything from the wine to the fuel to the artwork adorning the interior.

Despite the EU's promise of uniformity, much of Europe is still a hodge-podge of different requirements and rules. Whether you are crew, a broker, an owner or paying guest, there is a lot to be aware of when navigating the Med.

OnboardOnline has put together an overview to give our readers a sense of what to expect this summer. Throughout, we have referenced the VAT White Paper, developed by SuperyachtIntelligence in collaboration with Master Yachts, providing a comprehensive look at the changes coming into effect this season. It’s nearly impossible to start anywhere but France. Still the heartbeat of yachting in the Med, France has finally seen its favorable interpretation of the EU VAT rules fall out of favor within the EU. For some time, the French Commercial Exemption had been praised by yachting professionals as a positive incentive to charter in the region. It had provided for VAT exemption for vessels used commercially, but the European Court of Justice nixed the local application and forced France to fall in line with other EU member states.

As many will be aware, the end of this exemption began on July 15, 2013, and VAT has been due on charters in France ever since. “This implies new requirements for owning companies, including the need for VAT registration, appointment of a tax representative for companies established outside the EU, and general obligations regarding invoices and VAT returns,” advises Freddy Desplanques, a senior associate with Ince & Co, who contributed to the VAT White Paper.

Currently, VAT on charters in France is at 20 percent, although this can be reduced if a yacht leaves EU waters during the trip.

In another blow, charter yachts’ access to duty-free fuel will no longer be guaranteed. While Desplanques says that French customs have unofficially agreed to postpone a new directive, the French Tax Code now states that only vessels used commercially by their end-users will have access to duty-free fuel. Since a person chartering a vessel – the end-user – is not using it for commercial purposes, they will no longer be entitled to the duty exemption.

“Hence, yachts chartered for recreational purposes should now be excluded from the excise exemption on fuel supplies, as their end users do not use them for commercial purposes,” says Desplanques.

With or without VAT, France will always be a popular charter destination but, increasingly, regions, and individual ports within regions, are having to compete for business. Antibes has been yacht central for a long time, but to retain its standing, a massive overhaul of the port and surrounding facilites is currently in development, led by ASAP, an association representing the community and local businesses serving the yachting industry. Spain steps back in the right direction

In Spain, VAT comes into play in several scenarios, including yacht importation. However, in addition to VAT, the Spanish government, in a blatant attempt at overreaching, had also implemented a matriculation tax which tacked on an additional 12 percent. Realizing just how off-putting this was, and how much money they were missing out on, Spain’s government relented and has been granting exemptions to EU-flagged charter boats of any size since October last year. Thus, EU-flagged yachts can charter under the same conditions as Spanish-flagged yachts.

For these yachts, VAT is 21 percent of the charter fee for charters starting or ending on the Spanish mainland, and a further license is required to start or end in the Balearics.

The situation is a little less clear for non-EU-flagged boats, as different regions each have unique limits in place. In addition, VAT on the hull value may be required before a charter license is granted – surely a daunting fee for any owner to consider – as it would essentially be considered an importation.

The timing is good, coinciding with a number of significant port developments in the region, most notably in Barcelona, which boasts a 'nautical cluster' comprising Marina Port Vell, the shipyard MB92 and the Nautical Academy's port side training facility.

“Italy’s reputation for ease of operation in the eyes of visitors appears to have suffered through the seemingly arbitrary governance of its ports on the part of customs authorities,” says Martin Redmayne, Editor in Chief at The Superyacht Group.

Unfortunately, Italy’s stance on the appropriate application of VAT is a little too Italian these days. Officially, VAT is supposed to be applied at 22 percent of the portion of the charter that takes place within the EU However, it appears there are different theories on what this could mean, and a lot of people are working to achieve clarity on this, including the Italian Yacht Broker Association, on behalf of brokers having to make sense of the situation every day.

Still, the Italian system – in theory – is fairly straightforward and the country has decided to treat non-EU-flagged vessels with the same tax rules as those flying EU flags, which is often not the case in other regions.

Meanwhile, bunkering and access to duty-free fuel is still inconsistent along Italy’s extensive coastline, says Carlo Galli, a partner and head of tax at Clifford Chance, who contributed to the VAT White Paper.

Perhaps the biggest change this season comes from across the Adriatic Sea in Croatia. The country is now an EU member state and with this new prestige comes a whole raft of new rules.

On a positive note, the charter market has opened up significantly – at least for EU-flagged yachts over 40m – which will be thrilled to have Croatia’s stunning coastline open up to them.

However, yachts below this threshold, and non-EU-flagged vessels, will be left feeling rather bitter. Non-EU-flagged yachts over 40m will have to apply for an annual license, while yachts under 40m, no matter the flag, will not be permitted to run a charter business in Croatia. It’s the result of Croatia’s government trying to target the luxury end of the market, says Nic Arnold, a senior manager at Pricewaterhouse Coopers, who also contributed to the VAT White Paper.

VAT is now at 25 percent on all yachts above 40m, although a lower rate of 13 percent applies to charters which begin in Croatia.

Following the lead of Italy, Spain and France, Croatia has also taken the step of requiring a local fiscal representative and a local VAT number. All of these added burdens on Croatia have made a haven of Montenegro. Yachts are expected to flock to Montenegro this summer for duty-free fuel and favorable berth rates. In addition, repair work in Montenegro is not subject to VAT, so the country’s shipyards anticipate a busy schedule and it will be difficult for any boat trying to schedule maintenance last-minute.

When operating in Greece this summer, there are several important factors to be aware of. Firstly, all yachts operating in Greek waters are required to be registered with the Registry of Touristic Yachts and Small Vessels. Similar to Croatia, charters for non-EU-registered boats are restricted to boats of 35m or more. While this is certainly an added bureaucratic burden, the 10 percent luxury tax no longer applies.

A sea of uncertainty

Yachts can expect to see greater enforcement throughout the Med and especially in EU waters. Wherever the requirement for customs presence on land is reduced, we can assume an increased presence along the coastline.

Having learned from last year's mistakes, and having witnessed the severe backlash to raising taxes, it is expected that customs agents and tax authorities will aim instead to increase government revenues through more strenuous enforcement of the current law.

Due diligence ought to be the name of the game this summer, and local consultants are usually the best route to financially sound decisions that will leave you unfettered by the authorities and free to make the most of your summer season.