Industry » Features » The Status of Diversity and Inclusion in Yachting
« BACK

The Status of Diversity and Inclusion in Yachting 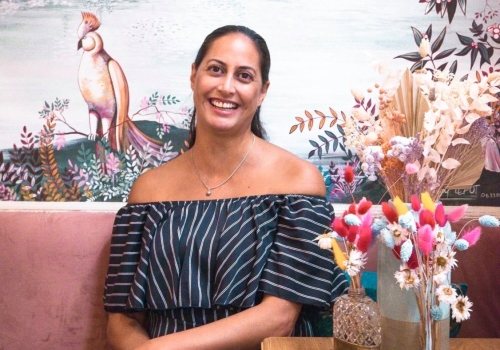 Diversity includes but isn’t limited to age, disability, gender, race, religion or faith, sexual orientation, pregnancy and parental considerations, marriage and civil partnership or social status. Inclusivity is ensuring your employees feel accepted, valued and at ease to share their ideas and perspectives. For present purposes, diversity is the ‘what’ and inclusion is the ‘how’.

Shifts in global sentiment will leave a mark on brand longevity and customer engagement. Isn’t it high time to uncover diversity and inclusion in the yachting industry and have honest discussions about something that impacts all of us?

Within the ILO Maritime Labour Convention 2006, there are fundamental principles which underline age, such as minimum working age and guidelines to eliminate age discrimination.

Even so, a survey by the Professional Yachting Association (PYA) revealed that crew can encounter age bias during the recruitment process. This particularly limits employment opportunities for those entering the industry aged 50 and over. I spoke to a number of yachting professionals who were frustrated their career advancement reflected age-biased assumptions. “I feel the superyacht industry overlooks excellent candidates because they may not have joined via a traditional career path. I'm over 40, my background is in the Merchant Navy and there’s definitely a perception that I’m set in my ways, I’m not as energetic as the younger crew or as tech savvy.”

If there’s demand for loyal and highly-skilled employees the better individuals are represented and understood, the better they feel treated. Alongside this, there are traits that are valued in the niche yachting sector such as leadership, resilience and problem-solving - often attributes that come from years of experience. To eliminate potential age discrimination for both young and old, we need to get feedback to understand how different groups experience the yachting industry.

Bernard Vivegnis who has a maritime career that has spanned five oceans and 80 countries on various vessels, is a Master Mariner unlimited, Class Surveyor and Lead Auditor. He says: “We have a seasonal crew of 25, of which 18 are full-time employees. With our full-time crew, the average age is 42 years. The permanent crew counts nine nationalities, with two more if we count the temps. I started in commercial shipping; while I was at the academy my girlfriend was a student Marine Radio Officer. A good proportion of those were women already (1980).

The first female student for deck began school just one year after me and went all the way to be a Gas Tanker Captain in the nineties, so did many others. In the culture I come from, and later in shore positions too, gender diversity is natural and always based on merit only.  Petra, our Hotel Manager, who is also my partner since 2013, has been in contact with boats all her life. Nevertheless, she only started working as crew on yachts aged 55.  So, you can easily see how we find ageism more of an issue than gender.”

Gender is one of the most visible forms of diversity and at the core of many diversity policies in the superyacht industry.

We have seen big improvements in media coverage in the industry regarding gender equality, however, negative stories still circulate from yacht crew.  A female candidate who seemed ideal based on qualifications was directly told she was “too masculine to be a stewardess”; a 23-year-old told me he was advised face-to-face by an Antibes crew agent that he was “too camp to be a deckhand.”

Everyone I interviewed agreed there should be zero tolerance of bullying, harassment or violence in the yachting industry, including sexual harassment or cyberbullying.  Alongside this, there must be solid enforcement through reporting bodies.

A recent superyacht industry publication accentuated that women represented less than 15% of expert sources quoted in the report or shown on the cover.  The outcome included a flood of online comments which ranged from Twitter rants to in-depth discussion about gender parity in management positions in the superyacht sector.

Marcela de Kern Royer, Owner of Onboard consulting in Monaco (pictured below) and currently developing the Genoa Superyacht Hub, shared her viewpoint. “I was 19 when I started in the industry and my biggest challenge was people not taking me seriously because I was a young woman. I got 'career advice' from top leaders saying: ‘You’re too ambitious for this industry; women only work in admin or support roles, you have an education in finance so you better stick to that.'

"I worked with industry leaders for The Superyacht Industry Book, and that was thanks to my relationships and the professional credibility, respect and reputation I have built over the past 12 years. I believe this is regardless of my gender, to be honest. Once they realise that you actually know what you are talking about, they treat you as one of them, but I do feel like I had to work harder – firstly to prove myself and then do my job.” 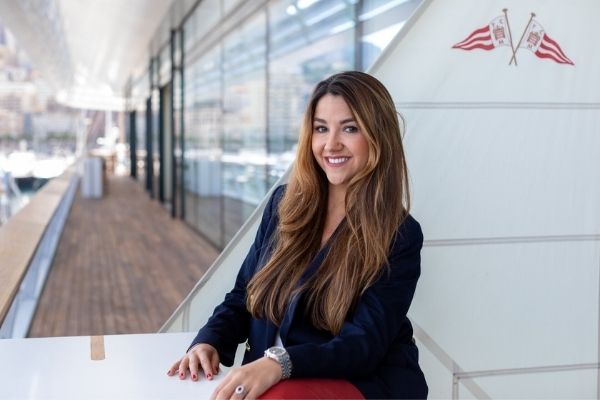 By law, many countries have a gender quota where a minimum percentage of board members must be female, however women in leadership positions isn’t a dominant force in yachting.  Diversity quotas are sometimes badly perceived, but if you remove them what are the alternatives you see in the superyacht sector?  It’s clear that yachting CEOs rely greatly on female management and women’s groups to expand gender dialogue.

I noticed a recent announcement for the board of directors for a yacht brokers association; all 11 elected board members were male.  Was there input from the nominating committee to actively seek out and nominate female directors?   It’s not just yachting that reflects corporate talent pipelines - white males held 85.8% of the Fortune 500 CEO positions in 2020.

Lea Tintaud who works as a Yacht Charter Broker and Helicopter Consultant feels that the industry can be tough, but there’s no place for excuses. “Working on yachts, I understood very quickly how pyramidal management works in general, and if I worked hard and understood how to navigate this with respect and a smart approach, I could very well have the same credit as a man.

"When I entered the brokerage world, my inexperience in the administrative side of the business made me very humble and I did not feel discriminated at all. On the contrary, there was no limit to learning and the whole team wanted me to succeed and understand the business on a global scale.”

Accurate numbers of females working across the superyacht sector are hard to obtain; I was surprised because I assumed that for us to acknowledge gender parity we need to inspect detailed data and its distribution. The International Maritime Organization (IMO) and the Women's International Shipping & Trading Association (WISTA International) are conducting a Women in Maritime survey until 30 June 2021. The survey is part of a study that will be conducted every three years to support the implementation of the United Nations Sustainable Development Goals. The data collected will assist in creating programs and policies that will increase the participation of women in maritime. Questions aim to compare geographic regions, 35 maritime-related activities and management scales; you can participate here: https://www.research.net/r/IndustryIMOWISTA

Generally, diversity reports are difficult to find for the superyacht industry. Equality Check is a platform for crowdsourced reviews about workplace equality and culture, though it doesn’t dive deep into yachting-specific policies, organisational procedures or geographic data.  Sea of the Sea’s Annual Report 2021 reported on feedback from 24 of their current Pledge Signatories representing crew placement, management, shipyards, training providers and yacht services. It was interesting to see that the results showed that just 33.3 per cent of Pledge Signatories were currently collecting employee or customer data for D&I monitoring purposes.

As with many other industries, data tools and frameworks are lacking. We should be identifying the roles and sectors that employees work in, and issues such as salaries, health and well-being and concerns such as parental or sick leave entitlement. Nevertheless, these are all good starting points for establishing a baseline for inclusive workplaces. Hopefully we can increase the sample pool, categories and companies contributing to results industry-wide.

There are professionals who are lesbian, gay, transsexual or transgender in the yachting sector, though it remains one of the taboo subjects that is rarely discussed. I spoke to four individuals of the LGBT+ yachting community about their experiences. They told me they’re on the receiving end of overt or covert discrimination hearing insensitive jokes or bigoted remarks at least occasionally.   One told me he “hates the use of acronyms because it’s not a true depiction of what I identify as. I don’t want to become the token gay guy.”

The reality is LGBT+ employees are employed in the industry, but many are told to subdue their personalities while at work.  Anti-discrimination legislation does exist in maritime, yet crew members and employees are not always aware of the provisions of anti-discrimination laws or where to find assistance. Evidence suggests that people are hesitant to report discrimination for fear of creating a hostile work environment, losing their job or the cost of legal processes.

The Pride in Maritime Network was launched in 2020 as part of the Diversity in Maritime programme from Maritime UK.   It aims to educate and enable individuals and companies to embrace, empower and support the LGBT+ community which is encouraging to see. 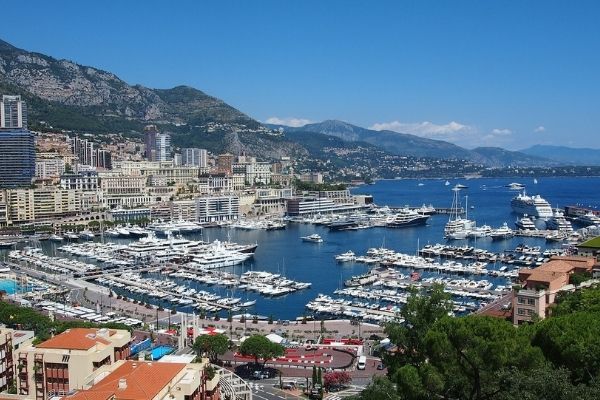 Last month, the Principality of Monaco announced they are a 2021 featured destination of the International LGBTQ+ Travel Association (IGLTA). “We are thrilled that Monaco has become an IGLTA Featured Destination after having been a member since 2015,” said the Monaco Government Tourist and Convention Authority General Manager Guy Antognelli. “Monaco is a cosmopolitan nation with 139 nationalities that help make the world’s second smallest country culturally diverse, inclusive, and welcoming.”

The relevance to the superyacht industry is important. Yachting is the fourth largest sector of the Principality and a hub for over 300 companies connected to maritime activity and of course, it’s synonymous with yachting being the home of Cluster Yachting Monaco, Monaco Yacht Show and Yacht Club de Monaco.

Many of the industry’s best-performing sales and charter brokerages are based there, yachting companies align with Monaco’s major events and the International University of Monaco offers the Yachting Track, a specialised field of study of the Msc in Luxury Management proving the impact of an ever-evolving market is always present.

Destination tourism has amplified marketing efforts, as well there are plenty of global sailing companies advertising LGBT+ friendly charters. However, in my research for this article neither myself or numerous sources I spoke to could give examples of gay-friendly representation in superyacht advertising or imagery. I believe it’s non-existent but I’m happy to be proved wrong.

It’s a contradiction for an industry that publicly extols the virtue of respecting individuality when the reality differs.

Read Part 2 of The Status of Diversity and Inclusion in Yachting here.