Industry » Features » The Status of Diversity and Inclusion in Yachting: Part 2
« BACK

The Status of Diversity and Inclusion in Yachting: Part 2 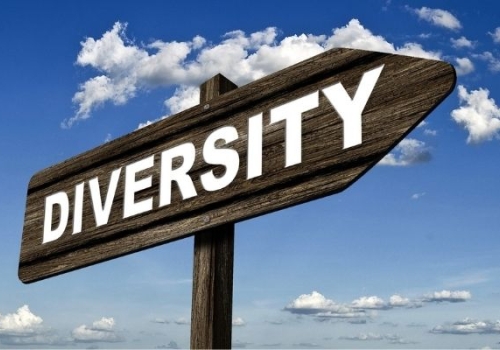 Read Part 1 of The Status of Diversity and Inclusion in Yachting here.

Diversity and inclusion are not the same. Inclusion is about authenticity, empathy and equality, and is more focused on the policies and procedures a yachting company implements in the workplace. There’s never been a better time for advocates to be 100 per cent vocal for these causes.

Let’s discuss some of the key points.

The role of yachting media

I remember my first personal experience of racism when I was a child; lining up for a school cross country race and a kid from a competing school made a teasing remark about my ethnicity being a deciding factor in winning or losing. As a shy child, it was confronting. Not because it was verbalised, but because my parents had instilled in me that a skinny brown girl had as much right to stand at the starting line; I had the same chance to win or lose as anyone else.  Partially fueled by athletic ability and partially fueled by determination to prove the kid wrong, my little legs ran as fast as I could.  I won the race.

All this came flooding back to me a few months ago. My youngest son was doing a school craft project and looking for silhouettes of people to glue onto paper.  Thumbing through one of my yachting magazines for a few minutes he suddenly stopped, turned to me and asked: “Mama, where are all the brown people?”

An innocent comment from a 5 year old child who attends a multinational kindergarten and has extended family on five continents. In a day of childish observations, this one caught my attention. He was 100 per cent right and I couldn’t give him an answer. Where exactly were all the brown people??

We sat together, turning the pages of seven international yachting publications; dominantly showing loved-up white couples frolicking on superyachts and yachting imagery of nuclear families of a white husband, wife, son and daughter. Aside from one yachting magazine that geographically represented local ethnicities, there were only 34 pages out of 851 pages in total showing any diversity with their imagery. 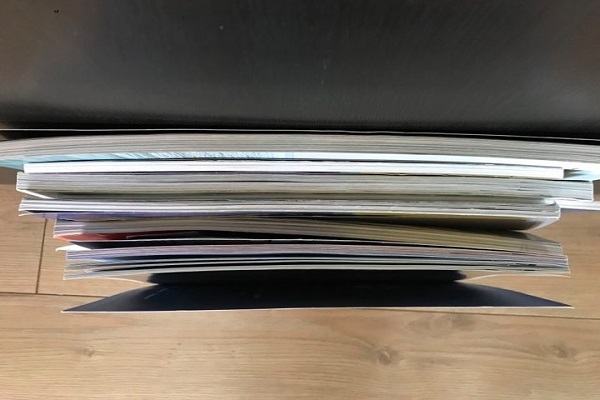 I won’t name the publication here, but one magazine went to print with just two pages out of 136 pages representing diversity. TWO PAGES in a well-established publication that announced they promote diversity. It was confronting to see single-digit representation across these pages because the reality was clear – the lack of diversity wasn’t solely visible in print magazines, but rampant across yachting websites, brochures and digital marketing.

I interviewed yacht brokers, yacht designers, company owners and crew members of different nationalities. Many yacht crew I spoke to from North America to the Adriatic, Africa, Asia, Caribbean and the Med said yachts vouch they employ the best candidate to do the job. However, the reality is that owner’s preferences, management companies and crew agents can show bias based on physical appearance, ethnicity, gender or nationality of the person applying for whatever role is open.

You only need to read job postings to see the list of desired requirements extends far past minimum industry certifications, academia, experience or physical aptitude to do the job.

Josipa Lozo works as a Chief Stewardess (below) and shared her experience: “At a major yacht show, I worked on a boat that was about to be sold. One of the brokers was more interested in talking to me than actually seeing the boat. He said and I quote: ‘Don’t know how you managed to escape Croatia to get on yachts. Isn’t there a war still going on?’ It still rings in my head. I believe that person would never say something like that to anyone today. That is what I call progress. And there is still more to do. I know this sounds clichéd, but being kind is essential to make changes. Maybe then job posts would never mention what passport is relevant.” 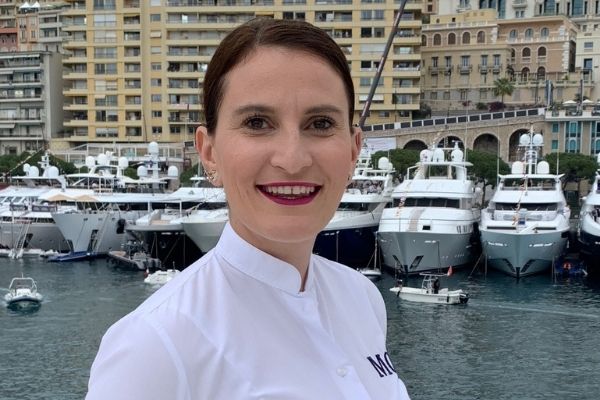 An African-based deckhand told me: “I feel embarrassed to say it but I ‘tone down’ my identity in the superyacht industry to fit in. If I comment publicly on something, I’m viewed as playing the race card. I feel that many people question my ability based on my ethnic-sounding name, skin colour and where I’m from, rather than my character and skillset to get the job done.”

Some frank feedback proving that diversity issues still sit on the surface. Is it really OK to expect crew or shoreside employees to drop their identities when they start a career in yachting? Communication, engagement and inclusion are interlinked with our job and we need to monitor the implications of blocking this on well-being and mental health.

As well, data-driven marketing means we make strategic decisions based on customer interests, behaviour and insights. Yacht marketers assess this data constantly! It helps us understand certain demographics for targeted campaigns, however it means we fail to observe purchasing motivations and emotional stances of brands.

Even with laser-focused strategies, putting a foot wrong with cross-border marketing and data collection can be challenging for yachting brands. Gaps can arise from cultural and societal expectations of women resulting in varying supply dynamics in different global regions that need to be considered, regional barriers such as collecting racial or ethnic data in Europe in accordance with the EU Data Protection Directive (Directive 95/46/EC), or being sensitive with data collection related to indigenous identity.

“I think yachting is international, I do see a lot of nationalities being represented,” adds Marcela de Kern Royer. “Regarding this, I do agree that some nationalities are dominating, however in terms of advertising and marketing I tend to see more and more Asian-based nationalities which is reflective of this upcoming market.”

Where will the superyacht industry stand in the future unless we evolve? There seems to be a feeling that the next generation of employees and clientele has been ignored with advertising and marketing campaigns. And with that is their combined spending power - something that the industry won’t be able to ignore for too long.

70 per cent of our coastlines are in the developing world, yet media representation to reflect the faces from these regions is disproportional. Why are we not changing this? The burgeoning importance of our oceans and how relatable yachting appears to different nationalities is something we should have already rebalanced.

The superyacht sector has always been strong at publicly discussing build, design, crewing or operational efficiency, yet at the mere hint of diversity and inclusion there’s an exodus and the steps to progress fall on one or two players who act as pacesetters. If long-term commitments are going to play a role in changing yachting culture, there has to be action from top management within the industry or we’ll keep seeing gaps between the education/training stage and industry opportunities.

We must encourage debate to break consensus bias and include diverse employees in the discussions and decision-making process, or we’ll fail to get ideas or perspectives that we hadn’t thought of before. People need to feel that there’s sincerity in the efforts to include them or they won’t speak out. Diversity should not be focused on favoritism or tokenism, but promoting equal opportunities.

Let’s do what’s best for the durability of yachting, not simply what’s considered the done thing, because we can’t cultivate anything if it’s left gathering tumbleweeds in the human resources or public relations departments. We need to stop defining movement as definitive progress, because it’s fueling corporate hypocrisy - there’s plenty of scope to improve current business practices in the superyacht sector from recruitment to taking ownership for the use of imagery across brand marketing and messaging. 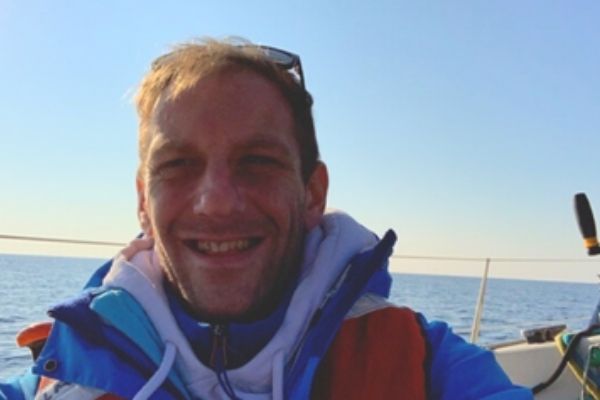 Nikos Karayiannopoulos (left) who is a Partner at Gloss Yachts believes that we need to broaden our reach so we include people that are keen to learn about the industry and bring new ideas. “We should raise awareness on aspects that obstruct the maritime space to flourish and cultivate an open culture to propel yachting to a sustainable future. By acknowledging and embracing different cultures in different fields, we value diversity and inclusiveness and allow data and knowledge to drive and transform our industry.”

What are proactive steps that will drive change?

The first step is ownership and acknowledging we can do better.

Step two is building awareness and education via actions and solutions specifically for the yachting sector.

Rhea Rouw is the Founder of Yachting International Radio, the only broadcast media who has covered around 80 interviews focused on diversity, alongside interviews discussing underrepresented topics. You can tune in to ‘Diversity in Yachting’ with Gabriela Barragán on Thursdays, or ‘Uncensored’ hosted by Marièn Sarriera on Tuesdays. Rhea says, “There is a disconnect between most of the industry's statements and marketing as well as their commitment of resources, and the actual reality of change being made. The struggle isn't new, the conversation isn't new, the problem is that corporations talk the talk, but don’t walk the walk. I realised that Yachting International Radio was a pioneer for these conversations; the only way to understand how we can change as a society and an industry is if we listen to the narrative that comes from reality, not perception.”

I know that this article will fall into view of some industry professionals and they will read it, roll their eyes and feel hugely uncomfortable; a harsh reality check that their words don’t mirror their actions. In the near future I predict we’ll see yachting websites, publications and marketing updated as businesses visually revise their content, alongside announcements from yachting companies stating their ‘commitment to diversity in their advertising and media.’

None of us are perfect, and I’ve learned so much putting hours of research into this article. There's no way to be likeable to everyone if you want to demonstrate lasting change. I’m still learning to accept that some days I have to be brave enough to get booed out of a room or take criticism alongside accolades. And I will, but I will do it with authenticity and one day I’ll show my sons this article and explain how I drafted it and hesitated whether to publish it.

I believe the superyacht sector is improving and can be a better place. In terms of employment, the industry has a lot to gain as we reset for the future and discussions continue about internal organisational structure, flexible work conditions and broadening our workforce.

I hope to keep pushing for those stories on behalf of those who may not otherwise have access to them. We need visual and aural visibility in our internal and external yacht advertising and marketing that represents people from various demographics and socioeconomic backgrounds who can expand our breadth of thinking.

We should already be speaking up for global audiences. Now is our greatest opportunity to act collectively to evolve our industry and engage people by uncovering the layers of what they’re feeling, rather than what someone else says they’re thinking or saying. Until we shine a lens on everyone with respect and sincerity, then sustainable change isn’t possible.

Sources:  30% Club, Balestra, C. and Fleischer, L. (2018), Diversity statistics in the OECD: How do OECD countries collect data on ethnic, racial and indigenous identity?, OECD Publishing, Paris, EU Maritime Women, International Labour Organization, International Maritime Organization, Report on Data Collection in the field of Ethnicity (prepared for the European Commission, relating to EU Members collecting racial or ethnic data per Directive 95/46/EC [1995] OJ L281/31), Regulation (EC) No 1882/2003 of the EU Parliament and of the Council of 29 September 2003 L. 284, She of the Sea Annual Report 2021, Why Women Work, World Federation of Advertisers (WFA).