Industry » Features » The Experience Factor: The relationship between captain and management
« BACK

The Experience Factor: The relationship between captain and management 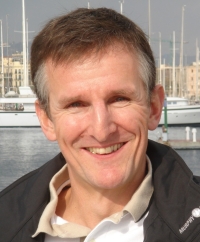 For Fabien Roché, European Director of Yacht Management at IYC, and ex captain, the art of yacht management is all about relationships – the most perilous of which is that between the management company and the captain. Too often that relationship can be strained on various fronts, as some managers may choose to bark orders at captains who in turn do not really appreciate having to abide to orders that might well be unjustified.

The whole idea is to work together for the best interest of the owner, but unfortunately that goal can get muddied by ego on both sides. It often helps when yacht management has had experience working on the other end, said Roché, who worked on yachts since he was 18 and entered into yacht management two years ago.  It helps establish a strong foundation for the relationship, and it allows him to avoid falling into the pitfalls that so often sour the relationship. “My view on this is that we should all be working hand-in-hand,” he said. “I’m not here to manage the captain; I’m here to support the captain with the experience I’ve gained in my career. And that’s where I think the experience gained is invaluable, because I know what captains expect. I certainly knew what I expected from a management company.”

“I’ve worked my way all the way up the ranks, from deckhand to cadet to captain, and I’m also a qualified engineer. I’ve also worked on motor and sailing yachts – so, I pretty much know what’s entailed in every position. This enables me to understand problems and to know how to deal with and talk to crew,” he said.

Captains know right away when someone is not familiar with yachting or any particular subject therein. The moment they get a blank look upon explaining a problem on deck or in the engine room, their confidence begins to dwindle. A seasoned yacht manager should be able to establish credibility much quicker. “When you have somebody that comes on board – somebody that has never been on a yacht and you realize that the message is not getting through,” Roché said. “It’s a bit tough. But when you get somebody that’s been a captain in the industry and you start talking details that might be engine-related or rigging-related, and they understand immediately, then surely that’s a help.”

Roché doesn’t particularly like the term ‘yacht management.’ The term gives the wrong idea about what the relationship should be. “It’s only vocabulary, but it’s an important point,” he said. “Because captains generally don’t like to be managed by people that are on land and that, in most cases, either have little or no experience of the yachting scene or the maritime world in general; or if they have, have quite simply forgotten what it was like when you’re on board.”

At the same time, when the shore support (to avoid calling it management) is done right, it can be the most advantageous of symbiotic relationships. Captains are inherently busy men. Bureaucrats have made sure of that. With the constantly changing laws and regulations, the burden of paperwork can be overwhelming for many captains – not to mention the fact that they must at the same time command a multi-million dollar vessel.

The job description of a captain has changed in the decades since Roché first took on the role. Yacht management companies came about to fill that void, and there is much more that they can do nowadays on land to facilitate the work on board. “A busy captain doesn’t have the time nowadays to fill in all the papers and contact all the contractors that he needs,” Roché said. “He needs assistance. He needs support – and it’s that support that we can provide.” Nowadays, compared to 20 years ago, the captain’s job is completely different. Twenty years ago, the captain’s job may have been to be on deck and sipping a cold drink under an umbrella and waterskiing with the guests. Of course, I’m exaggerating a little. Now, the captain’s job is mostly sitting behind a computer filling out forms and making sure everyone’s got the right piece of paper and the right certificate.”

Roché is well aware of the rumors floating around along with many captains, who warn that management companies pocket commissions for using their preferred vendors. A modern equivalent of going around collecting envelopes, he said. And while there are most probably examples of this in the industry, it should by no means be considered commonplace. “If that’s true for some other people, then so be it – what goes around comes around and they hopefully won’t be around very long,” he said. “But we work to protect the owner’s interest to the best of our ability. Of course, this comes at a price. We like to be realists and hence present budgets and fees that we feel are commensurate with a specific yacht and its particular usage. This can be met with some degree of surprise, compared to certain other companies who will present a potentially lower budget and fees. If the fees are too low then I will leave the reasons behind this to your appreciation. If the budget is too low, then inevitably there will be repercussions down the line, be they financial or human.”

Roché feels that approachability is important in order to let a captain know you are there for them. “I make a point of visiting our yachts as often as possible,” he said. “When there’s a problem, I go and see them. There’s nothing better than looking at someone in the eyes. And I think the personal touch is very important.”

Fabien began sailing regularly at the age of three, and had sailed most of the world’s seas by ten. He gained his first commercial maritime license in 1987 and he worked on yachts in the Indian Ocean, Mediterranean and Caribbean until the early 1990s before finalizing his Class 1 Master’s license in 1996.

Fabien has worked on yachts for much of his career, including M/Y Indian Empress and S/Y Felicita West, before creating the IYC’s European Yacht Management Division in 2012.