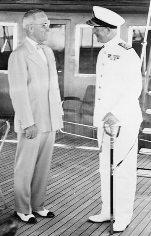 My first experience of yacht management was perhaps one that unfairly skewed my view of them for years.  Many years ago, when I was a deckhand on my first yacht, someone I had never seen before came aboard with the captain, and after walking around the boat for 20 minutes, approached me. “The deck is wearing quite thin,” he said. “You will have to stop Karchering it so often.” I was about to reply that I had never carried out such a procedure and was never likely to, when I caught the quick shake of the captain’s head.  Mumbling my agreement, I watched him walk off, no doubt to tell the engineer to stop using cooking oil in the main engines. After the visit was over I discovered that the gentleman was in fact the manager of the yacht, and that he ‘ran’ the yacht from his desk in the UK.    What a clown, i thought. I hope I never have to deal with him again.

In the intervening years I have worked with many more yacht management companies and have come to see that, in general, they have contributed greatly to the successful operation of countless yachts.  With ever-increasing legislation and the attendant paperwork, the need for funds and budgets, and the increase in size of yacht, crew and cruising grounds, it is clear that more support is needed from the shore to allow the captain and crew to get on with their jobs.

The best of these companies provide a clear point of contact and control for the owners, and provide the captain and crew with a range of support services, from accounting, ISM and ISPS support, recruitment, supply, technical support and brokerage and charter agency.  There are a few big players in this field and they have the resources to offer the full package for their clients and captains.  Personally, I have had positive experiences in which there is always a yacht manager, DPA, or other support available for any situation, and yachts are obviously benefitting from this assistance.  If there is a real, clear demarcation of responsibility between the captain, crew and management, then everyone benefits. Over the last few years, however, there has been a myriad of management companies established with only one goal in mind - money. Viewing the owner as a cash cow, they are extremely focussed on sales and charters, or budget reductions and cost-cutting.  To these outfits, crew can appear to be a hindrance and an obstacle.  If they tell the owner that costs can be cut through crew reductions, hiring less expensive, less qualified crew, or reducing departmental budgets for maintenance and servicing, odds are they'll get the contract. The problem comes when the service is not up to scratch, or the yacht starts breaking down or showing excessive wear.  The solution?  Blame the captain or crew and replace them.  One company I know of seems to take steps to remove long-serving crew who are beginning to gain the owner’s ear, presumably as a way of ensuring that the truth of their practices remains unknown.

The industry, yachts, and their crews have faced great changes in regulation which have undoubtedly led to a safer and more accountable industry, but it seems that management is still running behind.  I am not talking of the larger or more professional companies with Flag approval for their ISM practices, ISO status, properly trained staff etc.  But for the shadier outfits, it is commonplace to have a manager with less experience than most of the crew dictating how the yacht should be run.  You could speculate that this reflects the yachting knowledge of the newer yacht owners.  The huge increase in the international yacht fleet over the past decade has brought quite a few owners with little idea of what owning a yacht entails (some even dislike the sea and yet still buy). In this situation, a manager can tell the owner anything they like about what is ‘normal’ for a yacht and, once again, if it doesn’t work out, you can always blame the crew.

I am hoping that my comments so far have been equally praising and scathing, as this is a complex issue and the temptation is (as a lot of yacht crew seem to do) to disparage the management over issues which are really just part of their job. So how did it get to the point that ‘sides’ have been drawn, and a ‘them and us’ came to be?

Firstly, I think that yachting was, is and always will be about people.  The relationships between owner and captain, captain and crew, and so on, are what make or break a yacht.  When a yacht runs smoothly and the owners enjoy their experience on board, you can be sure there is a happy relationship where all crew and guests feel respected and valued.  How often have we heard that charterers book repeat business because of crew rather than the yacht?  How many owners have got frustrated with what they see as ever-changing or unwilling crew?  How many crew have left the industry due to the malign influence of an ego-driven, shouting captain? Crew that last together look after one another and work as a team.

As a captain, I see the owners when they are on holiday and pretty much 24/7 during that time.  This means I can observe how they like their service, what kind of people they enjoy around them, and how they interact with the crew. I can also see the crew themselves, as they go about the hard graft of making the whole show work and how their personalities and attributes contribute to the whole.   This puts me in an ideal position to select the best crew for the vessel, you would think.  But no, not according to some management companies, who think they should be the ones to choose who is suitable to work on the boat. For my part, I cannot see how someone who has never done a day’s work on the yacht can pretend to know what is best for a situation they know nothing about.  As such, I have made it clear up front that I expect to select my own crew, with input from the owner if he so wishes.  Recently, there have been signs of encroachment by management, when they hired a candidate for the yacht that I had previously considered and rejected due to lack of experience.  I was informed of the fait accompli several days afterwards, when a green deckhand was foisted upon me, which the crew have had to train and carry mid-season.  Needless to say, this deckhand was employed to make savings in salary over a more experienced, qualified crew member.

For a management company to fail to comprehend that the crew are people, and need to be managed with thought, is fatal to the relationship that could be fostered here. I have experienced the type of management who call up to wish someone a happy birthday, or enquire about the wellbeing of the crew, with no agenda, and they have proved to be a delight to work with in all respects. In this particular case the crew and management presented a united front to the owner, who then went on to buy a larger yacht and continued their yachting adventures. On the flip side, I have had company representatives who have sprung on the yacht with no warning to do spot ‘inspections’ and, with the minimum of courtesy, have treated the crew as a foe to be caught out. In this case they were roundly despised by all on board and, from then on, even commonplace requests from them were carried out with suspicion and distrust. Certain attitudes don’t help the relationship either.  I recently read with a degree of anger, an article by a management company published in a crew magazine, which seemed to be a naked attack on the authority and value of captains.  It was stated that no captain could know as much as a management company, as the captain was only in charge of one vessel, whereas the company managed a fleet of 45. In fact, the article recommended that captains view the management company as a large bank, with the captain being the branch manager. This article demonstrated a breathtaking arrogance in assuming, firstly, that a captain’s experience is only of the vessel they are currently on.  Secondly, it fails to grasp the concept that an overview of a group of yachts may not be as important as direct and detailed knowledge of the only vessel the individual owner cares about - his own.  Thirdly, the captain has ultimate responsibility when it comes to the vessel and I would be interested to see if the management were as eager to claim it as their show in the event of misfortune.  More likely there would be another round of finger-pointing to safeguard their incomes.

Understanding of regulations and accounting cannot prepare you to understand what makes a yacht successful, as it does not come down to figures, but to joy.  No person would ever buy a yacht for the purposes of financial gain, so, with the understanding that it has to be run responsibly on a fiscal and safety basis, it needs to contain the human elements which make it all worthwhile. And these will not be found in an office ashore.

Overall, I feel that management companies have added a lot to the industry and, when done well, they have freed me up to focus on guest and crew welfare, and all the other immediate jobs which fill my days.  At their best, management companies are a resource to be used and appreciated, a partner to assist with issues, and likewise share in the triumphs.  At worst, they are an insidious influence, undermining captain and crew confidence, taking the quick buck and exploiting owners to the long-term detriment of the entire yachting industry. This is my experience - what is yours?

For an engineer's view on yacht management, please click here