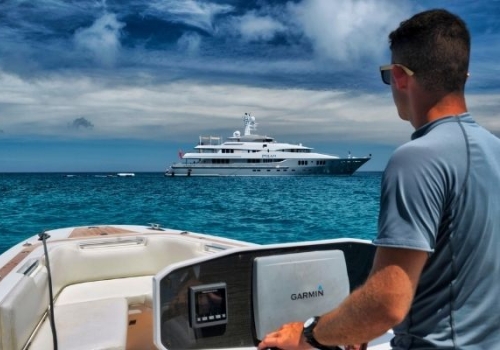 There’s a long-standing myth in yachting that working on a charter yacht equates to seeing the world on a bumped up salary in a party atmosphere while a private vessel spells a slower pace of life in a lower octane environment.

As anyone who works in the industry knows, however, it’s a lot more nuanced than that. In fact, the traditional thinking that crew are either ‘charter or private’ has given way to a much more fluid scenario – and as a result, culture has evolved too.

It’s not about being a chameleon as authenticity is embraced and encouraged over and above the need to make yourself fit.

Crew-Glue Managing Partner Sara Ballinger advises a flexible approach for a rewarding career in either context. “Authenticity is preferable to having multiple personas to suit whoever you happen to be talking to,” she says. “It’s about adapting your style, not your personality.

“If you’re someone with a full on, extrovert and fiery personality and your captain is more thoughtful and detail oriented, bounding onto the bridge unannounced and bombarding them with your latest idea might take them aback.

“Better to be more self-aware, temper your style, tone it down, ask for a few minutes of their time and then hit them with all that energy! That’s flexible, but not inauthentic.”

Luxury Hospitality’s Peter Vogel, a former fleet hospitality and event manager, advises a less superficial approach in the recruitment process in order to find crew who are the right fit whether the yacht is for charter or private use. “If you hire because people are pretty, you will roll into issues as you are not hiring with a view to a proper job fit.”

He also advocates the idea of treating every yacht as a business, adding: “Commercial or charter vessels are driven by a financial perspective. The purpose is to make money, and while running a private family yacht is different, if you still run it as a business, things become easier and more aligned. More owners are now talking that language and there has been an evolution in attitude.”

It’s wise for green crew to be wary of the perceived wisdom attached to charter and private craft, particularly as the fantasy often bears scant resemblance to the reality.

“Charter yachts are regarded as a fast-paced and exciting albeit demanding working environment,” says Luxury Hospitality’s Insight specialist Lynne Edwards, a former interior manager. “The sheer volume of work and long hours can be hugely underestimated by green crew until they actually experience it – and it doesn’t suit everyone!

“Green crew who believe it’s an opportunity to see the world can be disappointed when they experience it only from the deck or through a porthole, with the exception of a rare night or two off.” 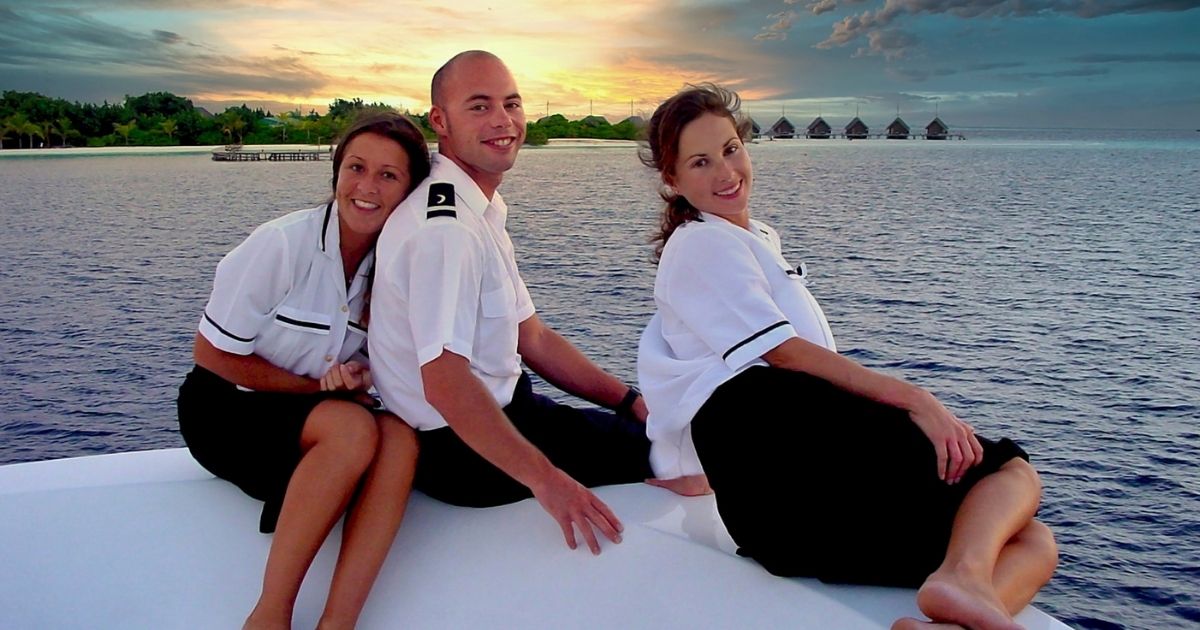 Crew retention can also be worse on charters, despite the incentive of substantial gratuities. “Burnout is rife, particularly on yachts which operate double seasons in the Med then the Caribbean or elsewhere,” adds Lynne.

“When people are exhausted and lacking in sleep, their tolerance levels drop, they start missing family and friends more and disengagement and friction sets in, aside from physical and emotional breakdowns.”

Peter agrees, adding: “On charter, there’s a lot of energy needing to be pumped out so you need creative, bubbly personalities who are willing to go for it and not think about ‘me’ time.”

“There are times when it can feel boring, just maintaining the vessel for an owner who may or may not get on for a boss trip,’ admits Sara. ‘Although there is still plenty to do, it doesn’t have the same sense of purpose and energy when you are going nowhere and serving no-one. Boredom and lack of enthusiasm can kick in.”

There’s no doubt that often, a charter will be a more stressful environment, especially for younger crew members. “The culture on a charter yacht is intense”, adds LH’s Emily Coates, a former first officer. “Tasks are done faster, stress levels are higher, crew celebrations after the charter are louder and the lows are lower. The work is focused around shorter deadlines and trying to achieve the wow factor to receive the best gratuity possible.

“There is less need to wow on a private yacht because the owner has seen it all before – and likes it - so there is less deviating from the script. The culture on the whole is calm and stable because there are more rest days and more time between trips.”

Lynne concurs, adding that private yachts often retain their team long term as they remain in port for long periods, making them an ideal choice for older crew for whom home life is as important as their yachting career.

“Privately owned yachts generally provide a more measured working environment unless the owner is an avid, perpetual entertainer of guests,’ says Lynne. ‘Crew can familiarise themselves with the owner’s needs and preferences but the fact remains that most owners, whether they charter their yacht or not, prefer to see the same faces when they spend time aboard.”

Talitha G Captain Giles Sangster has noticed increasing crew traffic between charter and private vessels, adding: ‘There is this myth that charter is busier and full of hidden riches whereas private is slower paced and lower paid but it depends entirely on the yacht.

“Charter is more intense and unknown. There is a steep learning curve in the first few days. If everything goes to plan, that will likely continue but when it doesn’t, it’s very difficult to pull ahead. You have to get creative and try new tactics.

“On a private/repeat charter trip, you know your client and you’re well prepared in terms of what to give and what to expect regarding routine, mealtimes and family preferences. However, an owner trip can be far busier than any charter trip based on the owner knowing what the yacht and crew are capable of.”

Sara can see why the charter/private myths have taken root. “I sometimes wonder if those for whom a more temporary style of employment, which creates more wealth but ‘is not forever,’ prefer charter while career yachties looking for security might prefer private,” she ponders. “I know many friends who love working on private yachts so it really depends on what you want from the job.”

With that in mind, Crew-Glue’s approach to team building and development combined with LH’s 360 training approach - which uses personality profiling to improve self-knowledge and self-awareness – exists to help crew understand their strengths and their purpose so they are better equipped to make the right job choice and be happy.

Lynne confirms: “Quite simply, it gives all crew the tools to rise to – and overcome – the challenges of even the most exacting situations.”