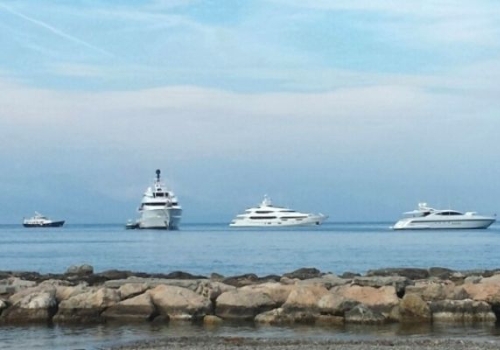 Crew culture is created by people regardless of the size of a yacht but it can vary immensely between small and large vessels. What’s not in doubt, however, is the importance of teamwork for it is this foundation upon which the happiness and satisfaction levels on board depend.

Team building is a specialty at Crew-Glue, and founder Sara Ballinger believes that a strongly bonded and cohesive crew is a vital building block for an enduring and successful onboard culture.

“Self-awareness, respect, trust and the ability to flex to meet the cultural, thought and communication preferences of others is hugely important,” says Sara. “The same applies to small and large yachts but you concentrate on the whole crew on a smaller yacht instead of your own team and those you work closely with on larger yachts.”

Certain working styles are inevitably ingrained on particular boats and, where smaller yachts are concerned, it helps to have a tight knit team which is able to interchange roles quickly. “My experiences suggest that smaller yachts have a more inclusive working style and seem to have a closer, more familial culture,” adds Sara.

“They all tend to muck in to get things done and will also work cross department when there’s a shortage for any reason. On larger yachts, it feels more siloed by necessity and there is a stronger emphasis on hierarchy and teams within teams. Each yacht, irrespective of size, has its own micro culture and they are as different as each personality.”

So what are the key focuses for building a solid crew culture on board? Peter Vogel, former fleet hospitality and event manager, cites a healthy outlook, drive, ambition and consideration for others as the most vital components. “Culture isn’t built overnight but it can be ruined overnight,” says the CEO of Luxury Hospitality.

“You need clear leadership with vision to inspire a healthy culture and the top team has to live it for it to then trickle down through the ranks. It doesn’t come from a crew manual!”

Peter believes that crew can pick up invaluable traits and values from working across smaller and larger yachts over the course of their career. “Working on smaller vessels means wearing different hats – you have to be flexible about doing more than one job. A stewardess might also be a beautician and hairdresser while the deckhand could be working as a water sports instructor.

“There’s greater scope for crew to tick a lot of boxes on a smaller boat. Larger boats have bigger teams so the crew has more flexibility to step away from all that and stay focused on being specialists – mixologists, sommeliers and baristas spring to mind.”

Crew politics is an area which differs dramatically according to the vessel you are on, with tricky personalities or fallouts often magnified in intensity on smaller yachts.

“If there is a rift between crew members on a small yacht, that can be felt by all on board and can adversely affect you even if you are not directly involved,” adds Emily Coates, former first officer at Luxury Hospitality. 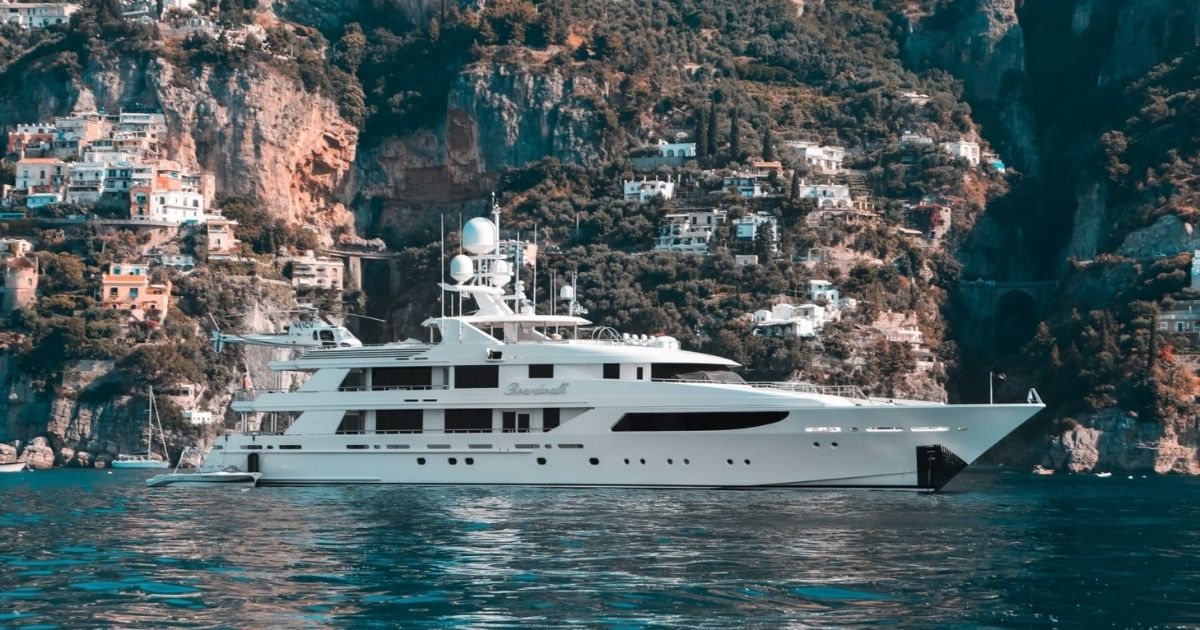 “Crew morale is down, gossip can whirl viciously, blame is thrown around, motivation is lowered and bad decisions and mistakes can happen. The sheer number of crew on a larger yacht means you can be less affected by a difficult situation and often it can be dealt with before you even know there’s a problem.”

Captain Giles Sangster, who leads the 80m Talitha G, points out that larger yachts are not immune to the influence of rogue crew members either. “Large crews can be influenced greatly by just one negative member, which can be catastrophic. As a captain, you have to get to know each and every one of your team, recognise who they are and where they fit in.

“Find someone’s best attributes and utilise them correctly to get the best value and personality out of each crew member. Keep everyone positive and motivated because when crew get bored or lose their motivation, relationships can suffer.”

He believes that even small yachts can have highly diverse cultures; it’s not a simple case of one culture for large yachts and another for smaller vessels. “A three person crew could be a husband, wife and one deckhand,” says Giles.

Peter Vogel, who ran Paul Allen’s fleet of superyachts, agrees that the bigger the team, the more likely there are to be personality clashes and advises a firm and honest leadership style from the top. “Big boats equal more people, more drama and more politics,” he admits. “Captains and first officers need to be very clear among all team members, be open to feedback and willing to listen.

“Set a goal for the season and agree on your purpose, even if it’s getting through a refit in the shipyard. Be very engaged and if there’s an issue, don’t interfere. Speak instead to the leader or HOD, coach or mentor them but do not undermine their authority because that ruins culture.” 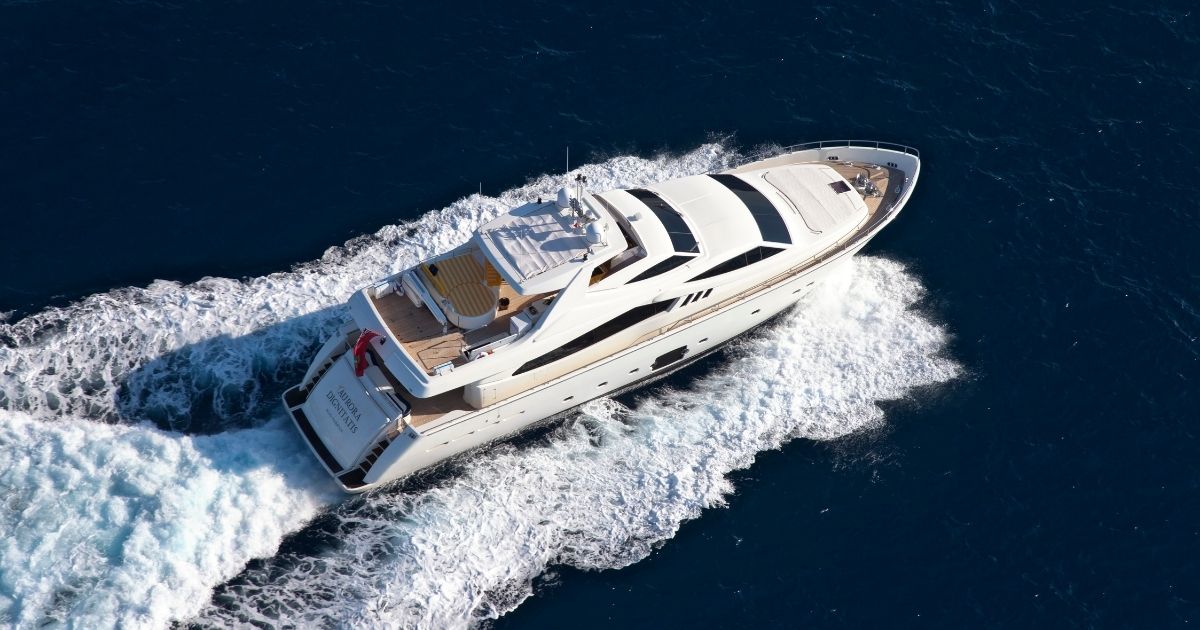 The crew dynamic tends to be more fractured on a larger yacht simply by dint of the number of crew living on board. “A 100m plus yacht might have up to 70 crew, some of whom are rotational, so it loses the ‘familial’ atmosphere enjoyed on smaller yachts of 60m or less, which might have 12-15 crew,” explains former interior manager Lynne Edwards.

“There is often higher turnover in the lower ranks on 80m yachts where everything is more impersonal. The departments also operate separately from each other whereas on smaller yachts, there’s more likely to be an overlap in duties; interior will help out on deck when coming in and out of port, deckhands might wash up on busy charters if they are off in the evening; generally, the smaller the yacht, the more overlap there will be.”

Moving between the two is common and necessary in order to find the best fit, according to Sara. “Moving from large to small, you can feel more visible and have even less privacy because there is some anonymity in larger groups. Conversely, a smaller yacht can offer crew the sense of closeness and family that some will prefer.

“We use LH Dynamics to help people understand themselves and each other better, highlight strategies for improved communication and also set out agreements with the crew on how they will live and work together. We ran a Crew-Glue session on a yacht with a smallish crew of under 30 where, although they worked well together, there were cliques; western crew on one side and eastern crew on the other, each ignoring the other group.

“A few hours in, there was a massive shift and we had them working in groups and discovering their commonality across country, culture and language. It was magical to watch. They have since reported back that they have maintained all bar two of their crew, which is a win!”

While it’s not necessary – or realistic – to buddy up with every crew member, Donna Murray, Global Recruitment Manager at Hill Robinson, believes clicking with a few other like minded souls can make all the difference to the inherent crew culture on board.

“You don’t have to click with everybody but how you get along, how you socialise and work together is integral to what happens and makes a huge difference to the onboard crew culture.”