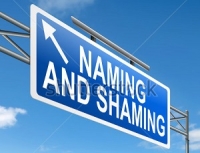 It's a well known adage that you don't bite the hand that feeds.

So why then did The Superyacht Report, one of the industry's most established and reputable titles, publish a report naming and shaming the best and worst yacht agents in the business?

Ever since the article was published at the beginning of May, there has been much discussion behind closed doors, the majority believing it was a grave error of judgment. It’s not the first time The Superyacht Report has tackled a big issue head on, but it’s the first time it has caused such a stink. What made agents so angry was not the survey itself, but the way the findings were reported.

Described as a ‘peer review’ section in May’s edition of the magazine, a number of captains were asked to complete a short survey rating their experiences with yacht agents for an article entitled ‘Professional Service With A Smile'.

Read the rest of the article in our Features section here.