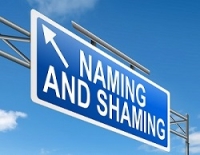 It's a well known adage that you don't bite the hand that feeds.

So why then did The Superyacht Report, one of the industry's most established and reputable titles, publish a report naming and shaming the best and worst yacht agents in the business?

Ever since the article was published at the beginning of May, there has been much discussion behind closed doors, the majority believing it was a grave error of judgment. It’s not the first time The Superyacht Report has tackled a big issue head on, but it’s the first time it has caused such a stink. What made agents so angry was not the survey itself, but the way the findings were reported.

Described as a ‘peer review’ section in May’s edition of the magazine, a number of captains were asked to complete a short survey rating their experiences with yacht agents for an article entitled ‘Professional Service With A Smile'.

The total number of captains polled is unclear, but 38 agents were named in the 'best' list. Meanwhile 40 of the captains who responded to the survey named 15 agents they deemed to be the 'worst'. Only six of these were identified in print because, 'we have only printed the names of the agents that were referred to on more than one occasion to rule out the possibility of isolated incidents squewing (sic) the data', explains The Superyacht Report. Three of these - Asia/Pacific Superyachts*, BWA Croatia and Pesto, Italy, also feature in the ‘best’ list, which is confusing, but partly a consequence of the small survey sample. The criteria for being described as the worst agents centred on attitude, familiarity with the yachting industry, value for money and transparency in fees and commissions. ‘Negative feedback regarding the agent’s attitude were (sic) repeatedly rude and arrogant behaviour, with some captains complaining of agents being ‘full of self importance,’ according to the report.

OnboardOnline witnessed first-hand the furious reactions when the edition hit the ground at the MYBA Charter Show in Genoa. We spoke to Luigi Viale, manager of Pesto Imperia, Loano and San Remo, who said: ‘I am disappointed with this feature. It’s not constructive. I prefer to show my work through feedback. It’s not good that we are in the worst list but we are also in the best list which makes it all a little bit ridiculous.

‘It’s not really clear how many people were interviewed for this feature. It would be more interesting to hear what they are expecting from us as an agent and for them to give us a serious report with figures and statistics and what defective points came across. We don’t mind a bit of constructive criticism but there is nothing to learn from this.’

Meanwhile, in a strongly worded open letter to The Superyacht Group on May 13th, four of the six shamed agents - Asia Pacific Superyachts, A1 Yacht Consortium, BWA Yachting and JLT - wrote: ‘We were very surprised that a publication which prides itself on providing truth and expert analysis would produce, let alone publish, something so obviously flawed and lacking in scrutiny.

‘With one good experience, you are named ‘the best’, and with two less pleasant ones, the agent is boxed as ‘the worst.’ It is quite evident that larger agents with hundreds of annual clients are likely to find themselves boxed in the lesser category (and vice versa) simply because the survey conveniently disregards the concept of average customer satisfaction.

‘This naïve methodology is underlined by several bittersweet facts: the long list of ‘best agents’ includes mostly unknown shipping agents (and) at least one of the supposed ‘best’ yacht agents is under indictment. We asked our colleagues in the industry if they had been offered the opportunity to comment: None had.’

While researching this article, OnboardOnline contacted Martin Redmayne, Chairman and Editor in Chief of Superyacht Group, for his opinion on the reaction and, although he didn’t comment on the survey directly, he described a landscape that many will recognize. ‘It is fair to say that the many media channels that exist in yachting are essentially toothless and serve the market as PR machines, with journalism and opinion being secondary, they tell everyone that we are perfect as an industry and nothing is wrong, yet the more intelligent people in the industry know that this is not the case…therefore we know that we have a responsibility to remain focused on highlighting and commentating on the good, the bad and the ugly of the market.’

Defending the article, Redmayne was keen to point out that: ‘Even the agents that have been highlighted in the report will admit that there is always room for improvement and when you read the full report it does balance the argument and provide guidance as to how agents need to change their approach or improve their service according to a good cross section of captains.’

In light of all the reaction, he confirms: ‘We have been in touch with the agents and will be conducting a more thorough investigation into the service and quality of agents throughout the world, to add more weight to the various arguments put forward.’

Nonetheless, the question we cannot ignore is this: If the survey had been larger and more robust, would the reaction to naming and shaming have been any different?

Probably not; no one wants to be named for all the wrong reasons, but it’s up to the individual publication whether or not, and how, they do this.

So what are the lessons? There are two separate points to consider. Firstly, an article backfired, because the findings reported were seen as confusing, unbalanced and unfair.

Speaking to Fabio Ermetto, CEO of Fraser Yachts, in Genoa, he took a pragmatic view. ‘It has to be objective. There is a question mark over doing a survey like this. On the other hand, we should also accept more criticism because this is not an industry that takes criticism well. If you look at other industries, they are more used to getting criticism of their products and services in a serious and correct way.

‘But you have to be careful - a company can provide a very good service to 99 out of 100 clients and the one client who has not had such good service will complain. If the other 99 don’t come out, it’s not balanced.’

The second point concerns editorial freedom within the yachting media as a whole. Whatever the intention, the reaction to the article has not been positive. However, instead of jumping on the bandwagon, this is an opportunity for us to question the type of media we actually want and to rethink the very fine line between journalism and PR.

The Editorial Director of Superyacht Group, Thea Cheney, alluded to this earlier this year in her editor’s letter entitled 'The Canons of Journalism' (issue 151 of The Superyacht Report) saying: ‘In my view, independent and critical media are fundamental to a functional and mature industry. However, the yachting media, operating within a relatively small industry, is increasingly being forced to flatter and pander to the companies that they should be watchdogging /scrutinising in order to secure advertising revenue to placate their investors/business owners. Independent journalism within the superyachting industry is becoming increasingly compromised and this is something that will inhibit growth and stifle progression.’ It's a sentiment shared by many of us working in the yachting media but, as ever, it's not what you say but how you say it. No one wants a bland and gutless media and, despite getting it so wrong this time, it would be far worse to continue down a road of hapless compliance, never daring to push the boundaries or to question the status quo.

It wasn't the best way to start the conversation, but had it been yet another story about white shiny boats it would be long forgotten by now, and we’re still talking.

*Original article available in the digital version of the May edition of
The Superyacht Report.