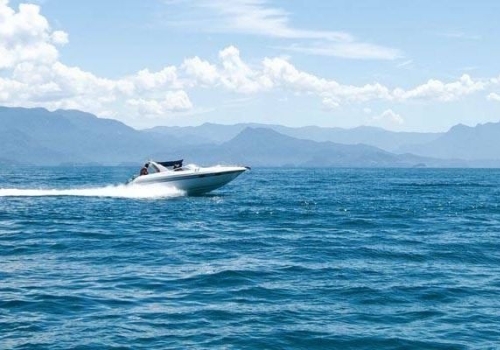 As I start to write this blog, I must admit to having a lifelong fascination with tugs. These amazingly powerful vessels can (and do) pull or push payloads many times over and above their own relatively small tonnage. The recent events in the Suez Canal with the massive Evergreen container ship blocking the entrance were proof to a watching world of just how invaluable tugboats can be in certain situations.

Another reason for my continued interest in tugs is because my father was a professional tug captain, so I spent a lot of my childhood on board with him on the River Thames, and always coming home with my clothes smelling of diesel fumes! So when I was invited to join a webinar last month about how the world of tugs is planning for a ‘new era of green marine propulsion,’ I couldn’t resist joining the session.

Having been involved in a lot of discussions at METS over the last few years about how yachting is adapting to future green energy requirements, I was also very interested to hear how such challenges and developments might compare to those of commercial tug operators and designers. After all, if you can power such a mighty workhorse with zero emission propulsion technology, then surely doing so with a yacht that only has to propel itself, should be just as achievable…in theory.

The webinar about how tugs and a ‘new era of green marine propulsion' kicked off with a concise review of the current situation by Kimmo Lheto, Chairman of the European Tug Owners Association. He ran through the available fuel options...

He thus concluded that hydrogen fuel cells held the most promise for the future, subject to further technical developments and refueling availability.

Geert Vandecappelle, CEO, of Boluda Towage an international tug operations company with their HQ in Rotterdam, said that they had learned a lot of lessons from trying various types of hybrid propulsion systems. Crew training for instance was important, as the technology was so different to conventional diesel engines. Also choosing the optimal location for the battery banks was part of the learning curve. Geert agreed, that after trialing several hybrid combinations, the best way forward is likely to be a combination of hydrogen and batteries.

Cansu Tuncer, speaking as business development manager for Navtek Naval Technologies, described how her company had been behind the world’s first zero emission all-electric harbour tug named ZEETUG, which went into service in Turkey last year, with three more under construction. The ZEETUG 30 is a relatively small and maneuverable vessel of 18.7 metres, with a service speed of 10 knots, and a bollard pull of 32 tons (the tugs that pulled the Evergreen container ship had bollard pull ratings of 220 to 240 tons.)  Her propulsion power is provided by two 1,450kW lithium-ion battery packs supplied by Corvus Energy.

A full charge for the tug can be accomplished in one hour via a dedicated quick-charging station, and compared with similarly sized diesel tugs, Navtek expects the electric vessels to save 210 tonnes of CO2 and 9 tonnes of NOX emissions in a year. Additional benefits include improved crew comfort due to very low noise and vibrations.

Looking at the commercial maritime world for clues of what might happen in recreational yachting, it’s interesting to see that the Dutch government are financially supporting the construction of the first hydrogen-powered cargo barge for navigating inland waters.

The barge named Antonie will trade between Rotterdam in the south and Groningen in the north of the country, and the project is expected to help establish a network of hydrogen refueling stations, thus leading towards more zero emission maritime developments. Commercial bunkering stations in Holland are also used regularly by the yachting community, so who knows, maybe we’ll be refueling our yachts with hydrogen in years to come?

Yanmar pressing ahead with hydrogen development

As we have mentioned in previous blogs, Yanmar, a regular exhibitor at METSTRADE and one of the most prominent leisure marine engine producers in the world, have been working to develop a zero-emission hydrogen fuel solution for recreational boats. In order to progress this based on proven technology, they have been using polymer electrolyte hydrogen fuel cells taken from the Toyota MIRAI automobile.

This technology has now been incorporated into a 12.4 metre demonstration test boat producing a power output of 250kw. She is fitted with two fuel cell modules and eight specially constructed hydrogen storage tanks with a pressure rating of 70 Mpa (700 Bar / 10,152 psi.)

The demo boat is designated the EX38A, and last month tests were carried out in Japan in line with the government’s ‘Green Growth Strategy Towards 2050 Carbon Neutrality.’ This report was published in December 2020 and highlighted several energy and power sources that could reduce the carbon footprint of maritime activities.

Coming back to the Netherlands, we already have some of most ambitious yards here when it comes to building superyachts with genuinely green credentials. This has been admirably supported by the Amsterdam based Water Revolution Foundation. Their enthusiastic team, headed up by Feadship’s CEO Henk de Vries, has been busy developing sustainability measurement tools and organising training programmes designed to benefit the entire industry with fact-based reference materials.

One of the ‘Anchor Partners’ of WRF is Rotterdam based Oceanco who built the iconic 3 masted sailing yacht Black Pearl. At 107 metres, (351ft) with her 70-metre-high computer controlled Dynarig masts, she can reportedly manage long range zero emission operation by utilising hydro regeneration via her propeller rotation under sail, together with a smart energy management system and flexible solar panels built into her sails.

Oceanco have recently announced an adventurous collaboration on a new build motor yacht project named ‘Kairos,’ where they will be working with design house Pininfarina and Lateral Naval Architects.  Pininfarina are renowned for their chic Italian styling flare, notable on iconic vehicles such as Ferrari and Maserati. And Lateral have completed many groundbreaking creative projects, including the aforementioned Black Pearl.

Kairos will be the first yacht in the generation of what Oceanco have termed the NXT Concept, which they say will be their mission for “propelling superyachts into a sustainable future.”

Looking at the renderings of the yacht, she certainly has a uniquely futuristic profile, and according to Oceanco’s preliminary information, she will be designed with a totally new concept of space utilisation on board, combined with an E-Hybrid propulsion system utilising batteries as the main energy source.

So, with all this development going full ahead, and we are only a few months into the new year, I’m sure we can expect to hear a lot more about zero emission propulsion at the upcoming METSTRADE.

As I said, ‘watch this space!’