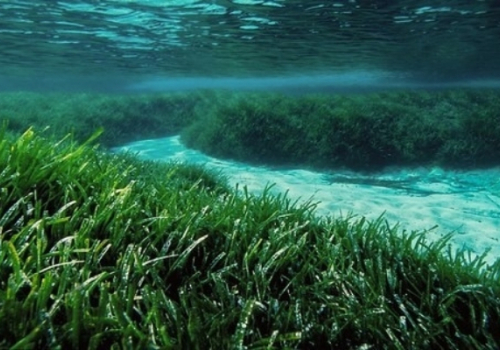 Marine and environmental authorities in the French Alpes-Maritimes on the Cote d’Azur have introduced new laws that restrict anchorage areas in the region for yachts over 20m (66ft) in an action to protect seagrass.

Seagrass, which is also called Posidonia, has been a protected species since 1988 and within the Mediterranean’s biodiversity, it is seen as one of the most challenged plants.

In respect of yachts the main threat to the seagrass is anchors which it is reported every year destroy a large number of hectares worth of the plant. Seagrass, often mistaken for algae, plays a major role in the Med’s marine ecosystem as it forms larges meadow-like herbariums. These provide important sites for fish to live and eat and seagrass is also used by biodiversity for eggs to be laid serving as a sort of marine nursery. Additionally, seagrass has filtering properties which contribute to purifying water and it also helps reduce sea swell so reducing beach erosion.

The new law restricting the anchorages has been brought in by Laurent Isnard, the Maritime Prefect of the Mediterranean, and it is part of a new decrees applying to the anchorages. The decree details the restricted areas where craft over 20m are no longer allowed to anchor. These areas will be highlighted on the SHOM map which is a chart that every yacht must have onboard.

Also, at the end of last month, an app identifying anchorage areas was launched by a group of marine biologists in an effort to protect seagrass herbariums. In a press statement it said: “Throughout the autumn, a dozen or so similar decrees will be signed by the Maritime Prefect.”