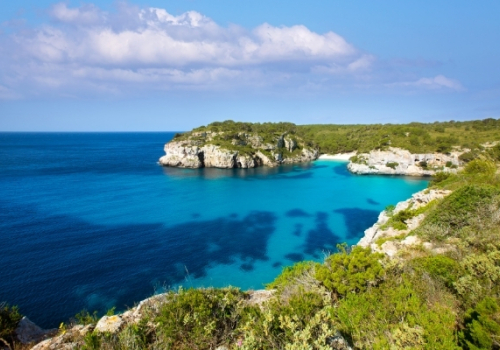 Following the launch of Sunseeker International and The Blue Marine Foundation’s (BLUE) pioneering marine environment programme, ‘Project Menorca’ in 2018, the global luxury boat builder has shared numerous positive outcomes to-date. The programme is an excellent example of a community, eco-marine charity and a company coming together to achieve shared goals, and will be used as a blue-print of best practice globally.

Running for just over two years, the Project Menorca programme has seen a number of activities delivered, including the implementation of a widespread education programme, a reduction in single-use plastics by local fishmongers, 143 beach cleans undertaken and over 13.5 tonnes of plastic cleared from the island. It also coincides with the news that UNESCO has officially approved Menorca’s local government application to extend the boundaries of the biosphere reserve zone to also cover its surrounding marine habitats up to 12 nautical miles out to sea. This makes the island the biggest marine reserve in the Mediterranean.

Project Menorca was devised by BLUE and Sunseeker, with additional support from the Menorca Preservation Fund (MEPF), to help create a tangible difference in protecting Menorca’s marine environment. The project’s aims are to support local fishermen in creating a model of sustainable fishing, protect marine reserves by removing plastics and ‘ghost’ fishing nets, as well as distributing recyclable materials across the island. It also hopes to raise additional funds to establish a network of eco-moorings to preserve seagrass beds.

One of the key objectives of the programme was to reduce single-use plastics through offering biodegradable alternatives to local fishmongers. Reusable as well as compostable bags and paper wrapping were distributed to fresh fish outlets, with Ciutadella fish market on the island stipulating that only biodegradable materials may now be used; a requirement of having a stand in the market.

Six large ‘ghost’ fishing nets were located and removed and as part of the project there were 143 beach cleans with over 5.5 tonnes of plastic waste collected, as well as a successful schools outreach programme with a further eight tonnes of plastic collected.

The project also saw the creation of the new ‘Isla del Aire’ marine protected area (MPA) which protects 7.2 km2 of marine habitat, with an estimated 634 species of marine life, from both illegal fishing and harmful moorings on Posidonia meadows. Posidonia makes up approximately 56% of the seabed of the reserve - its 4.02km2 helping to absorb of 725 tonnes of carbon dioxide per year. This contributes to a total 14,760 tonnes of carbon dioxide absorbed by seagrass in Menorca as a whole. It was all helped by increased surveillance through successful patrolling of the coastal areas, as well as an education campaign throughout the Island.

Andrea Frabetti, CEO at Sunseeker International, commented: “We are delighted to be working with BLUE on this fantastic project; it has already made a substantial difference to Menorca’s marine environment and we’ve seen some incredible results. Now that the project is concluding successfully, we are looking forward to working with the charity going forward in order to back its continuing efforts of protecting our oceans and seas globally. My heart-felt thanks go to everyone that continues to support us including our staff, dealers and clients.”

More information and a link to donate can be found here.

As first published by British Marine.