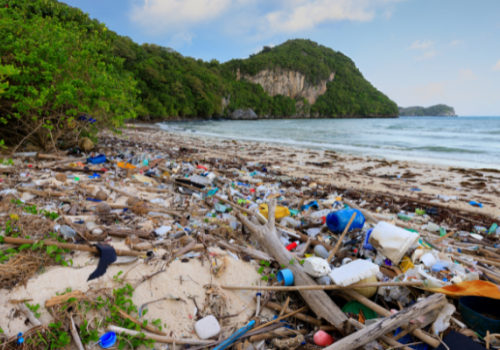 OpenOceans Global has announced the launch of an online application allowing citizen scientists to map coastlines around the world that are pervasively fouled by plastic. The goal is to visualise where marine plastic ends up, identify the source, and match the best solutions to stop the flow of plastic to the ocean.

“Public perception is that most ocean plastic gathers in five gyres in the Pacific, Atlantic, and Indian oceans,” said Carl Nettleton, OpenOceans Global founder. “The surprising truth is that approximately two thirds of ocean plastic is on the world’s coastlines. Furthermore, leading studies report most ocean plastic reaches the sea via rivers. Once pervasively-fouled coastlines are mapped, the scope of the problem can be visualized, the source of the plastic can be determined, and solutions can be implemented.”

To find and map fouled coastlines, the organization is using geographic information system (GIS) mapping software and other technologies provided by Esri. Esri’s mission is to “pioneer problem-solving with GIS to help you see what others can’t.” OpenOceans Global is unveiling its ocean plastic trash map, as well as an app for citizen scientists to map plastic-fouled beaches in conjunction with Esri’s annual conference in San Diego from July 11-15, 2022, at the San Diego Convention Center.

“People view the ocean plastic crisis through the lenses of their own coastlines, and can’t see how the crisis is affecting coastlines around the world unless they visit them,” Nettleton said. “We used Esri technology to build the ocean plastic trash map, allowing decision-makers and the public to visualize the true extent of the problem.”

OpenOceans Global’s online app allows users to mark the location of a plastic-fouled beach, upload an image, and provide additional information about that section of coastline. If known, users can provide the source of plastic and what is being done to mitigate the problem. The app was developed using Survey123, another Esri technology, and can be used on a computer or a mobile device.

“If we want to solve the global ocean plastic crisis, we have to address the point of contamination,” Nettleton said. “According to one reputable study, as much as 84% of ocean plastic originates from nine countries in Asia and Brazil. Another study estimates more than 70% comes from 7 countries in Asia, Brazil, Turkey, and Nigeria.” Focusing on those countries could have a tremendous impact in reducing the amount of plastic reaching the ocean.”

The U.S. and other developed nations bear responsibility for the global ocean plastic crisis.

Citizens in developed countries unknowingly contribute to the ocean plastic crisis because of these two factors and because the plastic-importing countries are often unable to stop the leakage of plastic into the ocean.

Current efforts to stop marine plastic are focused on two strategies. First, there are upstream solutions, which is a reduction in the amount of plastic produced along with a reduction in consumer use of plastic, particularly single-use plastic. The second strategy involves downstream solutions, which include recycling, reusing plastic, and developing a circular plastic economy. A global effort headed by the United Nations Environment Programme also seeks to develop an international plastic treaty within the next two years.

All these efforts are important, Nettleton said. But he pointed out that The Pew Charitable Trusts estimates that 11 million metric tons of plastic reached the ocean in 2020 and by 2040 will nearly triple. Current strategies to stop the flows will likely take decades to implement, depend on large amounts of financing, and require global cooperation. Immediate action is needed to reduce the flows now.

“Stopping plastic from reaching the ocean via the rivers in the top ten countries is an important interim way to slow the flows of plastic into the ocean while the important upstream and downstream measures are put into place,” Nettleton said.

Plastic harms marine life, despoils beautiful shorelines and beaches, and ultimately becomes part of the marine ecosystem as the plastic breaks down into smaller pieces. Microplastic ingested by fish and other marine life can even make its way into our bodies.

“This is no simple task, but once people around the world working on the ocean plastic crisis can visualize the true extent of their common problem, we believe everyone from researchers and advocates, to corporate leaders and government policymakers can be more effectively united to focus on solving that problem,” he concluded.