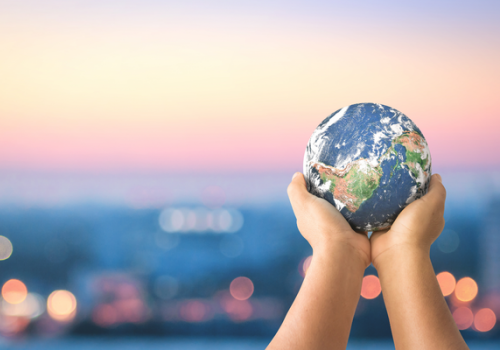 OnboardOnline’s recent review of the Monaco Yacht Show highlighted how sustainable initiatives in the superyacht industry were presented during a dedicated conference on the subject. For instance, Robert van Tol, representing the Water Revolution Foundation, stressed the importance of full Life Cycle Assessment as an essential tool. Robert pointed out how this enables designers, yacht builders and supply chain partners to improve the environmental footprint of the whole superyacht sector.

The concept of Life Cycle Assessment (LCA) has become a central theme of most discussions around the subject of sustainability these days, and this applies just as much to the leisure marine world as it does to the various other sectors such as industrial manufacturing, domestic appliances or automotive.

One critical element of a complete Life Cycle Assessment program is to identify the end-of-life environmental consequences of all materials used in the manufacturing of a product. As an example, a fully circular hull construction composite that can be separated, recycled and reused again for its original purpose would have the highest rating in the LCA computation.

How does an LCA work?

As the term ‘Life Cycle’ suggests, an effective LCA should cover every aspect of a product’s entire existence on the planet including all its component parts. The process is defined as ‘a method for quantifying the environmental impact of a product, service, or system across the whole lifecycle’.

To be more specific, this requires the gathering of accurate analytical data on the raw material extraction, manufacturing process, transport /distribution, consequences of usage, disposal and recycling of a product. There are three lifecycle models which are described as, ‘cradle to gate’, ‘cradle to grave’ or ‘cradle to cradle.’ A fully quantified ‘cradle to cradle’ outcome is one that should conform to the objectives of the Circular Economy.

As you can imagine, the data input, interpretation, and implementation of an LCA can be quite a complex process, so I will explain here the key elements taken from the international standard ISO14044, which specifies a four-stage framework for the workflow.

1) Establish goals and scope: What do we want to measure? Which product or service? Which parts of the life cycle? Which environmental impact categories?

2) Life cycle inventory: This involves collecting and structuring the data, deciding what data is needed, and harvesting all inputs and processes that need measuring. For example: raw materials/component parts, energy consumption and supplier data from input and through processes to outputs and waste.

4) Interpretation: What does it all mean? How high are the emissions? How does the product compare? Can it be made more environmentally friendly? Where are the ‘hot spot’ variables that could ultimately reduce the impact of the product?

Note: With so many variables in play you cannot simply compare one LCA to another. You must also compare the goal and scope of each analysis. As such, the word ‘framework’ is important here, as there is no single method for conducting an LCA. 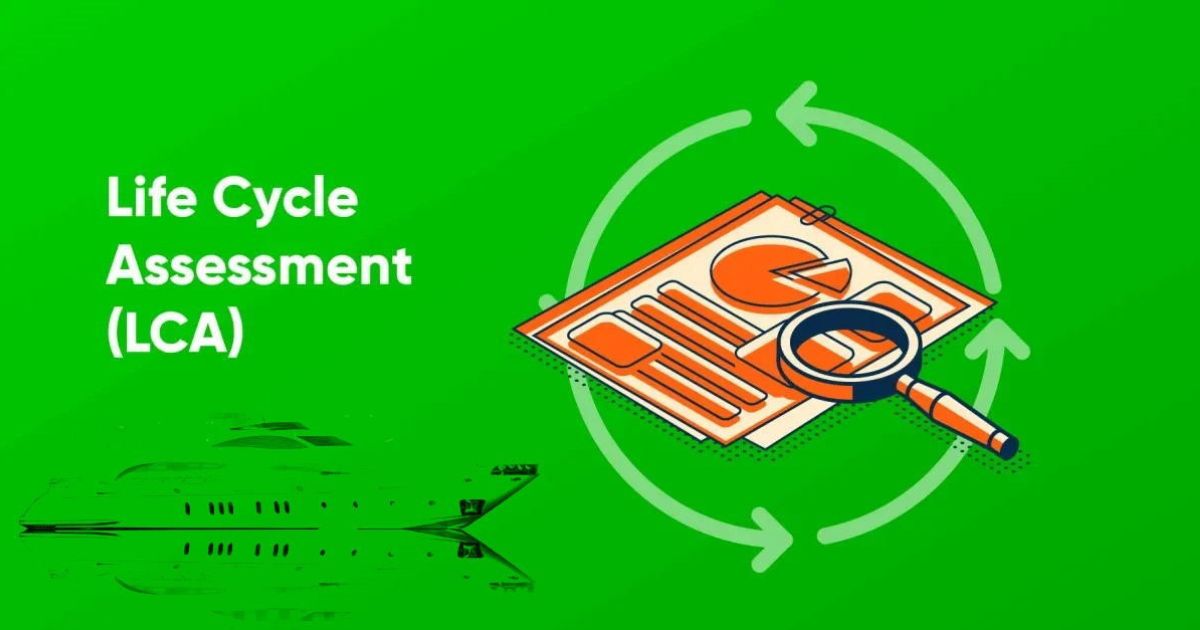 What are the LCA benefits?

Apart from contributing directly to a more sustainable planet, the benefits should also apply right across the economic business spectrum of any product or service provider. For instance, supporting management with making sustainable decisions, assisting product development with creating more sustainable goods, giving sales & marketing evidential proof of sustainable claims, and improving sustainability credentials of components in the supply chain.

How long has LCA been around?

Considering the relatively short time it has been developing within the leisure marine industry, it is surprising to note that the first LCA studies, albeit not as fully comprehensive as the present ones, actually date back to late 60s and early 70s. I was even more surprised to discover that Coca Cola is reported to be the first adopter of an LCA. Back in 1969, the year the USA put a man on the moon, Coca Cola carried out what was then described as a Resource and Environmental Profile Analysis (REPA). In this study, Coca Cola quantified the raw materials and fuels used, as well as the environmental impact of the manufacturing processes to compare the releases into the atmosphere of the various beverage container types. How sadly ironical it is, that over half a century later, Coca Cola is consistently declared as the world’s largest single use plastic polluter.

That said, the world of technology and the focus on environmental sustainability has moved on considerably since the moon landing, and LCA has gone through several stages to become a much more widely used and regulated standard of measurement. In the early 80s, the US Environmental Protection Agency (EPA) published its LCA101, the first official publicly available document to support the methodology. Later that decade, some companies started using environmental footprint claims in their marketing messages, causing some consternation amongst consumers and regulators as it was devised with very little standardisation behind it. Then in 1997, the International Standards Organisation published the standard ISO 14000. This defined the correct process of a Life Cycle Assessment and has gone through several updates along the way. Now ISO 14044 is the current standard having been reviewed and confirmed earlier this year. Its full title is: Environmental management — Life cycle assessment — Requirements and guidelines.

‘MarineShift 360’: a specifically targeted LCA for the leisure marine industry

As already mentioned, no two LCAs are likely to be identical, and it obviously makes sense to make them industry specific if possible. The leisure marine industry has its own set of parameters with materials such as composites, sailcloths, adhesives and coatings often being specifically designed and produced to withstand the rigours of oceanic exposure.

Back in 2017, Sir Ben Ainslie had expressed a personal emphasis on the virtues of sustainability in the competitive sailing world during the buildup to the British challenge for the 35th America’s Cup. 11th Hour Racing were a collaborative partner in the project, and they took up the challenge by starting the development of the MarineShift 360 LCA tool. Their objective was to use the America’s Cup campaign as a platform to drive positive, implementable, and sustainable changes towards design and manufacturing in the marine industry.

Since then, the data gathering and working construction of the tool has been supported along the way by some key marine industry collaborators such as Groupe Beneteau, Princess Yachts, North Sails, Greenboats and Williams Tenders. Meanwhile the 11th Hour Racing team have been applying the LCA principle to their new IMOCA 60 racing sailboat, the first of a new era designed to compete in fully crewed, short-handed, and solo offshore races.

As a result of the analytical life cycle approach, they have incorporated alternative recyclable composite materials such as flax into the construction, as well as fully engaging with the supply chain to source components with improved sustainability credentials. This has led to the IMOCA class now running LCA studies on all new boats, and a plan to introduce future class rules that improve the environmental impact, by making implementation of LCA compulsory. 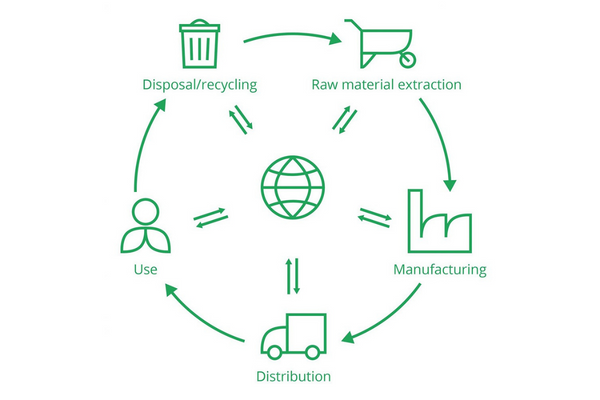 As of August this year, the MarineShift 360 LCA tool has been fully launched as an open-source working program that can be accessed by the whole industry, after going through Prototype, Alpha and Beta development phases since 2019. The base methodology follows the same framework as the ISO 14044 detailed above, and the customised software incorporates a comprehensive inventory of data points covering items such as energy usage, consumables, upstream transport, material waste etc. The database inventory is being constantly added to with input from marine industry sources and is designed to save users the time-consuming process of modelling an LCA process from scratch.

During the development phase 11th Hour negotiated a formal partnership with Anthesis, a well-established global sustainability consultancy who accepted the role of adding their expertise to the project, and to work towards fully commercialising the LCA tool. Now anyone can sign up for a free evaluation license, enabling them to carry out a single assessment project, and to discover how the system can benefit their business by producing a more sustainable product or service.

MarineShift 360 operates as a not-for-profit enterprise and is therefore measured on the positive impacts it delivers to the industry. This means that an annual license enabling full access for an unlimited number of assessments and projects can be purchased for just a few thousand euros.  And, in a recent recognition of their contribution to sustainability in the leisure marine industry, the LCA Tool has been short-listed for the prestigious DAME awards at METSTRADE in the 'Marine Electronics & Marine Related Software’ category.

‘If you can’t measure it, you can’t improve it,’ is probably the most relevant saying in the business world when it comes to describing the importance of Life Cycle Assessment. Quite simply, if you can’t measure something and define the measurable goals to establish the desired outcome, then you can’t possibly make it better.

As already mentioned, 11th Hour Racing are constantly working on a sustainability improvement program for the IMOCA 60 racing sailboat series, and their future planning is based on the measurement data which has already been established in the LCA study carried out last year. Some of these statistics are quite revealing, and clearly demonstrate the scale of the challenge which all boat builders are facing in the quest to lower their environmental footprint in the coming years.

Some measured data examples include:

In another study carried out by Williams Tenders on its Turbojet 325 model, it was established that 51 per cent of the lifetime environmental impact comes from the ‘use’ phase, due to fuel being burnt by the 90hp engine. 48 per cent comes from the production of the tender, with more than half of that from the fibreglass mouldings and aluminium jet pump.

So, the ‘hotspot’ areas have been identified and suitable reduction pathways are being fully explored. These include alternative propulsion systems, natural fibre composites (Hemp, Flax Basalt), and 50 – 100 per cent recycled content in all metal parts. And in the superyacht world there is also a move towards natural fibre composites with better circular end-of-life outcomes than glassfibre. For example, Amer Yachts in Italy, who build composite vessels up to 35m, are well advanced with evaluating ‘Filava,’ an enriched basalt mineral fibre which comes from volcanic rock. By combining this with a French produced thermoplastic bio-resin called Elium, they expect to be able to eventually replace fibreglass with a construction material that can be fully recycled and reused at end-of-life.

A similar eco-composite breakthrough was introduced by Baltic Yachts who started using Flax fibre a few years ago for the interior panel work on the well-known Reichel Pugh-designed 39m Baltic 130 SY My Song. Flax is a naturally grown and commonly available plant-based material, and the yard have since extended the use of it in 50 per cent of the structural mouldings in their Baltic 68 Café Race. She’s not quite a superyacht at 20 metres, but still a futuristic high-performance contender at the larger end of the market. Considering that Baltic have now built several boats using Flax for both structural and aesthetic applications, they seem determined to keep pushing the boundaries of ecologically acceptable technology by taking LCA into account.

These are just a few examples, and every day I read of similar positive environmental impact changes occurring across the whole spectrum of our industry. So now with the launch of a fully accessible and affordable Life Cycle Assessment tool, let’s look forward to seeing even more marine manufacturers offering proven sustainability benefits for the environment, and for their customers.