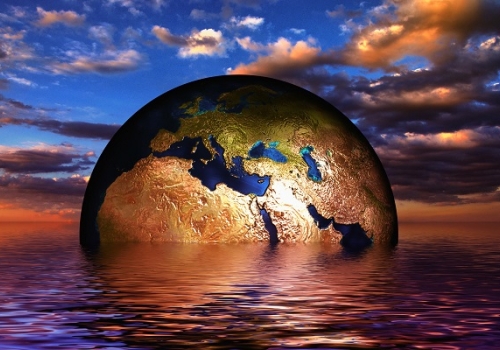 In the past five years, many yachting companies have announced well-intentioned sustainability programmes, commitments, and initiatives. These have launched with the hopes of developing effective designs and practices to minimise yachting’s impact on the world’s resources, but also to combat the perception that the industry isn’t committed to protecting the very environment that it depends on.

As the Covid-19 pandemic has affected the daily realities of the market, how many of these initiatives have continued and had a genuine impact? And is there space for newer programmes to fill in the gaps that still exist in the superyacht industry?

Although there is almost a worldwide acknowledgment that every sector must work towards reducing global emissions, unfortunately almost all sustainability plans – including that of the IMO – are not legally binding. There is also a distinction between eco-friendly initiatives (such as beach clean-ups or recycling procedures on board) and actual sustainable development to combat systemic practices that negatively impact the environment. Many would argue that the build, design and operation of yachts are driven by client needs and requests. If the client is not interested in implementing greener practices, paying more attention to sustainable methods or products, the various parties involved with these vessels have no real obligation to put them into practice.

Several initiatives have been launched to educate and encourage those in the driving seat to push forward sustainable methods and technologies. The Water Revolution Foundation was first established in 2018, and has developed an extensive three-year plan with several deliverables, including an assessment tool to look at the impact of yacht concepts, an industry-tailored ‘sustainability-in-practice-course’, and a Yacht(ing) Environmental Transparency Index (YETI). Robert van Tol, executive director for the foundation, explains that the organisation was launched at a time when the sustainable conversation was gaining momentum. “We are somewhat riding the ‘green wave’ that seems to have (finally) arrived in yachting, so the timing was right, yet we need to deliver on our promises and turn all efforts into concrete results and progress. We have received great feedback [and] we are on track with our ambitious three-year plan that we set at the start.” 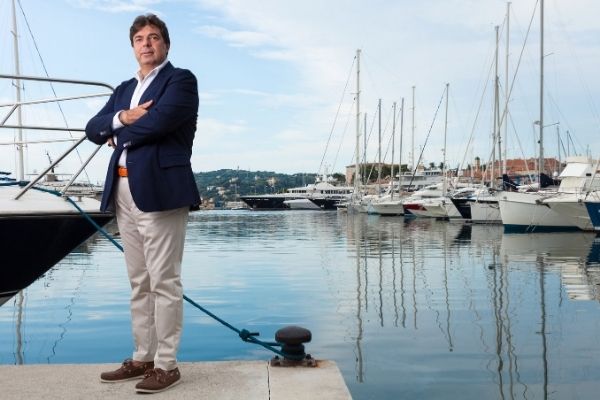 Earlier this year, another new initiative was launched that hopes to enact change. BioBlu was created to advise the yachting industry on how to lessen its impact on the environment by utilising biophilia – the bond between humans and nature, wellness design, and sustainable practices, such as using eco-friendly materials and products. “Until last year, I think most of the yachting industry could broadly be described as cautious in this sense, we saw more stylistic changes than deep, structural change,” argues Paolo L. Bonaveri, co-founder of BioBlu (pictured left).

“Our aim is to help diffuse this approach throughout the industry, speed up the entire process by offering a dedicated consultancy service, whilst also extending the focus to include interior materials.”

When it comes to tangible, sustainable changes in the market, Peter Franklin, Sustainability Partner for METSTRADE believes that the advancement of battery technologies are a promising sign. “The development of alternative energy and propulsion concepts has seen the most progress. More and more boats are being offered with hybrid or electric propulsion, solar arrays have become ever larger and more efficient." he says.

"Battery technologies developed in the automotive industry are being adopted in modern boats. 'Energy harvesting' is being seen as the way forward, where a combination of renewable power sources such as solar, wind, and hydro can be combined with developing technologies such as hydrogen, and capture of excess energy from main engines, which is not required for driving the propellor(s).”

Bonaveri agrees that the technology in the engine room has seen the most ‘green’ innovation, but primarily at the smaller end of the spectrum. “Progress has been made with propulsion systems, and the engine room in general, as well as with innovative construction materials. The caveat here though, is that yachts of a certain size have made more progress than others, for example, small day boats built for use on lakes or protected bodies of water have become a particularly dynamic segment of the market recently.”

Rather than being an inconvenience or hindrance to the realities of yacht design, build or operation, sustainability goals are an opportunity to innovate, as is rife in aviation and the automotive industries. Across all sectors huge investments are already being made towards the advancement of green technologies, but the UN reports that in order to achieve the Sustainable Development Goals it has set out, the required total investment is around $5-7 trillion.

Being a niche market, the yachting industry isn’t able to develop technologies at the volume or speed of the automotive or aviation industries, but Franklin argues that there is much to learn from the pitfalls these industries have experienced: “The huge growth in the use of lithium-ion batteries is already getting negative reactions from environmentalists, due to the damage that the mineral mining process is doing to the planet, and the poor end-of-life prospects considering their relatively short life cycle.” 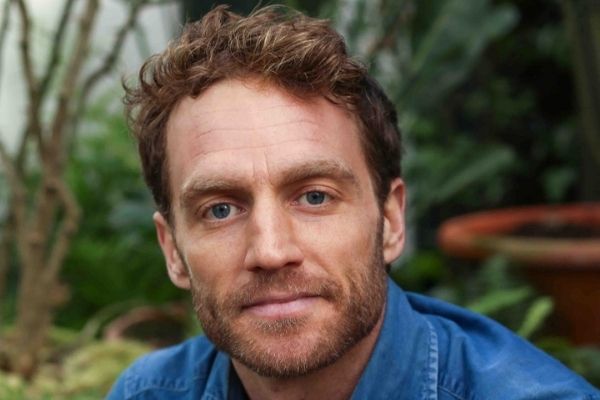 Matt Mortley, a co-founder of BioBlu (pictured left) agrees that the automotive industry is particularly worth watching for inspiration. “Bentley has steadily invested in creating a carbon-neutral factory headquarters in England, they now use 100% renewable energy generated either on-site via solar panels or purchased as certified green electricity. In parallel, they have implemented a commitment to hybrid and battery electric vehicles (BEVs) whilst experimenting with ethically sourced natural materials in their interiors.”

Bentley has made unprecedented commitments to changing its designs to become more sustainable, recently announcing a design to be launched in 2025 that will be the world’s first luxury car to be carbon-neutral over its entire lifetime.

Assessing which areas of the yachting industry need the most attention, Franklin believes that the end-of-life cycle is an aspect that is much overlooked. “The first fiberglass speed boat was made in the USA nearly 70 years ago, and millions more, large and small, have been produced from this virtually indestructible material since then.

"During these decades the boating industry has been mass-producing composite boats in large volumes, taking the profit, and failing to reinvest any of it into providing end-of-life solutions,” he asserts. This is a key area of interest for BioBlu too, with ambitions to advise builders on how to complete a yacht Life Cycle Assessment (LCA) in order to understand the full environmental impact of each vessel.

The sudden implementation of many sustainability initiatives in the yachting industry means that it can be hard to keep track of those that are the most effective. Through his work with the Water Revolution Foundation, van Tol believes that those in the superyacht industry do want to enact real change but acknowledges that the onus falls on companies and clients themselves. “The commitment is there, it is however for everyone a steep learning curve […] Ultimately we are a collaboration platform and it is up to the industry itself to ensure its future business, [the Foundation] provides the scientifically developed tools and expertise to guide towards a sustainable future business model,” he explains.

There is also much anecdotal evidence of the dissonance between initiatives and the realities of the yachting lifestyle. The good intentions and aspirations of various sustainability programmes are an excellent step forward, but the noble efforts of these organisations must be matched by clients, builders, designers, and industry stakeholders in order to establish real change and ensure a sustainable future for our industry.