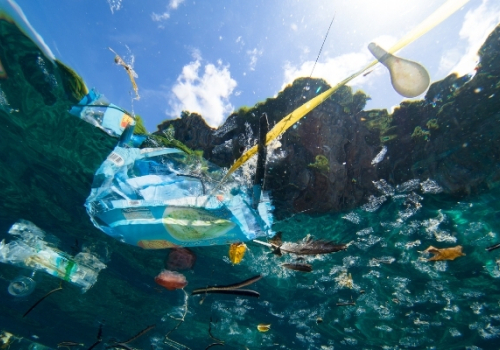 Two foundations committed to the conservation of the Balearics have announced a new joint initiative to help reduce single-use plastic pollution throughout the islands.

The Mallorca-based Save the Med Foundation and IbizaPreservation have joined forces in Plastic Free Balearics, with the slogan “Four islands, one common goal”.

The project, which is co-financed by the Beyond Plastic Med (BeMed) association, aims to create a certification standard that is largely aimed at the hospitality sector, the main generator of waste in the Balearic Islands.

Through this certification, the organisations hope to significantly increase the number of companies committed to reducing single-use plastics, as well as uniting all sectors - private, governmental and non-governmental - in the common goal of reducing the environmental impact generated by plastic pollution, which affects both the biodiversity of the islands and the health of its residents.

This joint certification mark sees two pioneering ideas from each foundation come together. In 2019, "Plastic Free Ibiza and Formentera", a movement promoted by IbizaPreservation, launched its own certification process, awarding stars to companies in the tourism and hospitality sector of the two islands, in return for taking proven steps to eliminate single-use plastics from their businesses.

For its part, Save the Med has developed "Balears Sense Plàstic" in Mallorca, designing a tool which measures plastic usage and offers comparisons and improvements to help its members become more environmentally friendly. Between the two initiatives, more than 150 companies throughout the region have already been assessed.

"These initiatives have allowed us to identify products that are being used unnecessarily and which can be replaced by reusable, local and seasonal products, thus reducing existing problems in this area,", said Bradley Robertson, President of Save the Med. "By joining forces, with all the knowledge and experience we have accumulated, we hope to achieve a more robust certification.”

The project will last 18 months, starting with a process of harmonising the existing initiative in Mallorca with that of Ibiza and Formentera. The unified certification that will result from this process will also be applied in Menorca, through Plastic Free Menorca, an initiative of the Menorca Preservation Foundation.

The new Balearic Waste Law, which focuses on the replacement of single-use plastic products, is due to come into force in March 2021. This legislation will force companies in the territory to change and modify their operations in order to follow the new regulations.

"Our two organisations are already anticipating this law, focusing on the need to evolve from the model of using disposable, single-use items for a more responsible and environmentally friendly one," said Sandra Benbeniste, director of IbizaPreservation.