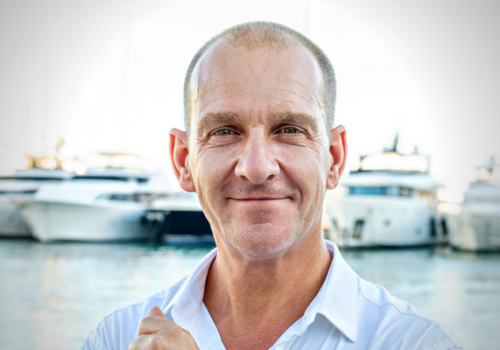 We all have a lockdown story to tell.

But while most of us will tell stories about how much we missed seeing our family and friends, or about the obscene amount of Netflix bingeing we did or the pants sizes we gained, Captain Nigel Marrison decided to change the world of yachting forever. And he plans to do just that with his new company: Blue ESG.

We caught up with Captain Marrison and chatted about sustainability in yachting and caring about people, and about a gargantuan mass of stranded assets.

Sailing around the world

Having been born in Sheffield in the UK, Captain Marrison’s family would soon move to the Isle of Man when he was six years old, where he received his first taste of leisure sailing. Then at age thirteen, he was back in the UK where he took up dinghy sailing on Rutland water.

Later, the Royal Marine cadets were a natural fit for him as he grew up, allowing him the opportunity to further grow his relationship with the water until 1995 when he grabbed an opportunity to sail around the world. “After that, I returned to the UK but found that I just couldn’t settle down. By chance, I eventually found myself on a  yacht in Nice in France,” he recalled. “It was just a matter of circumstance. I needed work and was offered a job on a yacht, and the rest is history.”

Captain Marrison has had a long and successful career on yachts ever since, but building high-performing teams quickly became a major passion. “I love building teams in which we’re all aligned and deliver the ultimate in luxury experiences for guests,” he said. “I really enjoy crew management and development. Watching new crew develop in their careers and become leaders themselves is extremely gratifying to me.”

He was adamant that having a people-centric approach to crew leadership is the secret to developing great teams. “Leadership is not easy! The most important skill is to lead with compassion and mindfulness. This extends to establishing a common culture on board that aligns with the crew’s own needs and expectations, and one that promotes a positive work environment." 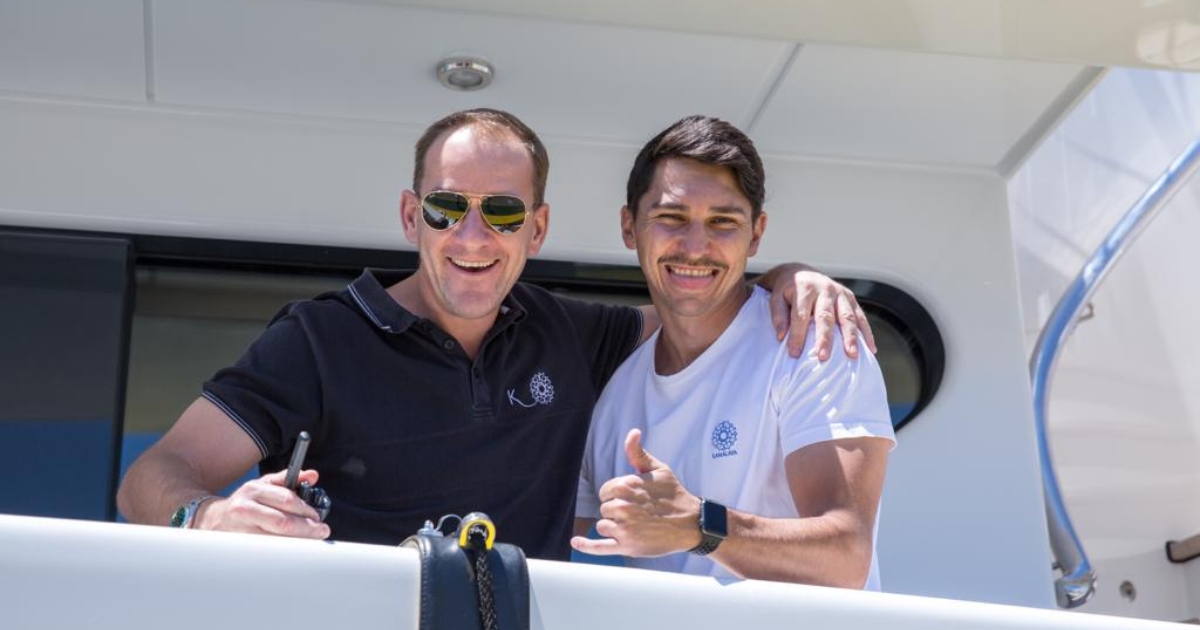 He added that compassion is an especially vital personality trait for successful leaders. “It’s so important to be compassionate and mindful when leading people. I’ve had parents working on a yacht, thousands of miles from their young children. It must be so tough, and I could give many examples as everyone has a life beyond the yacht. So being a good leader is about being compassionate towards their situations. If they’re underperforming or having a bad day, think about why that may be and offer them support.”

Lockdown & the birth of Blue ESG

An unforeseeable chain of events saw Captain Marrison ashore and without a yacht just as the lockdown began.

The time ashore provided unusual space for reflection and planning, as he recalled. “I’ve always had an entrepreneurial spirit and I felt that my experience as a leader on yachts could be put to better use, to make yachting better. I realised that I had an opportunity to impact not only the crew with whom I worked on board but also the industry in general.”

Those self-reflections soon turned to bigger issues facing the yachting industry. “I asked myself: ‘What purpose does yachting actually have? What longevity does the industry have, given its reputation as a gas-guzzling, high-polluter lacking value and purpose? And given the climate crisis, how long will it be until people are throwing rocks at superyachts? Will next-generation crew and owners really want to engage with such an activity?”

And so, he decided to establish Blue ESG. 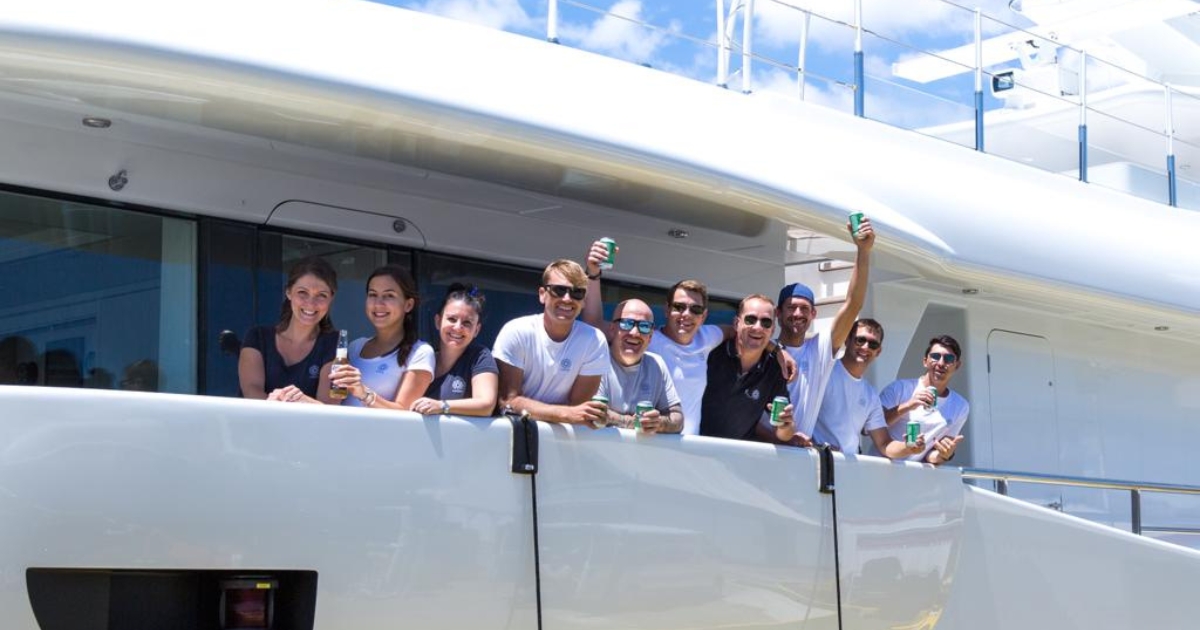 According to Captain Marrison, the sheer survival of the superyacht industry will increasingly depend on its ability to agree on, generate, measure and improve on its sustainability credentials. “The climate crisis is worsening on an annual basis, but the superyacht industry seems to be taking a ‘business-as-usual’ approach. If that attitude doesn’t shift then I don’t see any place for the survival of the industry. I envisage a gargantuan mass of stranded assets and the collapse of an entire industry.”

Captain Marrison has developed Blue ESG as a vehicle for the rollout of measurement and analytical tools that will develop and standardise operational data for the superyacht industry. This data can then be used to set sustainability targets and measure efforts to meet them - both in terms of individual yachts and the industry as a whole.”

He expects that a data-driven approach to sustainability via efficiency and optimisation metrics will appeal to owners in particular. “This approach will ultimately see owners enjoy a reduction in operational costs. Owners are business leaders; they demand efficiency and risk management. When we talk about efficiency, reducing operational costs, improving performance and mitigating current and future risks, we’re talking a commercial language that owners understand. It’s highly likely that owners already run ESG performance systems in their businesses, so why not extend it to their luxury assets? That’s what Blue ESG offers.”

But that’s not all

In line with Captain Marrison’s passion for crew welfare, Blue ESG will also offer smart, data-driven solutions to foster crew culture and improve crew welfare and mental health. “We will address the operational dynamics of a yacht to measure and report on various metrics. Ultimately, it will create a methodology to improve the yacht’s performance for people and the planet." 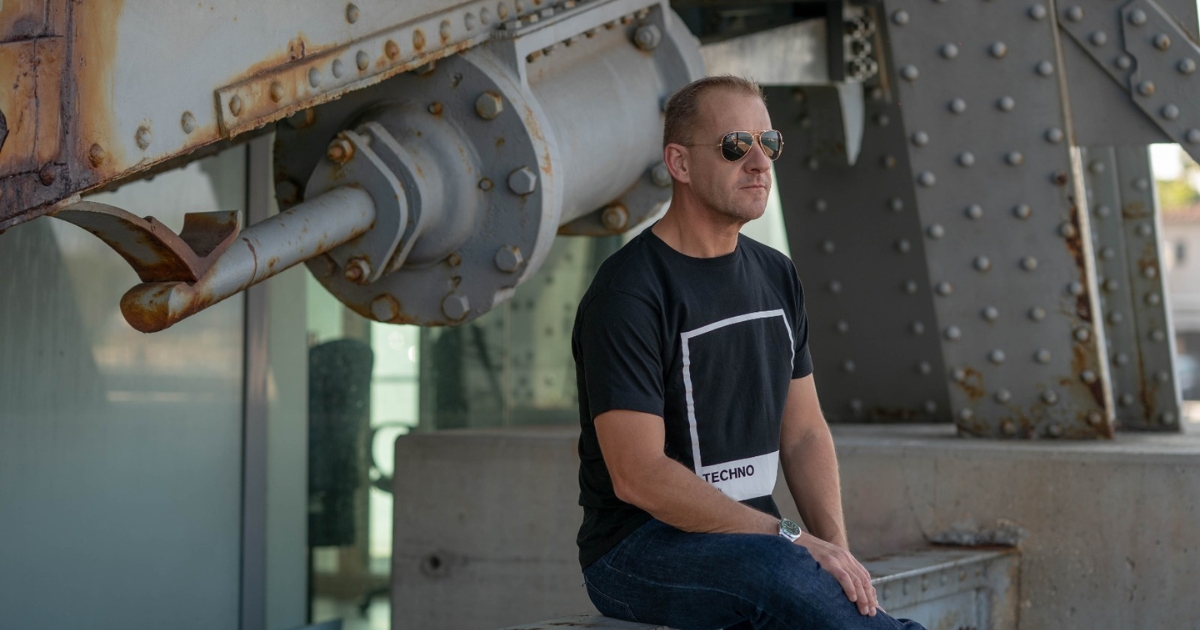 And he had a final comment to make for companies and owners: “Companies who adopt the ‘Who cares, wins’ approach will come out on top and benefit quite significantly on a number of levels. We have an opportunity to shift, but we need to shift 180 degrees and we need to do it now.”

What’s an unusual fact about you?

We love to ask our interviewees this question in closing and the answer we got from Captain Marrison was as impressive as his vision for the world: “I’m a DJ although this is quite well-known amongst those around me! I also have a strong spiritual side. I’m in tune with spiritual energy and I’m enthusiastic about meditation, breath work and meta-cognition. I’ve even lived in spiritual communes where I participated in various ceremonies!”

This article is the first of several covering Captain Marrison and Blue ESG. Check back soon for the next one.