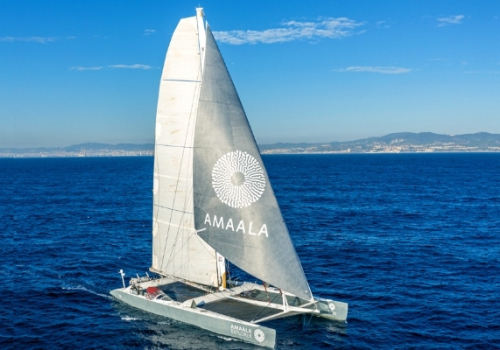 AMAALA, the ultra-luxury destination along Saudi Arabia’s north western coast, recently took to the seas with Monaco-based OceanoScientific on a two-week scientific expedition  to measure the impact of river water pollutants on human and sea life.

The expedition was undertaken with a two-fold objective to determine the nature and density of the chemical compounds that affect the marine environment. It also placed a wider focus on the impact of chemical contaminants on the ocean and human health, and validates the applicability of the expedition’s sampling method, using a cost-effective research alternative with a zero-carbon emission vessel.

Over the course of two weeks, the crew collected water samples from various points within a triangle of 1,500 nautical miles in the western Mediterranean.

These samples were handed over to the Institut Français de Recherche pour l'Exploitation de la Mer (Ifremer) by the crew and AMAALA Chief Executive Officer Nicholas Naples and Chief Sustainability Officer Brendan Jack at the last port of call in La Seyne-sur-Mer, France. The scientists at the Ifremer, who advised on the scientific aspects of the undertaking, will now quantify and analyse the concentration of metals and elements such as cadmium, lead, nickel and mercury, all of which can alter the composition of the sea and affect the marine food chain.

The expedition and the results unearthed as part of its study will inform AMAALA’s own conservation efforts. The Red Sea and the Mediterranean Sea are neighbouring seas and part of one global ocean system where changes in one, create ripples in the other. With its vibrant coral gardens and rich underwater life, the Red Sea coast at AMAALA has a thriving ecosystem that the destination aims to preserve and nurture. To this end, it has forged partnerships with global marine conservation entities, including the Prince Albert II of Monaco Foundation, the Centre Scientifique de Monaco, and the Oceanographic Institute.

Commenting on the expedition, AMAALA Chief Executive Officer Nicholas Naples, said “We are proud to sponsor the OceanoScientific Expedition – it perfectly aligns with our goal to create a luxury destination that is a global leader in sustainable tourism. Being part of expeditions and studies like this, arms us with the deeper insight and scientific knowledge required to preserve and protect our local ecosystem, especially the Red Sea coral reefs. This expedition also illustrates our vision of creating experiences that brings diverse interests and cultures together.”

Yvan Griboval, circumnavigator explorer and member of the Yacht Club de Monaco, who led the expedition said, “While almost everyone has realised that plastic pollution is an appalling scourge on the ocean, we want to show that chemical contaminants - metallic and organic - that pollute the sea and poison the phytoplankton and plankton at the start of the food chain, are found in our dinner plates at the other end of the chain of life.”

The expedition was conducted on the specially commissioned AMAALA Explorer, a former record-breaking 110-foot racing maxi-catamaran that was converted into a scientific research ship with zero carbon emissions. It functioned as the expedition’s lodging and lab.

HSH Prince Albert II of Monaco on 15 October 2020 was on hand to bid the crew farewell from the marina of the Yacht Club de Monaco. The AMAALA Explorer made port calls in Porto Cervo, Italy; Barcelona, Spain; and La Seyne-sur-Mer, France where water samples were handed over to scientists, before returning to Monaco.

The vessel and expedition were skippered by Yvan Griboval, who worked with a team of scientists specialised in the study of organic contaminants, including an onboard Swedish marine scientist Linn Sekund and AMAALA Director of Sports Marc Archer.

A short documentary film about the expedition, in English and French, will be distributed in 2021, along with scientific results in late 2021 and scientific publication in late 2023. 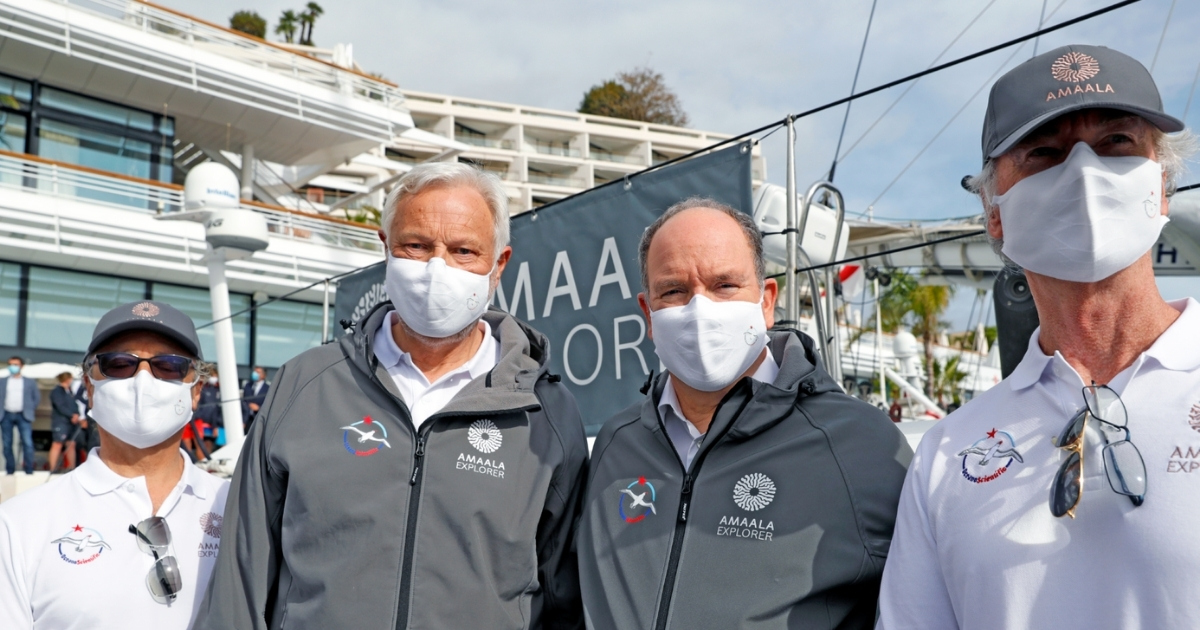 Designed to evolve and elevate the very best in travel, AMAALA, located along Saudi Arabia’s north western coast, is an ultra-luxury destination that focuses on transformative personal journeys inspired by wellness, arts, culture and the purity of the Red Sea.

A Public Investment Fund company and a key contributor to Vision 2030, AMAALA will establish new standards in luxury and sustainability, catering to the world’s ultra-high net worth individuals. It is set in the Prince Mohammad bin Salman Natural Reserve across three unique communities. The 4,155 square kilometre (1,604 square mile) year-round destination will include 2,800 hotel keys and more than 900 private residential villas, apartments, and estate homes, alongside 200 high-end retail establishments, fine dining, wellness and recreational facilities.

AMAALA’s trio of communities – Triple Bay, The Coastal Development and The Island – will represent three different experiences for visitors.

The unique heritage and unspoiled landscape of AMAALA will allow travellers to immerse themselves in the finest wellness, art, culture, sports, and fitness offerings. With close proximity to major destinations in the region, including Riyadh, Dubai, and Istanbul, AMAALA will become the heart of the Riviera of the Middle East.

OceanoScientific Expeditions are coordinated by its two associations created in 2007 at the Maison des Océans in Paris and in 2019 at the Yacht Club de Monaco. OceanoScientific bears witness, raises awareness and educates the widest possible audience on the causes and consequences of climate change and plastic pollution and calls for one and all to respect, love and preserve the Ocean and its biodiversity for the benefit of future generations.

OceanoScientific conducts oceanographic observations according to the standards and recommendations of United Nations agencies and the international scientific community in regions of the seas seldom explored if at all, and contributes to the global reach of the Principality of Monaco and promotes its actions to safeguard the environment.