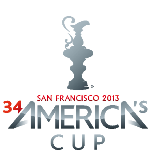 Cup director Iain Murray is a man under pressure after a successful protest against two of his 37 safety recommendations.

A jury has upheld Team New Zealand and Luna Rossa's protests, deeming he had overstepped his jurisdiction.

But there is a call to allow Artemis to race despite not being able to comply with the new regulations.

Murray had vowed not to let any team sail if they didn't comply.

Commentator Peter Lester says Murray should stay in the role.

"He has got knowledge, he's been through the cup, he is a designer.

"I would be fearful if he did resign, who would take his place.

"And that role is pretty important."

Lester says Murray has been made a scapegoat.

"He's been hung out to dry in my mind.

"And I think Iain, and not just because of this decision, has been under huge pressure for a little bit of time. You just look at his body language.

"Should he resign? I don't think so."

"I think Iain Murray will stay in there but he has been under the pump, and this decision is a bit of a body blow for him."

Murray had pledged to tell the Coast Guard that the regatta won't be safe if his recommendations aren't in place.

That is an issue still to be resolved, but as Team New Zealand and Luna Rossa comply, racing in the Louis Vuitton Cup will continue. Murray has met with the three teams in the challenger series, with all teams needing to consent to Artemis racing in order for the Swedish team to be cleared.