Yachting News » Of Interest » Yachting: Greece; plans made to improve sea infrastructures
« BACK 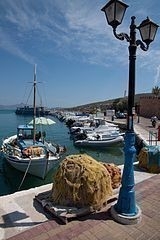 (ANSAmed) - ATHENS, DECEMBER 19 - Greece's new Zoning Plan for Tourism recently announced provides for an increase in the network of marinas, small ports and harbors in the Ionian Sea, the eastern and southeastern Aegean, and the Saronic, Argolikos and Pagasitikos gulfs, among others as daily Kathimerini reports. It adds that Greece should ensure the supply of sufficient services, including refueling, for recreational boats through the rational dispersing of tourism port infrastructure, with the aim of creating a network that will have a suggested distance of 30 nautical miles between marinas and 15 nautical miles between marinas and small ports or harbors. Meanwhile a survey that consulting firm McKinsey delivered to the Association of Hellenic Tourism Enterprises (SETE) concerning the development of Greek tourism includes yacht tourism among its priorities. It argues that locations for the creation of another 15 to 20 marinas have to be found around the country, in addition to the marinas planned by state privatization fund TAIPED. McKinsey adds that marinas must be upgraded to offer a minimum standard of services on a permanent basis. The survey found that just 12 marinas around Greece, including six in Attica, offer high-level services. (ANSAmed).