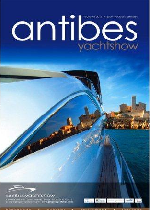 On Saturday 20th April at the Antibes Yacht Show a first of its kind took place. The Prestige Yacht Auction, the first superyacht auction to take place at a boat show, was held at 3pm in the VIP Tent and on the docks. WIth eight yachts larger than 30m for sale via the auction this was posed as the biggest event in superyacht auction history. And, for this reason, there was a live video link from Monaco, the home of many superyacht owners, and the location of today's only buyer.

The superyachts included in today's auction consisted of Benetti's 35m Paradigm, Heesen's 30m Matanthar(whose captain was present at the auction to witness the future of his vessel), Proteksan's 44.5m Costa Magna, CRN Ancona's 40m Ava, Tecnomar's 35mGinevra, and in the 'Iconic Yachts' category: Dodge Brothers' 78m SS Delphine and Schichau's 77.7mLone Ranger. Proteksan's 55m motoryacht Turquoise, which in the past has been up for auction a number of times with an online yacht auction company, was withdrawn from the auction, while on the smaller side 25m motoryacht Oracle Star was added at the last minute.

The success story of the afternoon was Schichau's 77.7m converted tug Lone Ranger. Having done two round-the-world trips with her owners and having been to both the Arctic and Antarctic, she proved popular, with a number of bids and her eventual sale.

However, despite the palpable excitement, the atmosphere declined throughout the one and a half hours of the auction as it became evident that the majority of those present were there to witness the event rather than as potential or probably buyers. Though the dock was full, those present soon revealed themselves as spectators, not buyers, and this became evident when out of a lot of 37 just one resulted in a successful sale...