The Ocean Race Calls for a Universal Declaration of Ocean Rights 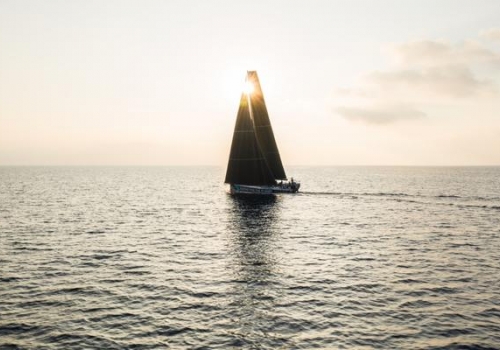 The Ocean Race, the round-the-world sailing event known as the toughest test of a team in sport, and its global collaborators - including the Government of Cabo Verde - took a major step forward in their efforts to give the ocean a voice and make it an international legal entity.

Yesterday, June 30, a side-event at the United Nations Ocean Conference gathered leading voices to analyse how action to legally recognise and protect the intrinsic value of the ocean can be accelerated. Speakers included Prime Minister of Cabo Verde, Ulisses Correia de Silva, Former President of the Republic of Seychelles, Danny Faure, Callie Veelenturf from the Earth Law Center, The Ocean Race Chairman Richard Brisius and Kristina Gjerde, Senior High Seas Advisor to the IUCN Ocean Team and Advisor to the Schmidt Ocean Institute.

Prime Minister of Cabo Verde Ulisses Correia da Silva said: "As for other Small Island Developing States (SIDS), for Cabo Verde the sea is a big part of our existence. It also represents our relationship with the rest of the world. In the race to protect it, the Universal Declaration of Ocean Rights is fundamental: rules are needed to protect the ocean from the impact of climate change, pollution and overfishing. The Universal Declaration of Human Rights is a good reference for us - it defends the dignity of human beings. The Universal Declaration of Ocean Rights defends the planet and humanity itself. It is not an option for us, it is an obligation. That is why we are here: to join our voice to make it a reality by 2030.”

Cabo Verde will be a Race stopover for the first time during the next edition of The Ocean Race, which starts in January.

Former President of the Republic of the Seychelles, Danny Faure, stressed: "There is a need for a paradigm shift for rights concerning the ocean. Rights that govern our relationship with the ocean must be elaborated and recognised for all our benefits. Enshrining a framework that could efficiently ensure that human-activity is kept in check and in balance with the health of the ocean to ensure that it can continue to provide food security, build the planet’s resilience to climate change and provide an equitable and sustainable future for today’s generation and the next, is essential.”

Representing the Earth Law Center, marine conservation biologist and National Geographic Explorer Callie Veelenturf also touched upon Human Rights as a reference for the protection of the ocean: "In 1948 the General Assembly of the United Nations proclaimed the Universal Declaration of Human Rights due to the annihilation of people as a result of World War II. Today we are amid the sixth mass extinction and a devastating zoonosis resulting from the annihilation of Nature. Now is the time not to lose hope but to make inspiring proposals on an ethical and moral level to unite the nations of the world behind a common goal. For more than 75 years, the United Nations has tried to give a voice to the voiceless and it's time we manage to do the same for the ocean, while we still have the time. Just as the UN Universal Declaration on Human Rights changed the world forever, let the UN Universal Declaration on Ocean Rights do the same, and let us create this system change together.”

Addressing the audience, Race Chairman of The Ocean Race Richard Brisius recalled how racing around the world for the first time over 30 years ago changed his life “for good”. “As a sailor you get a very special bond to the ocean, you care for it and you respect it, because you understand that the ocean is our number one life support system on the planet,” he said. “In sports we like fair play and clear rules, but there is no fair play for the ocean. We need more effective laws and a clear Rule Book for the ocean. This is why The Ocean Race is working towards a Universal Declaration of Ocean Rights. A legal and ethical compass defining our relationship with the Ocean. We have to stay constructive and keep moving forward.”

Kristina Gjerde, Senior High Seas Advisor to the IUCN Ocean Team and Adviser to Schmidt Ocean Institute, wrapped up the event warning: “Nature is getting impatient: we are seeing many signs of ocean destruction and degradation and its impacts on humans on shore. A Universal Declaration of Ocean Rights provides a wonderful opportunity to galvanise human forces -humanity- to recognise our responsibility to one another and our kinship to the ocean and an opportunity to rally together as one to help to restore the health of the ocean.”

Co-organised by The Ocean Race, the Earth Law Centre, the Government of Cabo Verde, the Mirpuri Foundation, the Danny Faure Foundation and the Government of the Seychelles, the event was part of the 2022 UN Ocean Conference held in Lisbon, which aims to mobilise global support for an ocean besieged by the triple planetary crisis of climate change, biodiversity loss and rampant pollution.