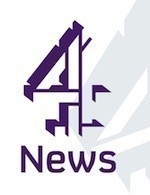 The story begins in the slums of Eastleigh, a sprawling suburb of Nairobi in Kenya and home to a huge Somali community.

There I met Adan. He and his friends are running an industry that had been fooling some of the best journalists from around the world. Their business? Pretending to be pirates.

"We pretend because we have the talent," Adan told me. "They (journalists) go to the boss and say we need pirates. The boss comes to us and says the white men need pirates. So he says 'pretend to be a pirate'."

Somali pirates have been much in demand and where there is demand, someone is already to supply. Tapping into that demand, a group of men built a small industry: pirating the pirates.

The scam is coordinated by the "fixer". He offers journalists the opportunity to interview real live pirates - for a fee. Touting his local knowledge he promises to reach parts of the community a western journalist never could.

There then follows an elaborate scheme to convince journalists it is all legitimate. The "fixer" drives westerners around, sometimes for days in search of the elusive pirates, telling journalists its too dangerous yet to approach them.

As well as trying to convince westerners that they are genuine, it is also about making lots of money: the more days they work, the more they earn.

The scheme culminates in sit-down interviews with the so-called "pirates" - interviews that have made it into the venerable pages of Time magazine and been broadcast in documentaries, one of which was reportedly shown in some 18 countries across the world.

The "fake pirates", including Adan, are not even Somalis. Many of them are Kenyan. Many are Boran, an ethnic group that lives in southern Ethiopia and northern Kenya.

In his day job, Adan works in a restaurant, but the money he makes acting the pirate is far greater.

Adan was delighted to tell me how much he makes. "My daily fee is $200. I depend on myself. I'm an asset, not a liability."

Adan is relatively new into the industry. However, "Bashir" - not his real name - has been in the trade a long time. He was harder to convince to come clean but eventually admitted he was no pirate but an "actor". He now says he cannot believe anyone thought he was a pirate in the first place.

Despite this, "Bashir" featured in a 2010 Danish documentary pretending to be one of Somalia's most feared pirates. The film was made by Rasmus Krath, a prominent Danish investigative reporter, and was broadcast by the Danish Broadcasting Corporation DR.

In a statement to Channel 4 News, DR said: "That one, out of the many pirates met in Rasmus Krath's documentary, should be an actor, does not change the overall credibility of the film."

The Danish film was just one of many interviews "Bashir" gave to different media organisations over the years. Here he is again, this time in Time magazine.

In its April 2010 edition, the magazine reports: "Bashir bared his black, rotted teeth every time he smiled.Bashir was once a fisherman. The pirates wanted to hire him because he knew how to swim, a valuable skill he could teach other recruits.

"He told me: 'We are the ones out on the water taking all the risks and suffering'."

In fact, "Bashir" says that he has never even been to Somalia. For me, as a Somali, it was very easy to recognise which particular region he comes from.

Because of his accent I know he is a Somali-Sijui. In the north-eastern province of Kenya, there are more than two million ethnic Somalis, who are known as Somali-Sijui.

"Bashir" claims that all these years of giving interviews, he thought he was just taking part in a drama film.

"The fixer tells us it is drama film," he told me. "The white men want it and we get paid. We act and the film has to look real. "Whether you accept it or not, there are no pirates here.

"Why would a pirate act in a film when they have money? Pirates have money. Why would they do this? They don’t have time to tell their stories to white guys for money."

Adan has no regrets and feels no remorse. "You know, western guys they think the Africans are fools. But we have discovered we are not fools. We are much cleverer than the western people. We are fooling them, but they think they are fooling us."

But for Adan life goes on; there is money to be made. And as I was about to say goodbye to Adan his phone rang. Was it his next job?

(Source: 4 News. To view the original story and to see the video journalism, click here.)