Posted: 8th May 2013 | Written By: Nicole Winfield – The Associated Press 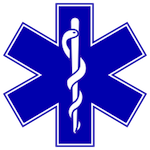 ROME (AP) — Rescue workers in diving gear found seven bodies Wednesday in the wreckage after a cargo ship slammed into the dock at Genoa, toppling the busy Italian port's control tower into the harbor.

Four people were hospitalized and two others remained unaccounted for, Luca Cari, spokesman for the fire rescue teams at the scene, told The Associated Press.

The crash occurred around 11 p.m. Tuesday during a shift change in the control tower, as the Jolly Nero cargo ship was leaving port accompanied by tugboats.

By Wednesday morning, all that was left of the tower was its mangled exterior staircase, tilted on its side. The tower itself — which was located on the edge of a dock jutting out into the harbor — was either in the water or in a heap of rubble and steel on the dock.

Cari confirmed the seven dead, saying rescue crews recovered several of the bodies from an area near the tower's submerged elevator. There were fears that those still missing might be trapped inside the elevator, Cari said.

There were no reports of missing ship crew.

"This event is unbelievable because we had the best weather navigation conditions," said Luigi Merlo, president of the Genoa port authority. He declined to speculate on a cause, saying the ship had plenty of room to maneuver in the harbor and shouldn't have ended up so close to the dock.

One theory prosecutors were considering was that a possible mechanical failure aboard the ship left the captain unable to steer it properly, Italian news reports said, citing prosecutor Michele de Lecce.

Mauro described the ship, the Jolly Nero of the Ignazio Messina & C. SpA Italian shipping line, as somewhat unique in its height, so that the full weight of the ship slammed "violently" into the tower itself, not just the dock.

The Genoa-based Messina Line has a fleet of 14 cargo ships, with the Italian-flagged Jolly Nero listed at 239 meters (784 feet) long and 30 meters (98 feet) wide, according to its website.

The five bodies recovered included three coast guard officials in the tower at the time of the crash, a port captain and a tugboat operator, said Cmdr. Filippo Marini, a coast guard spokesman. The bodies of the other two dead were being recovered, he said.

In a statement, Messina said it was fully cooperating with authorities to determine the cause of the "tragic" accident, which it said occurred during a normal maneuver to leave the port. It said Messina Line ships do the maneuver with regularity and are always accompanied by tugboats.

"There aren't words to express the dismay and profound condolences for the victims of this tragedy and their families," Messina said in a statement.

Andrea Furgani, an ambulance doctor and one of the first rescuers, said crews brought four injured to hospitals in Genoa.

"The conditions were critical. They mainly suffered wounds caused by compression, broken bones and wounds on the chest," he told the AP.

The disaster shook a nation that just a year ago witnessed another shipping tragedy when the Costa Concordia cruise ship slammed into a reef off Tuscany on Jan. 13, 2012, killing 32 people.

Parliament held a minute of silence Wednesday for the victims in Genoa, the mayor of Genoa proclaimed a period of mourning and Italian President Giorgio Napolitano sent his condolences to the victims' families on behalf of the nation.

Genoa's port, located on Italy's western Ligurian coast, is Italy's busiest in terms of cargo handling, according to the port authority website. It is also a major port of call for cruise ships sailing the Mediterranean.