She of the Sea Launches Gender Diversity Pledge 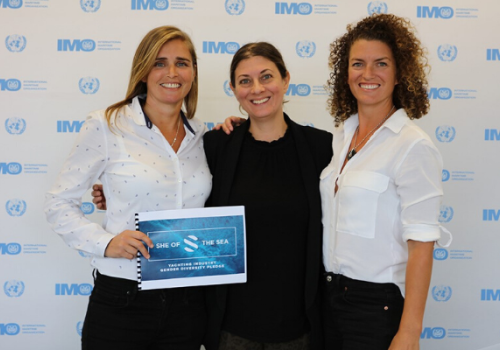 When Jenny Matthews launched She of the Sea back in 2018, it was because she wanted to see the industry at its best. After passing the Officer of the Watch 3000gt, she became distinctly aware that, after nearly seven years at sea, she had never worked with another woman on deck and had barely ever seen one.

This curiosity led her to start She of the Sea – a community of professional women in the yachting industry – and she has now garnered an incredible network of women from all corners of the world working in the typically male-dominated roles, and of course, the many men and women who champion them along the way.

With support from all corners of the industry, Jenny and her business partner Natasha Ambrose have now launched the yachting industry’s Gender Diversity initiative, which they introduced earlier this month at the Superyacht Investor Conference 2020, where over 200 of the yachting industry’s decision-makers gathered to discuss all things yachting.

Calling for industry-wide action to collectively commit to re-writing the narrative of women’s roles in yachting, the pledge states: “We are committed to building practices and cultures that actively facilitate, cultivate and celebrate gender diversity, at all levels, throughout our organisation and our industry”, and the pair are currently signing up signatories to serve as industry leaders by making clear their intent to create positive change within their respective organisations, and collectively, across the yachting industry.

"We started She of the Sea because of our passion for our industry, and the vision of seeing it at its best,” Jenny told OnboardOnline. “The global conversation around diversity and inclusion has been going on for years. Organisations around the world have been reshaping their cultures and policies to embrace the untapped pool of female talent. Statistics have proven time and time again that diverse teams out perform any other, so much so that the conversation is no longer “is diversity good?”, but “how do we harness the benefits?”. 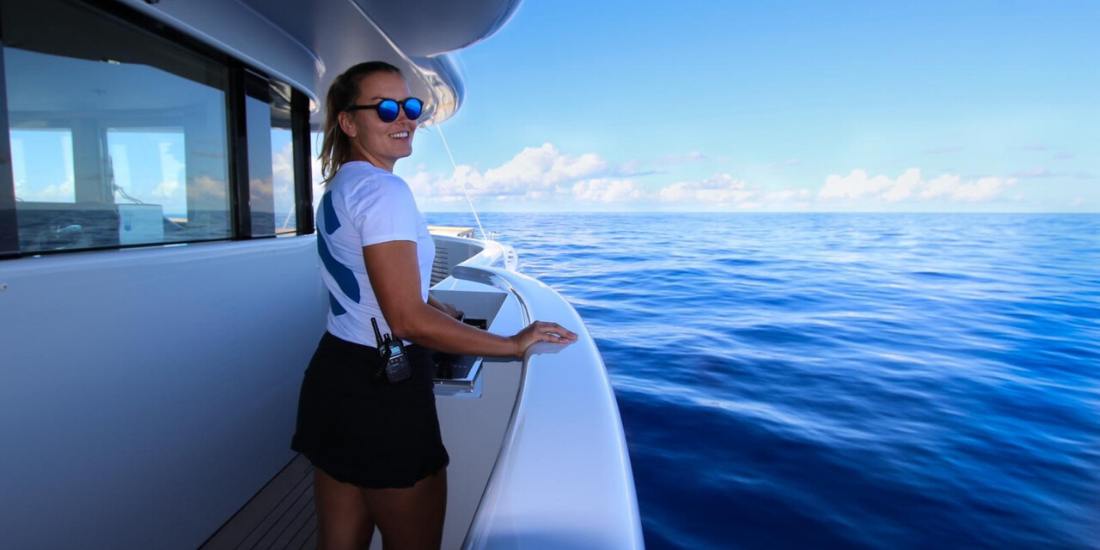 “It’s now yachting’s turn to join in this conversation, and by opening the door with women, we hope to see diversity embraces in all its forms. The conversation is one of hope and opportunity. It’s not about who does it better, but how we, as an industry are better together.”

The first wave of signatories will be released on International Women’s Day on Sunday March 8th, and by signing up, individuals and companies must commit to reporting and monitoring gender diversity data, publishing their progress, conducting fair recruitment processes and more, and in return will receive everything from marketing promotion and features from the She of the Sea team to access to an exclusive Gender Diversity Forum.

Natasha also says a core part of the She of the Sea campaign is to let schoolchildren know that working as an officer or engineer on a superyacht sailing the world was a viable career no matter their gender – if they worked hard at maths and science. “The only way to really change things is to get people enthused when they are young,” she told The Guardian newspaper. “Our phrase is, ‘If she can see it, she can be it,’ and we’re planning our own roadshow to schools in the UK and across the world to encourage girls to study science, maths and engineering so that they can take career paths like this.”

When it comes to gender diversification in the superyacht industry, the current landscape is dire, with certification statistics from the MCA showing that there are only 60 MCA yacht certified female captains and officers in the entire 10,000+ strong global superyacht fleet – less that 5% of the industry.

Interested in becoming a signatory? Simply register your interest here to receive a comprehensive Pledge handbook on the resolutions and how you can support the Yachting Gender Diversity initiative and show your commitment to helping the industry become the best it can be.