Sales to Rise Even as China Slows Down 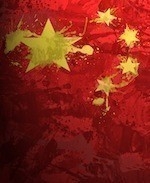 China’s economy may be losing its momentum but the rich aren’t losing their appetite for big, shiny superstructure toys. The richer they are, the bigger the Ferretti docked in Hong Kong.  The rich Chinese are definitely not losing momentum. They’re actually gaining some.

Last year, just 5% of China’s overall millionaire count said they would be buying a yacht of some kind this year. The higher up the pay scale you are in China, the more apt you are to buy a power boat. Around 15% of those with a net worth of 100 million yuan, which is roughly $16.6 million, said they’re yacht shopping in 2013.

The number of yachts in China will increase to about 100,000 in 2020 from about 3,000 last year, with the value of China’s yacht business estimated to be 50 billion yuan ($8.16 billion) by then, the China Cruise and Yacht Industry Association (CCYIA) aid in its annual report, released last month. Plus, improvements in infrastructure, such as marinas, is high on the agenda at the State Council in Beijing. They want more yachties.

“I think that in the near future, boating will become a new lifestyle for mainland residents, who prefer self-driving, just like it happened in Hong Kong,” Lars Petersen, a manager at Jebsen Marine, a yacht dealer, said in China Daily on Wednesday. Petersen said China’s yacht industry was in its early stages, and will soon move to the second phase in terms of different usage of the boats. That will have yachties using their boats for business and entertaining, rather than family and friends.

CCYIA said the same thing in its report.

“Due to the growing number of wealthy people and an upgrade in consumption levels, the demand for small and medium-sized yachts will explode,” the report stated. “The market size of the private yacht market will be about 35 billion yuan by 2020.”

Life at sea is catching on in China. It’s becoming a lifestyle. Yacht brokers love it. So do cruise companies.  A Costa Cruise ship will debut next year sailing from Shanghai to Europe in 83 days, organizers said Saturday. The trip for 2,680 Chinese travelers will set sail on March 22 on board the Costa Atlantica.

It’s a lot bigger than a 50 foot motor boat with a nicely appointed main saloon below decks, but cruise tourism and pleasure boating are markets that continues to expand with China’s rising incomes.