Yachting News » Of Interest » Rupert Murdoch to Sell His Yacht
« BACK

Rupert Murdoch to Sell His Yacht 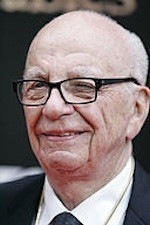 Rupert Murdoch is parting with one of his favorite trophies—his yacht.

Less than three months after filing for divorce from his wife of 14 years, Wendi Deng, Rupert Murdoch has listed the family's 184-foot sailing yacht called Rosehearty. The asking price: $29.7 million.

You can see the listing here, at Camper & Nicholsons International, the yacht broker and charter company. Camper declined to comment on the seller or the reasons for the sale. A spokesperson for Murdoch confirmed the listing.

Yacht brokers said Murdoch had not been spending much time on the yacht in recent years, and that Wendi had been using it more often. A person close to Murdoch said the reason for the sale was not related to the divorce.

"Rupert works all the time," one broker said. "He loves the boat, he loves to sail, but he doesn't really use it much." The yacht was built in 2006 by Perini Navi, the Italian shipyard known for its luxurious, sleek sailing yachts. Rosehearty has a crisp, modern interior by the famed French designer Christian Liaigre, with five suites for 10 guests, including two VIP suites. The main mast of the yacht towers at 193 feet and it has a sail area of 16,792 square feet.

The boat also has plenty of "toys" on board, including water skis, a wakeboard and full sets of diving gear. The deck also has a large Jacuzzi.

It's fully equipped for a media mogul, with wireless Internet and plenty of plasma televisions in the cabins.