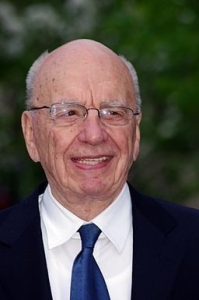 Rosehearty, the $29.7m (£18m) family sailing yacht owned by News Corp and 21st Century Fox chairman Rupert Murdoch, has been sold after less than four months on the market.

The deal was completed shortly before Christmas by Alex Lees-Buckley, a broker in the Monaco office of Camper & Nicholsons, which has been “producing and managing yachts for the world’s richest people” since 1782.

Mr Lees-Buckley could not be reached for comment at the weekend, and the identity of the buyer and the sale price are as yet undisclosed.

Mr Murdoch put the 184-ft yacht on the market in September, three   months after filing for divorce from his now ex-wife Wendi Deng.

But the sale was reportedly unconnected to the media billionaire’s marital split. At the time, one yacht broker told CNBC: “Rupert works all the time. He loves the boat, he loves to sail, but he doesn’t really use it much.”

Rosehearty was marketed as a “majestic” sailing yacht, built in 2006 by Perini Navi, the Italian shipyard. Her interior is designed by Christian Liaigre, the French designer, with space to sleep 12 guests.