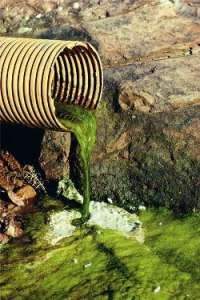 The Rio bay where the Brazil Olympics’ sailing competitions will be held won’t be clean for the games in 2016, the city’s mayor has said.

The city had promised to clean up the Guanabara Bay and reduce pollution by 80%, but the mayor admitted that it would not meet that target.

Sailors that have visited the site have described it as a dump, and reported dodging waste including discarded furniture, floating dog carcasses and even human corpses.

But the country has said that the events will be held in a less polluted part of the water, outside of the bay or at its entrance.

The New York Times has described how Thomas Low-Beer, a Brazilian Olympic hopeful who sails in the bay, shuddered when recalling how he crashed into a submerged sofa and was capsized into the bay.

Millions of litres of untreated sewage are dumped in the bay every day, and locals tend to avoid bathing from the beaches inside it. The city has built new self-contained beaches for residents to swim in.

"I am sorry that we did not use the games to get Guanabara Bay completely clean," Rio's mayor, Eduardo Paes, told a press conference.

The bay will see its first events this summer, in the first official test event for the Rio games. Britain has announced a squad of 30 that will compete across all 10 events, in the same courses designated for 2016.