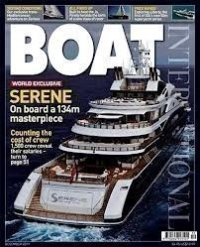 The deal value was undisclosed but understood to amount to slightly more than £10m.

The investors will support the management team in its strategy of developing Boat International's print media platforms as well as accelerating its transition to digital.

Launched in April 2013, Pembroke VCT was established to invest in early-stage consumer-facing businesses with a target size of £20m. The fund seeks to invest for 3-7 years in smaller private companies with the option to hold shares in businesses quoted on AIM and ISDX. Peter Dubens is the founder and a non-executive director of Pembroke.

The company also owns a yacht database, as well as a social and business networking tool for yacht captains and crews.