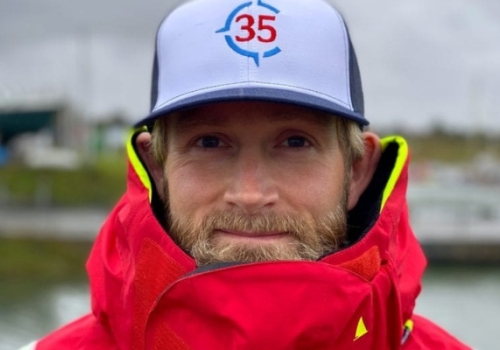 Pelorus are excited to announce that co-Founder Jimmy Carroll will be taking on the Talisker Whisky Atlantic Challenge, a 3,000 mile ocean rowing race taking place this December.

His team, Latitude 35, will tackle 30ft waves and face mental battles too; but for Jimmy, it is a chance for a world record and the first major fundraiser project for the newly established Pelorus Foundation.

Whilst working on exciting projects for Pelorus, Jimmy has been using lockdown for vigorous training and preparation for the upcoming challenge, a 3,000-mile haul across the Atlantic in a 28ft rowing boat. These four men will together tackle 30ft waves and face mental battles, whilst being completely self-sufficient at the hands of the mighty Atlantic Ocean.

Here's what Jimmy has to say as he prepares to embark on the adventure of a lifetime… Deemed the world’s toughest row across the vast depths of the Atlantic, the Talisker Whisky Atlantic Challenge is an ordeal unimaginable for the vast majority of people.

Will this be your most challenging adventure to date?

No stranger to endurance events, Jimmy has already completed his fair share across the globe. “From ultra-marathons to endurance bike rides, rowing across the Atlantic has always been something I have aspired to.”

As well as having been appointed expedition manager for Xtreme Everest 2, Jimmy also created the London to Monaco bike ride in aid of the Blue Marine Foundation, a charity supported by his previous company, claiming “I have always been slightly mad for these kind of endurance events.”

“Rowing across the Atlantic is undoubtedly one of the hardest endurance races there is, so I was very lucky when the unique opportunity arose earlier this year to be a part of the accomplished adventure team, Latitude 35. 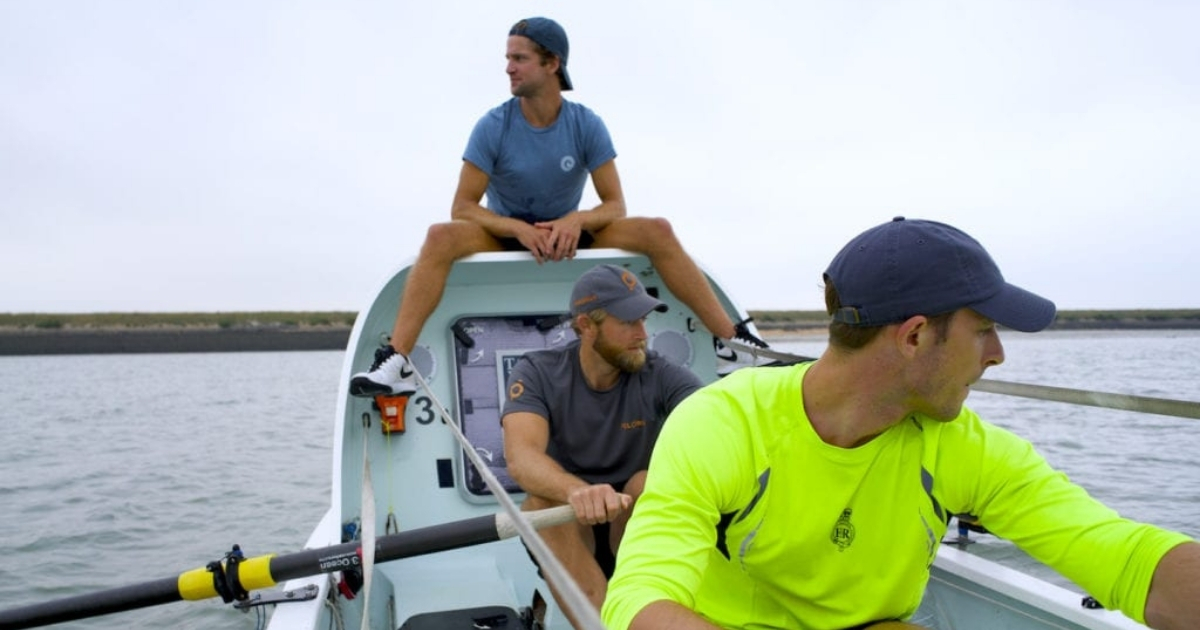 What is your motivation behind this challenge?

“I am doing this for the Pelorus Foundation, and what better initiative to kickstart our first fundraising initiative. The ocean is an absolute passion of mine and we really need to preserve it as a vital ecosystem to our planet.”

Preserving and protecting the ocean is Jimmy’s motivation which keeps him persevering, as he explains his connection to the ocean originated from a young age. “From being a day yacht skipper and having always enjoyed sailing, to becoming an advanced diver. On Pelorus trips that is certainly one of the special aspects, being able to take clients diving and show them an underwater world that they may have never experienced before. By rowing across the vast expanse of the ocean, I don’t think you can become more connected to it in any other way.

The team you surround yourself with is very important

Jokingly branding solo rowers “utterly nuts”, Jimmy solidifies his appreciation for being a part of a four man boat, preferring the idea of company for such a long stint amidst the wilds of the Atlantic ocean. “It was Todd Hooper who initially asked me to join the team. Jono was also in the army, but we didn’t cross paths until now. Dixon, our team captain, I had to wait to meet him in person as he is based in New York.” 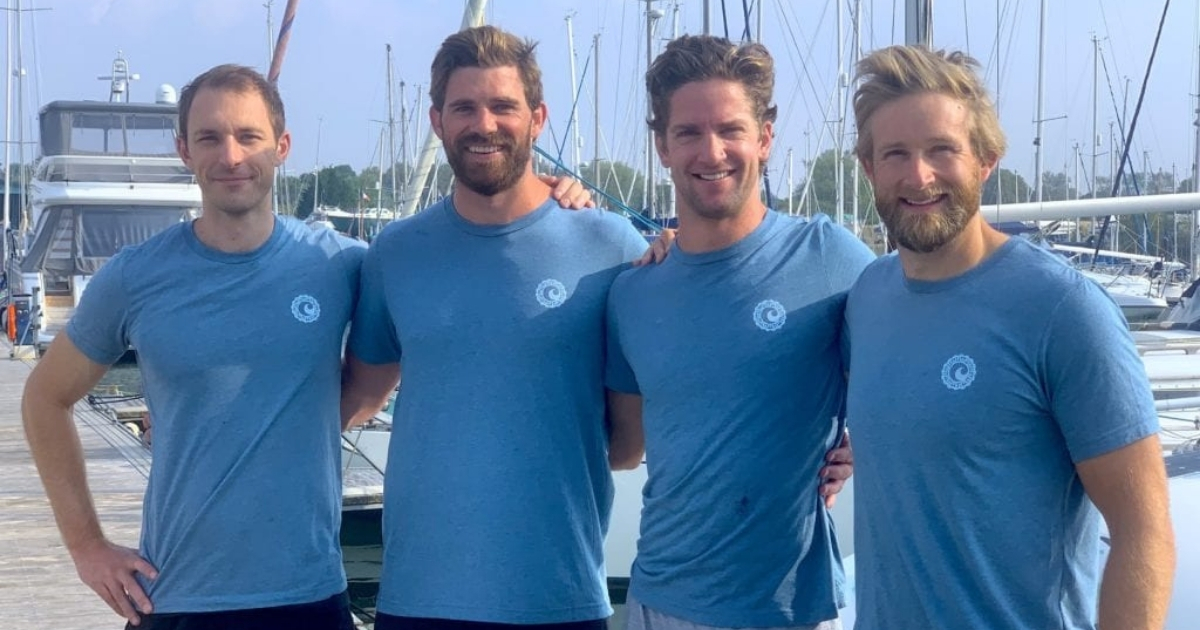 From living on separate continents whilst in a global pandemic, preparation has proved unique. Unable to meet any earlier, training together as a team has been compounded into a small period of time. “A 28ft boat housing four men for a lengthy period of time is unnatural. You are naked a lot of the time and there is no privacy. We also need to be very open with one another and discuss everything. Therefore a lot of our preparation is not only physical, but it is also that mental resilience that we are building.

Preparation for a challenge of this extent is key

Starting out a novice rower, Jimmy has thrown himself into training. In a challenge where more people have made it to Everest’s summit than rowed across the Atlantic, coping with the demands of this hostile environment require both mental and physical endurance.

“It has been a slightly bizarre year to be working together, from mobility sessions on Zoom, to when the gyms reopened and heavy sessions begun, with lots of hours spent on the rowing machine.” One of the many race requirements is to bank 120 hours of rowing together as a team before starting. “However, three of us are based here in the UK and one of our team members is based in New York. So, we have had to deal with that logistical complexity in order to get all of our training in, which we have managed to do.”

Jimmy admits that although Latitude 35 have had “plenty of good practice, this will probably be nothing compared to what the Atlantic will throw at us. And that is about how you row together, the unison needed, the changeovers and the shift patterns of rowing 2 hours on, 2 hours off.

How will your military background help you persevere?

Eight years as a Captain in a British Army reconnaissance regiment has trained Jimmy to administer himself in an extreme environment, key to battling across the mighty Atlantic.

“I think a lot of it is how you conduct yourself and deal with the unexpected,” he explains. “For the row, we can do all the training we want, talk about all the different scenarios, but ultimately there will be lots of challenges thrown at us which we wont have experienced before.” 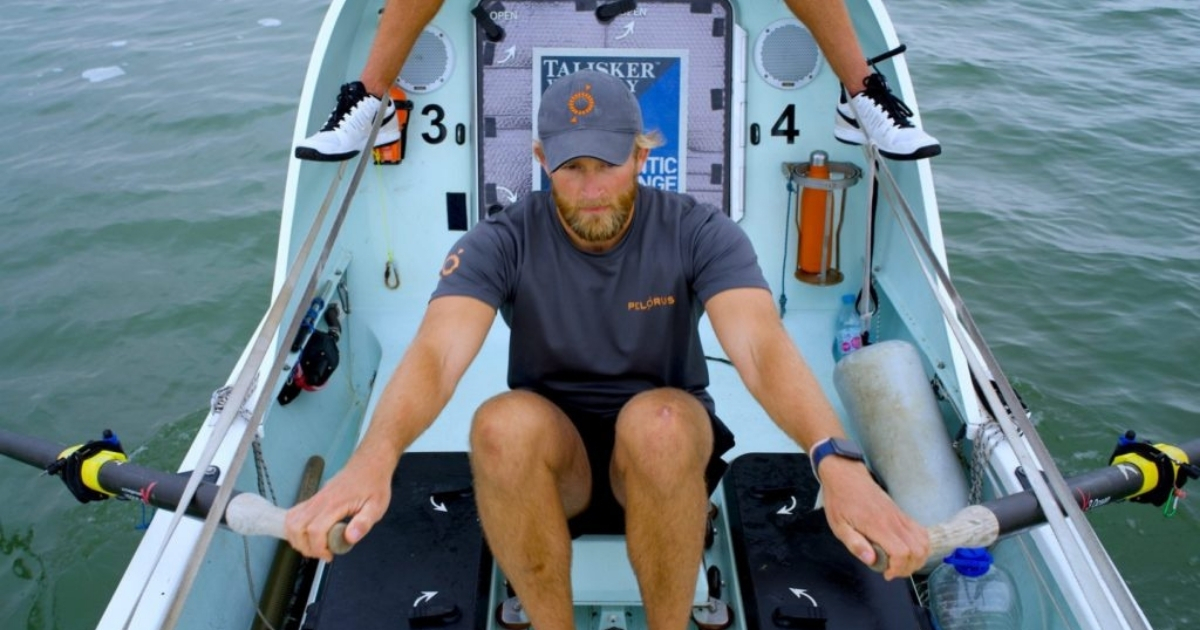 Fortunate for the army conditioning over the years, reacting quickly to a particular situation will be invaluable when self-sufficient amidst the Atlantic. “People with terribly sore hands and enormous blisters… ultimately none of that should happen if you are looking after yourself properly. And then it is the shift pattern, no matter what you have done in the past, be it army or not, it will be a shock to the system.

Good luck to Jimmy and the Latitude 35 team who will be flying to La Gomera, in the greater Canary Island chain on the 1st December to undergo final preparations and depart on the 12th, weather depending. Following a gruelling journey across the Atlantic, stepping onto dry land to a well-deserved week of relaxation and recuperation on the tropical island of Antigua awaits.

Keep an eye out for more news as we follow Jimmy – thanks to sponsors (Inmarsat), the team are fully kitted out with tracking gear, allowing us to follow their journey across the Atlantic.