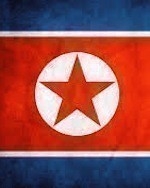 The North Korean captain of the ship stopped as it tried to enter the Panama Canal has been charged with smuggling weapons.

Panamanian officials charged the unnamed captain and his crew on Thursday, in a sign of how seriously they were taking the find. The ship, the Chong Chon Gang, was stopped last week as it was travelling from Havana to North Korea, and was found to be carrying radar and missile equipment hidden beneath tons of sugar.

Panama has 100 police cadets unloading the sugar in sweltering conditions in the port of Manzanillo and have so far only cleared one of the four holds, a Panamanian official said.

Officers on the frigate were first alerted by the fact that the Chong Chon Gang was not issuing a transponder signal as required by maritime law, and suspected it was smuggling drugs, an official told AP.

"It was a drug bust that came up with weapons," he said.

A UN team will arrive in Panama on August 5 to inspect the ship, which is suspected of being in violation of a UN arms embargo.

"Panamanian authorities have assessed the incident as grave and regard the transportation of war material as potentially endangering the Panama Canal," said Diego Moya-Ocampos, Latin America expert at defence consultants IHS Jane's.

"The fact that the authorities have charged the captain and crew, and the substance of the charges, suggests that the contents of the shipment is likely to have breached the sanctions regime."

On Tuesday the Cuban government admitted that the military cargo belonged to them, but said that it was being sent to North Korea for repair. The Cuban government justified the move as an effort to "to maintain our defensive capacity in order to preserve national sovereignty". The statement concluded by reiterating Cuba's commitment to "peace, disarmament, including nuclear disarmament, and respect for international law".

The shipment is the first known delivery to North Korea by the Cubans.

However, IHS Jane's have discovered that a second North Korean vessel made the same trip in the summer of 2012 – an unusual route for ships to take. Only five dry cargo vessels have made this route since beginning of 2010.

Richard Hurley, senior analyst at IHS Maritime, said: "While it is not unusual for the small North Korean trading fleet to frequent other parts of the world, recent developments involving the Chong Chon Gang now place these previous journeys under more scrutiny."

The North Koreans have requested the return of the ship – something which the Panamanians say they are unable to do.

"There are no North Koreans in Panama, and we don't have any plans to respond to them," said Jose Raul Mulino, the security minister.