Following the success of its 2016 campaign, this week MOAS is counting down to Giving Tuesday 2017. On November 28th, MOAS is aiming to raise €35,000, the equivalent of one month’s running costs for an Aid Station in Bangladesh.

Heeding the Pope’s appeal for action on the Rohingya refugee crisis, MOAS has established two Aid Stations in the Cox’s Bazar area of Bangladesh, bringing medical and humanitarian aid to thousands of destitute people. This is the first time MOAS has worked on land rather than at sea, having shifted operations to southeast Asia in September 2017. The first MOAS Aid Station was inaugurated in Shamlapur on the 14th of October. This facility serves the refugee camps that have sprung up around the fishing village of Shamlapur, providing medical assistance both to their Rohingya population and to the local Bangladeshi community. With 33% of patients under the age of 10, the station focuses primarily on antenatal and paediatric care. In response to the area’s critical humanitarian need, MOAS is also delivering and distributing shipments of food and non-food items.

Based on this established model, a second Aid Station was launched near the Unchiprang refugee camps on the 13th of November. Located next to the Teknaf wildlife reserve, these remote camps are difficult to access, meaning few medical organisations have been able to reach them. The MOAS Aid Station is equipped with autonomous energy and water systems, as well as a maternity room and a surgical area. It also focuses on providing preventative nutritional assistance to combat high rates of malnutrition.

Over the past two months the MOAS Aid Stations have successfully delivered specialist medical assistance to one of the world’s most vulnerable migrant populations. Refugees and local residents have been able to access urgent treatment for diseases like cholera and diarrhoea, while pregnant woman have received crucial ante-natal and post-natal care. And this month MOAS has even helped to deliver the next generation: on the 12th of November at 1pm the medical team in Shamlapur assisted the delivery of a Rohingya woman, who gave birth without complications to a healthy baby boy. The founder of MOAS, Christopher Catrambone, says: “MOAS has managed to innovate and move past multiple obstacles to bring medical care to Bangladesh. MOAS’ highly responsive operational model, combined with the international and local expertise of our team, means that we are well-placed to deliver highly effective care, continuing MOAS’ history of providing specialised humanitarian interventions wherever they are needed the most.”

Over the coming months, MOAS aims to open two more Aid Stations in Bangladesh. Every day, each station cares for up to 300 people, meaning this MOAS appeal will impact the lives of thousands.

Its Giving Tuesday campaign is supported by Foxes, Marama Corlett and Charlie Gilmour, who says: “Over 600,000 Rohingya refugees have crossed into Bangladesh from Myanmar since August of this year. Right now this is the most significant humanitarian crisis we face. These refugees are in desperate need of food, clean water, medicine and support.

"MOAS is on the ground as we speak, providing medical care and aid to those who need it most.

"Give whatever you can to MOAS and help them raise a month’s running costs in a day for Giving Tuesday 2017. Make a difference. Donate Now.”

To support the MOAS appeal and help us achieve our goal of raising €35,000 towards our Aid Stations, visit: moas.eu/giving-tuesday-2017 MOAS is an international charity dedicated to mitigating the suffering of people risking their lives to find safety. Since it was founded in 2014, MOAS has rescued and assisted over 40,000 men, women and children in the Central Mediterranean and Aegean. Operating both with maritime assets, in the form of the vessel Phoenix, and on-ground aid stations, the MOAS team is made up of operational specialists and international humanitarians.

In response to the escalating Rohingya refugee crisis along the Myanmar and Bangladesh border, in September 2017 MOAS shifted operations to Bangladesh, where it is working to deliver aid and assistance to displaced Rohingya people.

MOAS continues to advocate for long-term solutions and the creation of regularised alternatives to sea crossings, as stricter border controls, deteriorating conditions in transit countries and a lack of alternatives are forcing asylum seekers to take still more dangerous routes, both on land and sea. 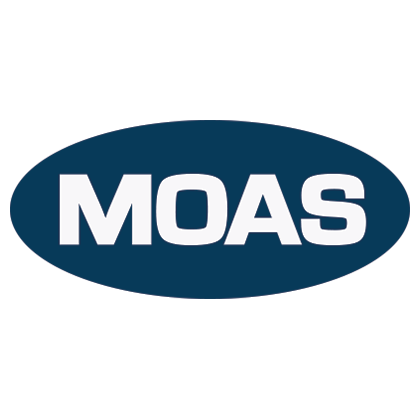